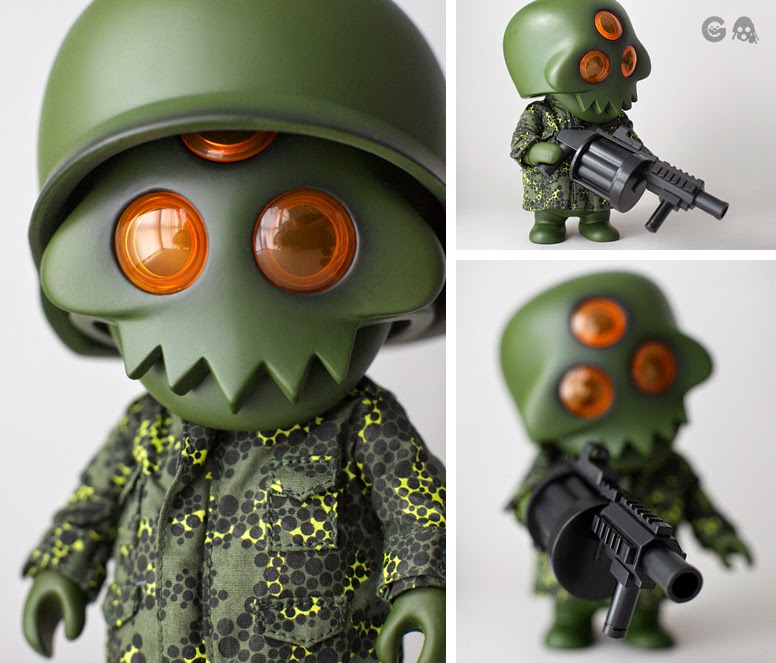 The best wars are the ones you know you can win and in which you will not come out maimed physically or mentally.  I've never been in a real war with like, guns and stuff, but I have gotten quite good at waging psychological warfare at work.  You pick the weakest person, break them down to flex your superiority, then hope that the example is noticed by anyone else who may get in your way. Look, I'm trying to work out my problems but you can't expect change over night.  Or over many years.  I take things slowly.

If I was going to invade another country for real I'd love to have a couple thousand of these little guys on my side.  At 6 inches tall there would be no issue when it came to infiltrating the enemy, and that face looks pretty ruthless.  We're not taking prisoners here people, this is an annihilation!  I just felt like Patton there for a moment.  I think a trip to the Army surplus store is in my future.

Ferg is the master of plastic warfare and is unleashing his newest creation this Monday at noon central time.  Build up your army when they go on sale at http://store.projectsquadt.com. 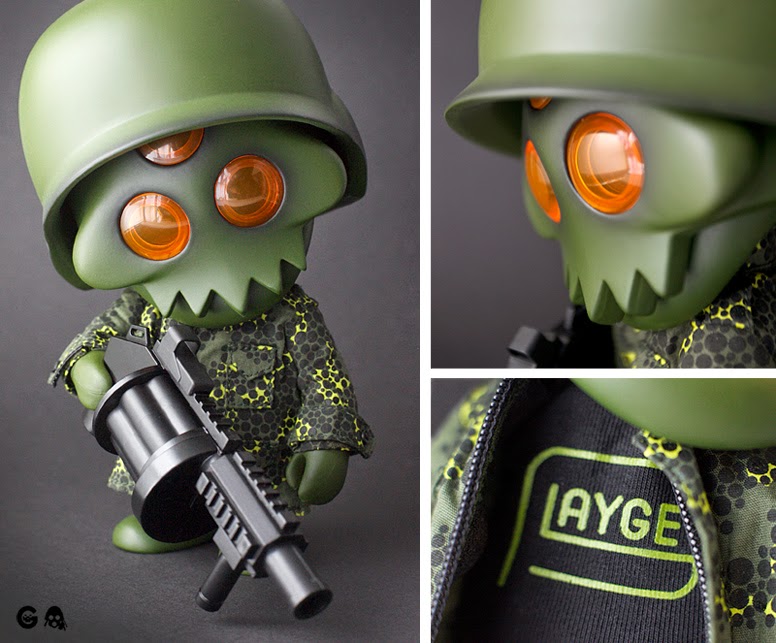