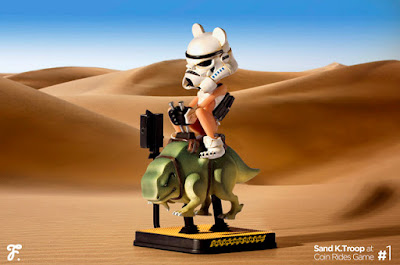 Ok, let me make it perfectly clear that the name of this toy is a bit nuts.  I put that sucker in quotation marks so you didn't think I had a stroke while typing this.  The name reminds me of when my brother went to Korea and he came back with this shirt that had a picture of a monkey in a space helmet and it said underneath "The Matrix Lord of The Rings Return of the King".  They had just taken recently released movie titles, mashed em together, and called it a day.  I was really pissed he didn't buy me one.

I'm more than willing to overlook what may be a rather confusing name and instead focus on the majesty that is this toy.   Let's break it down into its component elements to fully appreciate what it has going for it:

1.) It's Star Wars presented in a unique way

It practically sells itself on those two points alone!  So since I have convinced you that you need one, I shall now tell you how to make all of your dreams come true.  You're gonna want to go to this link type in your payment info, and one of these will magically appear at your doorstep later this year.  You only have until September 8th to preorder one and they cost $289 with shipping included (magic ain't free, son). 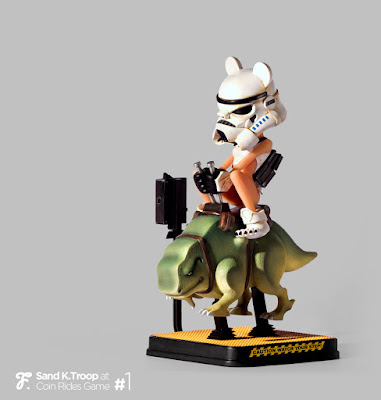