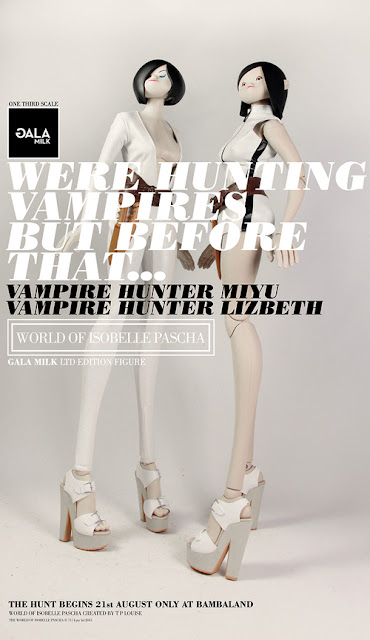 Women seem to dominate the world of vampire hunting for some reason.  While there may be inequality in other forms of employment, killing blood-sucking fiends has predominately been a field where men have had no place.  There are a few notable exceptions, like Blade or Van Helsing, but they are no match for their female counterparts.  I suppose if I were a vampire and someone was to drive a stake through my heart I'd rather it be some attractive woman than some sweaty dude.  Did the vampires form some sort of union and this was on their lists of demands?

Who cares about the particulars and let us just enjoy the fact that pretty ladies are keeping us safe from becoming slaves of the undead.  Miyu and Lizbeth from 3A are working hard to literally save your necks and look good while doing it.  Both of these figures are available right now from http://www.bambalandstore.com for $320 each.  Which may seem like a lot, until you realize that they stand 2 feet tall!  That's a lot of toy!And shipping is included in the price, so now your only decision is which one you like best.  I say get them both so one isn't lonely without the other.  This is something I legitimately think about. 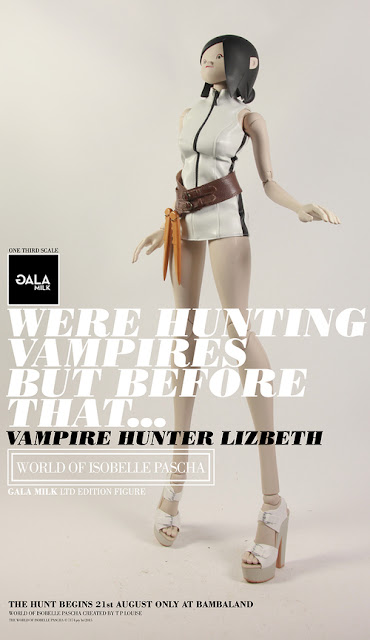 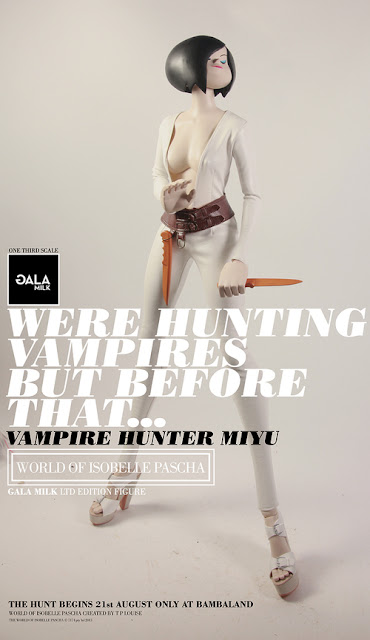