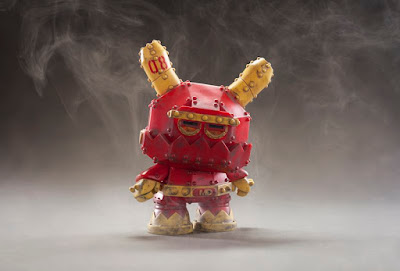 Where I live we have a national landmark named Lucy the Elephant that is exactly what it sounds like: a really big elephant.  I think there used to be a hotel in it or something and I know there's a window you can look out of right in the giant elephant butt, which was either bad planning or a work of genius; I have yet to decide.  I guess it's cool but how much better would it be if it was some hyped up weapon ready to protect our shores at any cost?  Imagine this: the enemy lands on the beaches of Atlantic City, ready to destroy all the monuments of grandeur that President Trump (cringe) has built in his name and suddenly the giant elephant comes to life, annihilating all that dare invade this nation.  Missed opportunity. 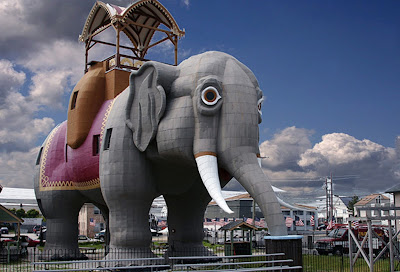 No, those tusks aren't actually hiding an array of missiles.


If Frank Kozik was our president I'm sure our country would be filled with these Mecha Dunnys, ready to be deployed at a moments notice to vanquish all threats.  Or Amazon could use them to deliver books to you faster than a pizza.  Or both, which would be a real efficient use of resources and probably mean he wouldn't have to raise taxes.  Corporations should sponsor everything.

Kidrobot is unleashing this color way of the popular 8 inch figure on Friday, March 18th.  Protect your homestead for only $74.99.