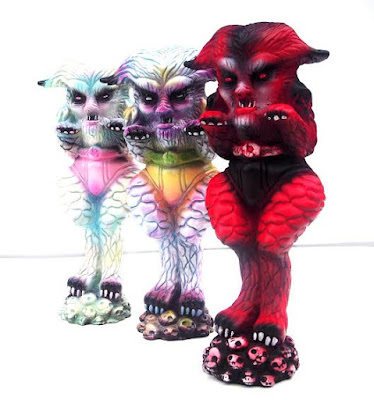 Living hundreds of years ago wasn't easy.  The average life span meant you were a teenager during your mid life crisis, indoor plumbing wasn't a thing, and since travel wasn't as easy as today there was a good chance that the local gene pool was a tad murky.   All things considered, snuggling up with your cousin seems like the least of your problems.

According to an old German story there existed a man named Peter Stumpp who moonlighted (get it? dang that was funny) as a werewolf that terrorized the town of Bedburg.  He was put on trial and then executed for his terrible crimes in a fashion that would make lethal injection seem like a Botox treatment.  Not that he didn't deserve it if the accounts of his crimes are true, cause dude was pretty messed up.

Naomi Knaff was inspired by this story to create her latest resin monster, Peter Garou.  He stands just over 7 inches high and will be released on June 20th at 12am during the full moon.  Kinda spooky, right?  Get em at http://www.naomiknaff.com. 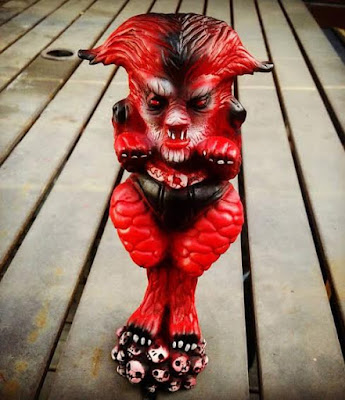 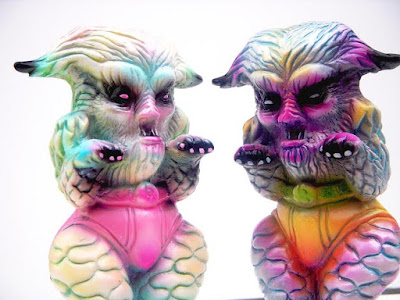