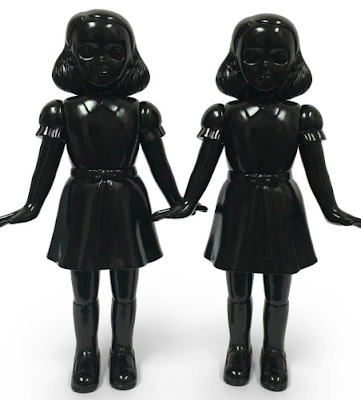 The Shining ruined a lot of things for a lot of people, but mostly only when those things were combined were they truly awful.  On their own there's nothing terrifying about writing a book (wait, scratch that) riding a big wheel, being secluded in a giant hotel, or a river of blood suddenly flooding a hallway.  But when combined, those very elements can turn what was only a mildly abusive husband with a bad idea into an axe wielding maniac who is no friend to bathroom doors.  But even without those other things, twins are sufficiently creepy all on their own.  That creepiness generally wears off the older that they get when they stop dressing alike and finishing the other's sentences, but what about if they were never allowed to get older and their ghosts are doomed to haunt unsuspecting tourists forever?

Awesome Toy wants to make sure you're never without a creepy set of twins to unnerve you with this pair of sofubi girls.  Just staring into their hollow eyes is enough to freak out the most jaded of us, so I personally think they would look best displayed in a room that you can lock at night and is preferably under video surveillance so the police believe your story when things go really wrong.

$150 will get you the set with a special background card recreating their infamous hallway, or you can get only one for half the fun and she alone will be $80.  Get em now at http://toyunderground.com/store/. 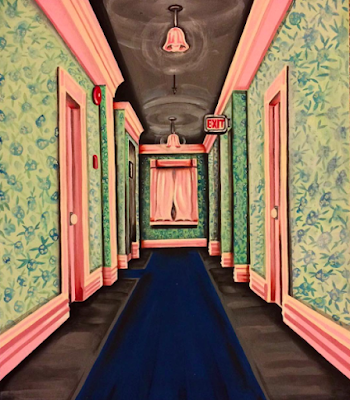