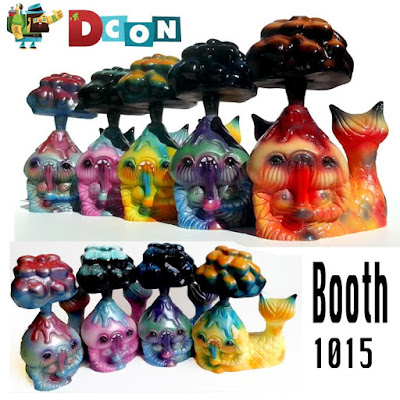 Today in the United States we are deciding who it is we will collectively complain about as president for the next four years.  Every time a new election rolls around tons of us can be seen posting online that if our candidate doesn't win we're moving to Canada!  Well I hate to break it to you, but Canada doesn't want us.  Unless you have a highly sought after skill like being a nuclear engineer or professional moose wrestler, our neighbors to the north just aren't that interested.  And who can blame them, because we can be loud, and we rarely put the seat down when we're done in the bathroom.   I'm understand completely Canada, and I still love Tim Hortons and your clean cities, and your lack of violent crime.

Naomi Knaff just happens to be Canadian (see how I tied it all together there) and is making the trek from the Great White North all the way to California for next weekend's DesignerCon.  She'll have a load of her crazy resin creations with her, some of which you can see right here: 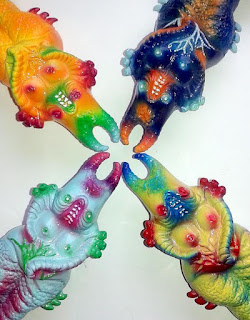 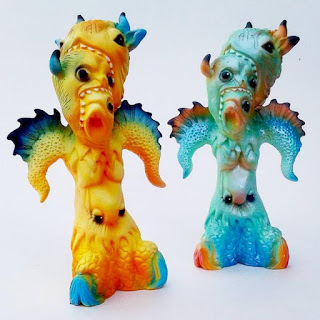 And she'll be debuting a collaboration with Magitarius, which you can also see right here: 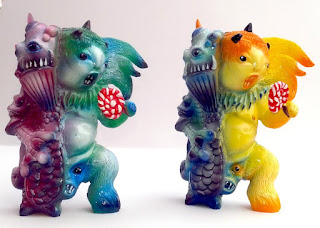 When Lisa Frank has a nightmare do you think it looks something like these?  I bet it does.  You should visit Naomi at booth # 1015, but only if you want to own the most creative resin toys out there or if you're trying to get her to smuggle you across the border.