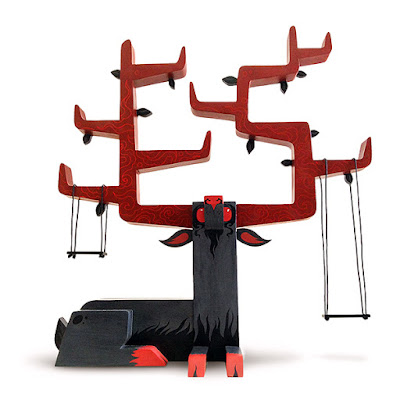 I have an entertainment center from Ikea that has been a pain in my rear since the day I bought it.  For one, it was the wrong color, which Sharon and I decided we would live with.  Then when we moved it somehow gained about 300 pounds since I put it together and nearly killed us both.  And the thing is so massive and holds so much stuff that it has made it an almost impossible task to replace.  We did swear an oath though that if we were to ever move again not only would we not take it with us, but that we would destroy it so it could not pass its evil onto others.  And by destroy it I mean carefully take the bolts out and even more carefully walk the pieces to the dumpster.  I'll be damned if it sends me to the emergency room in one final act of defiance.

Let that be a lesson on how important it is to carefully select the things you use to display your treasures, for like an at-home haircut, it may be there longer than you bargained for.   Enter Pobber Toys.  They teamed up with Gary Ham to create the original version of this unique way to display your figures and now Andrew Bell has put his own spin on it.  This thing is nearly two and a half feet tall of resin and can be left the way he is or fully loaded with your favorite toys as seen here: 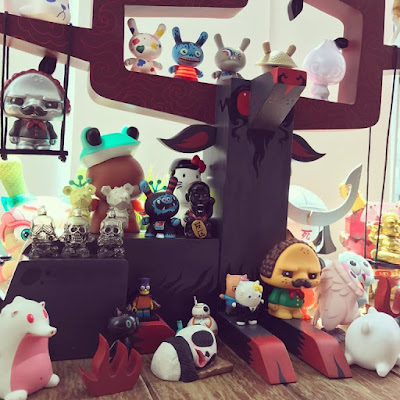 You have from now until November 30th to preorder one of these things for $499 plus shipping and they are only making the amount that people order.  There will be no second chances, only massively crushing regret that will hinder you in the rest of your worldly pursuits if you don't get one.  Make the right decision by visiting http://pobber.bigcartel.com.