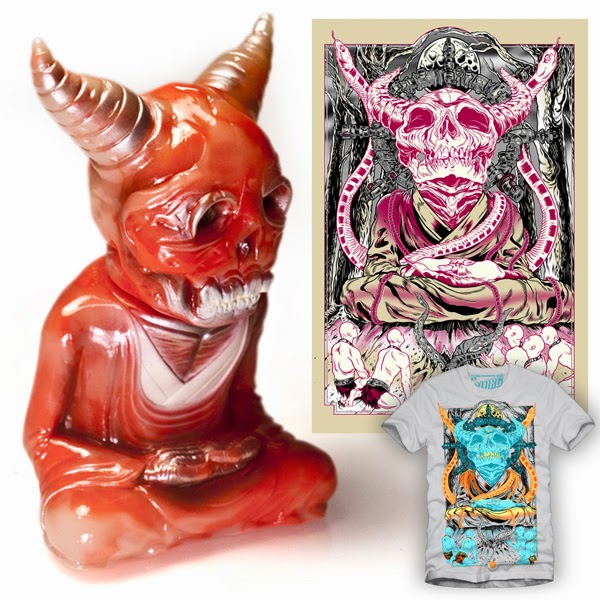 It's hard to buy an album these days.  Not physically of course, unless you're trying to go to an actual record store in which the difficulty there would be finding one.  But because there are so many choices when it comes to deciding how much you wanna spend.  Bands and record labels are going nuts trying to get you to buy cd's by offering a dozen ways in which you can get the music.  Picking your format is just the beginning cause then you can get a shirt, or a shot glass, or toe nail clippers, or pretty much whatever you can think of that they can slap a logo on.  And stop stealing stuff online.  People gotta eat ya know.

That concept has finally reached the toy world with the newest Alavaka release from Devils Head Productions and Scarecrowoven.  Both artists painted up the figures, while the latter's screen print and companion tshirt make up some incredible bundle deals.  All this will be available Friday, March 20th from http://devilsheadquarters.storenvy.com and http://scarecrowoven.bigcartel.com.