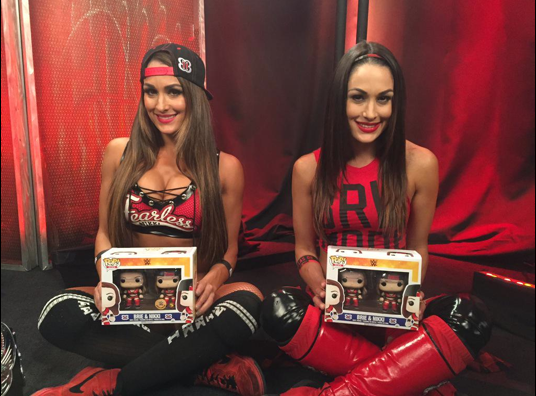 Wooooooooooo it's Wrestlemania weekend and I am feeling good!  Don't call me, don't text me, cause I ain't responding to ya when there's normal wrestling on let alone the most important pay-per-view of the year.  Hopefully no one gets sick or critically injured while it's on, cause I'm pretty sure no emergency room around here has the WWE Network.  Slap a band aid on it, chew an aspirin, and hang on until the final bell rings become I am indisposed.

Are the Bella Twins gonna be able to beat Paige and AJ Lee when they square off this Sunday?  Even if they're not, they won't be too upset because Funko has immortalized them as Pop! Vinyl figures.  They come in a two pack that will debut this weekend at the big event in California and will most likely be available everywhere else soon after. 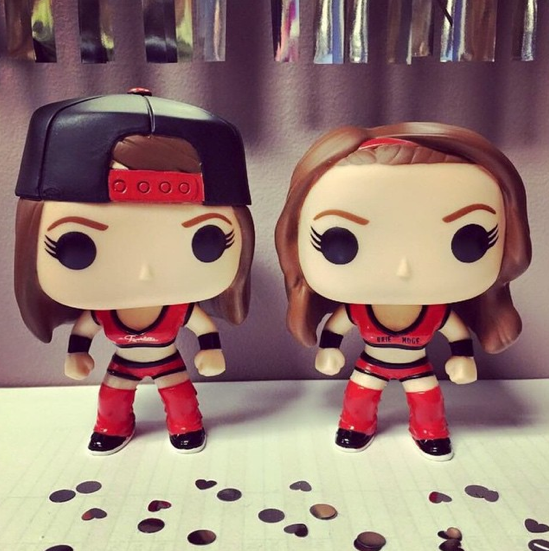