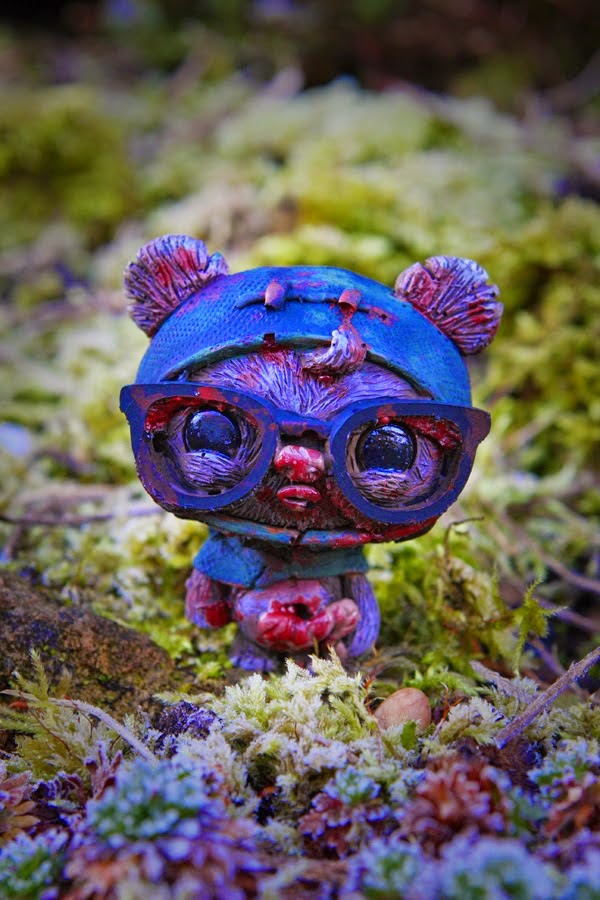 I never trusted those Ewoks, cause nothing that cute should be able to take down the Galactic Empire.  They're tricky little teddy bears with an agenda they have yet to reveal.  What, you think they're content living in trees and catching random folks in nets ( who they were more than happy to barbeque if you'll recall).  I bet you they ate all the captive stormtroopers and probably sold their armor to cosplayers to fund their evil corporation they were working on.

UME Toys is bringing out the Dark Side of these fuzzy critters with his Undead Geekwok.  Perfectly timed for a Friday the 13th release, each person that buys one of these undead nerds will be entered to win a clear version of the standard figure (sans dangling guts).  If you want one they will be up for sale tomorrow at 9pm London time only from http://umetoys.bigcartel.com. 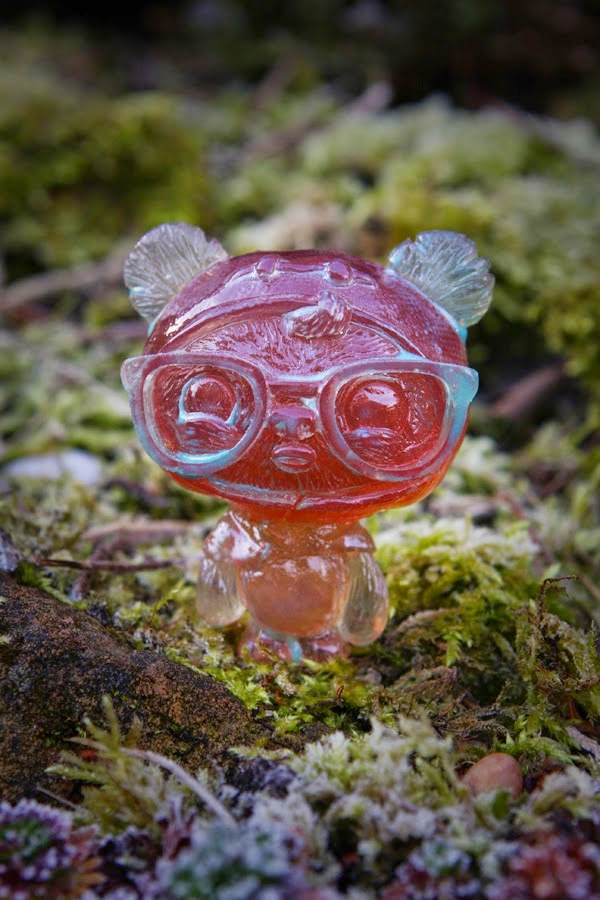