Hampstead Latex and French Two-Pack from 3A 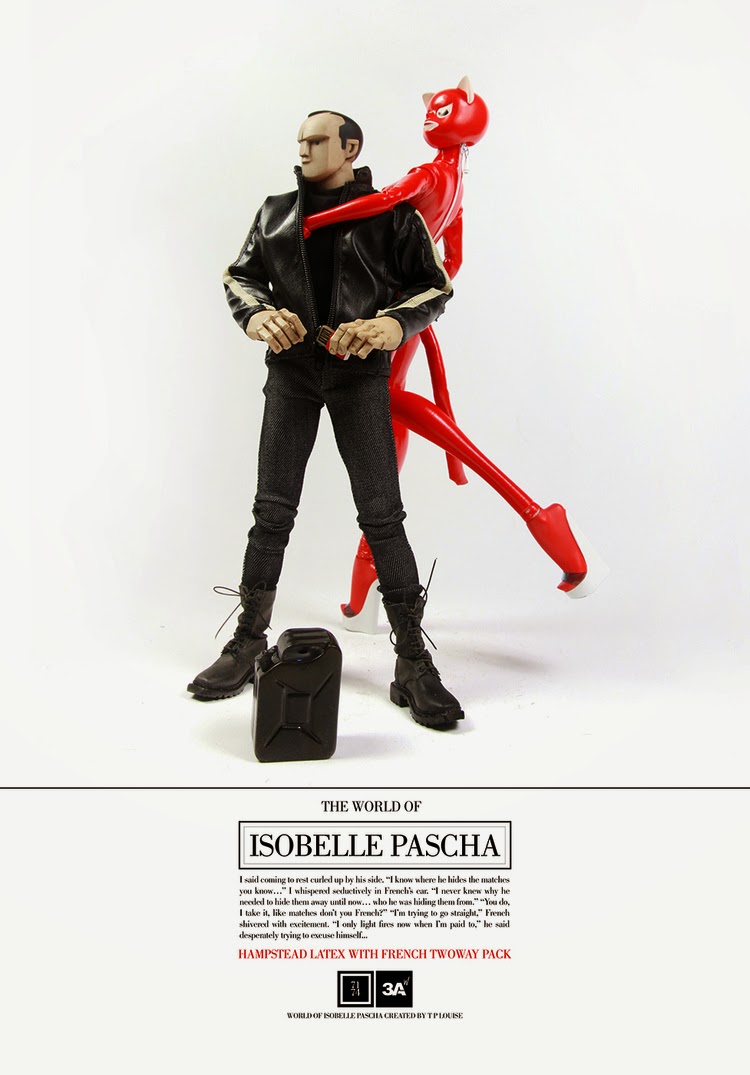 This could be the best movie ever.  A man on the run from the police for a crime he didn't commit stumbles into a fetish party to escape pursuit, when things go horribly wrong.  Shots are fired, people scramble, and the police think they finally have their man.  Not so fast though as he grabs the person closest to him as a hostage and makes his way through the Paris streets, trying to buy time to clear his name.  The woman in the red rubber cat suit not only becomes his biggest supporter, but the love of his life in...."So I Kidnapped a Girl from a Fetish Party But I Didn't Commit That Other Crime You're Accusing Me Of."

Yeah the title needs a little work, but I think I have the basics down for a box office winner.  I just made all that crap up cause I can't quite read the small type under the picture, but I think I did an ok job.  The figures of 3A are easily to be inspired by and making up your own scenarios is half the fun.  You can grab this Hampstead Latex and French two-pack tomorrow (March 6th) exclusively at http://www.bambalandstore.com/ for $240.