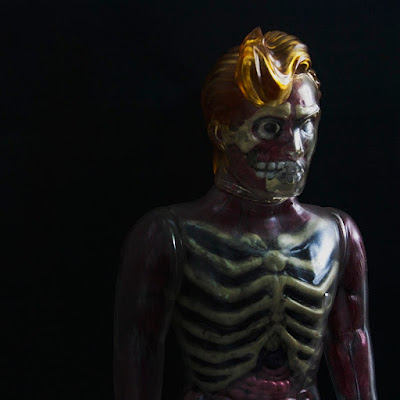 Every now and then being the heavyweight champion of toy bloggery has its perks.  And no, I don't have some trophy on my mantel proclaiming me that because I wouldn't want a trophy; I'd want a title belt.  A full blown WWE belt would work just fine and I would wear that sucker with pride everywhere I went.  So when that becomes a thing I will graciously accept it, but until then you can just imagine it the same as I do.  Now back to my story.

So being the Stone Cold of the online toy world means that every once in a while I get to do something cool, like handle a toy prototype in its infancy.  It was about two years ago that I met Dan from Unbox Industries and I held this very toy in my very hands.  They were still working out the squishy skin that covers the vinyl underneath and after much research and pain and suffering you will finally be able to order this beauty.  Designed by Skull Toys in homage to the Visible Man character from 2000 AD you can preorder this 30 cm tall freak show beginning this Saturday, February 6th at http://store.unboxindustries.info. 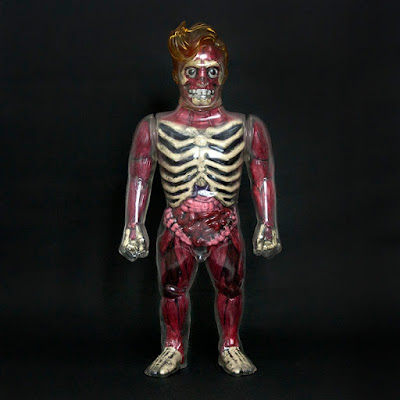