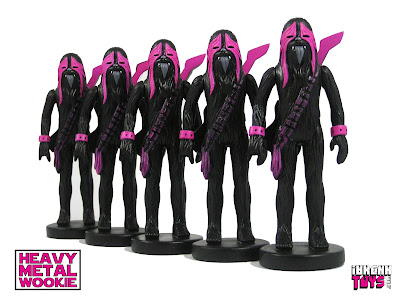 SPOILER ALERT:   Due to a terrible occurrence in the latest, Chewbacca was faced with a sudden influx of time on his furry hands.  He could have pressed them to his face as a receptacle for his tears, but instead he learned to form a power chord with them and formed the galaxy's most brutal metal band called Bantha Skull.  They'll melt your face off then punch you in your newly exposed skull, which is gonna hurt you way worse than them.

Lisa Rae Hanson is the lady behind this genius resin toy and she wants to send them all out on tour this Friday, February 12th, at noon GMT.  Only 5 of each color will be available and the only way place to get them will be at http://ibreaktoys.storenvy.com.  At only $45 each they won't last long, so pray to Dio that you are lucky enough to snag one. 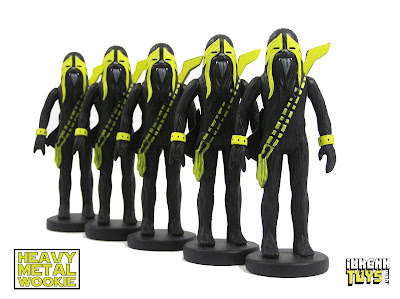