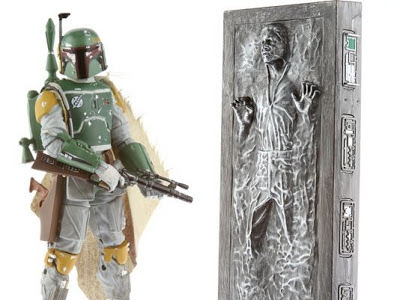 Do you think anyone would jump bail if a guy looking like this might show up to your door and freeze you in a block of carbonite?  I don't think so.  But I would totally watch a show about it.  It would be an improvement from that guy with the poofy mullet and his inbred looking kids.  Who could take him seriously?  I can imagine Boba Fett ringing your doorbell and as soon as you open it just shooting you in the face.  TV could be so much better.

Hasbro has started a new line of Star Wars figures called The Black Series and basically that means they're big, full of detail, and come in fancy packaging.  Boba Fett and his Han Solo accessory will be an exclusive to this year's San Diego Comic Con.  The figure is 6 inches tall, comes with a few weapons and jet pack, and is a bargain at $45.  I expect to see a bazillion of these on eBay the moment they go on sale. 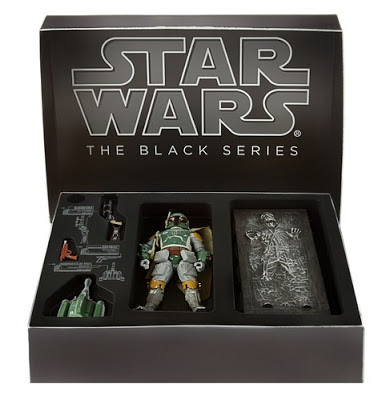