Grimlock vs. Soundwave Two Pack from The Loyal Subjects 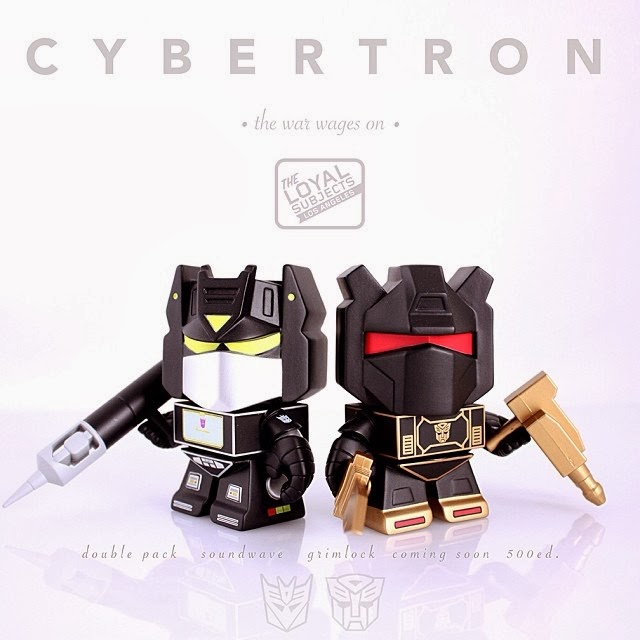 Every time I see a Transformer I can hear in my head that weird sound that they make when they transform.  You know what it is, from the cartoon series.  I can't actually type what it sounds like, but I used to make it as a kid when I would change them back and forth from vehicles to robots.  It starts to make you light headed if you get one of those hard Transformers and you can't change him before you run out of breath.  Then you pass out and wake up face first on a pile of robots, which let me tell you is almost as bad as stepping on Legos barefoot.

The Loyal Subjects don't want you to worry about such nonsense, so their toys don't transform at all, but they don't really need to, because they're cool enough just as they are.  And look how fancy Soundwave and Grimlock look in black.  Do Transformers have their own version of GQ magazine, cause they would be on the cover.  This two pack will be available starting next Tuesday, January 21st and is an edition of 500 sets.  Pick one up from www.theloyalsubjects.com/.
Posted by Chris at 6:05 AM