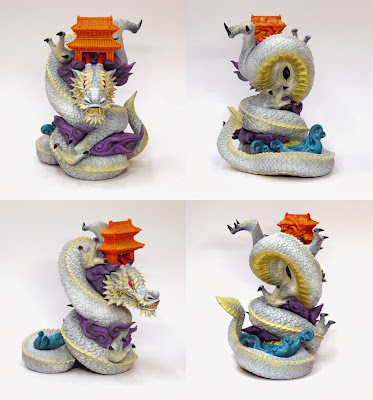 This might be one of the most impressive figures I've ever laid eyes on in person.  I saw the unpainted prototype at New York Comic Con last year and this thing is AMAZING.  Restore makes some of the best toys you'll ever see and they really upped their game on this one.  This sucker contains 15 different parts made of both Japanese sofubi and resin to create the new centerpiece of your collection.  Lulubell Toy Bodega is offering preorders of this from now until January 30th.  It's retailing for $120, which is not much at all when you compare it to toys half its size and half as detailed that cost just as much.  Plus, you're getting your tax money back soon, so splurge a bit.