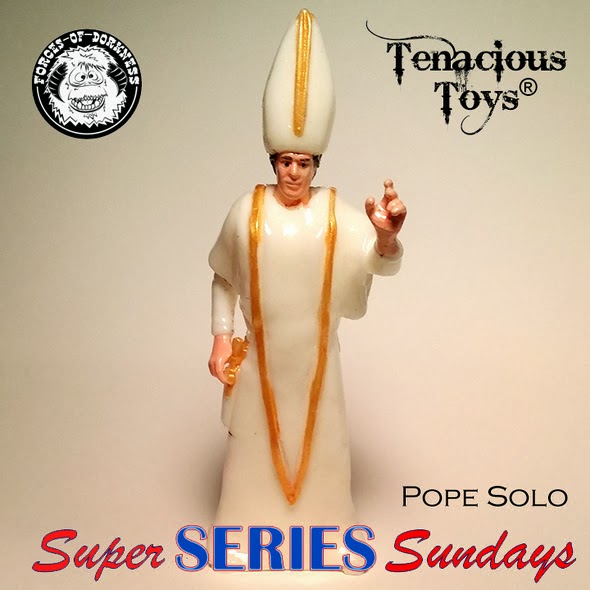 How come we don't get to vote or run for Pope?  I think I would make an excellent candidate because I have never taken any naked pictures or done anything else scandalous that would taint my campaign.  I've never caused a traffic jam at the George Washington bridge out of spite, and I don't even know where to buy crack.  Now as far as my other qualifications go I'm not entirely sure what's relevant because I'm not sure what the Pope does other than ride around in his bubble car and make people kiss his ring.  Really, I just want to be able to go shopping at Target while I wear the hat.

Tomorrow is not only Sunday, but it's Super Series Sunday at Tenacious Toys.  This time they are featuring Pope Solo from Forces of Dorkness that will finish of his religion-themed Star Wars figures.  Fifteen white figures and fifteen black figures were made and will be sold blind bagged for $40 each when they go on sale tomorrow (January 12) at 6pm Eastern time on www.tenacioustoys.com. 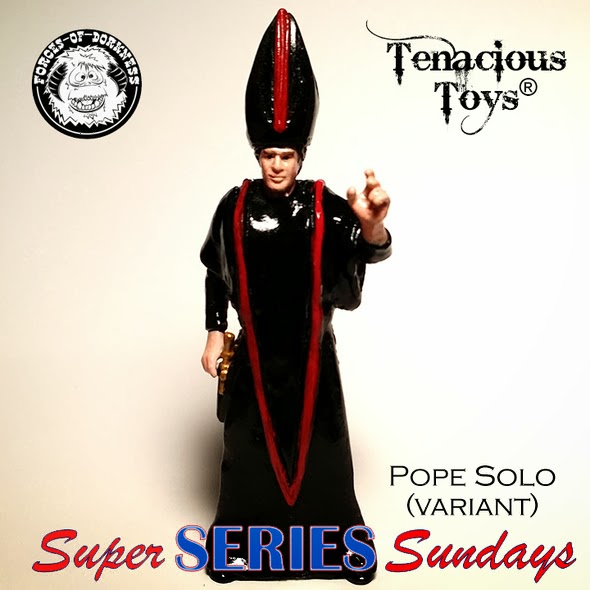