I wish HBO would stop making other shows and just make Game of Thrones.  They could focus all their energy into one show and we could constantly have new episodes.  Something tells me this will never happen, but that's because the decision makers are obviously dumb.  So while we wait for them to be enlightened we will have to create our own new episodes with these little dudes from Funko.  You've got a decent amount of characters here, so making a stop motion version of the show is almost possible.  Just substitute some of your other toys for anyone thats missing and cut out some of the scenes that maybe are a bit sketchy anyway, and voila, you have an internet masterpiece.  Maybe Ellen will even play it on her show and give you some money. 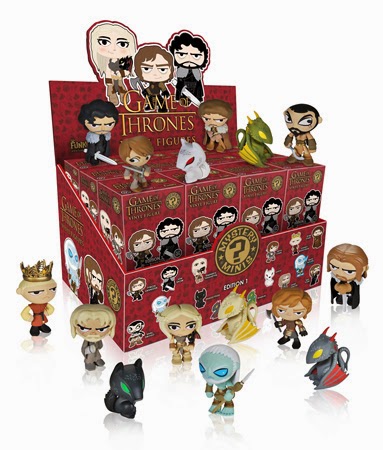 Email ThisBlogThis!Share to TwitterShare to FacebookShare to Pinterest
Labels: Funko, Game of Thrones