There's this big electronics show in Las Vegas right now called CES that showcases all the new technology that will be releasing in the coming years to help ease us closer to the robot apocalypse.  Don't say I didn't warn you.  The most interesting reveal to me wasn't some Dick Tracy wrist watch or Star Trek teleportation system, but a little plastic fox named MiWe.  Samsung and Kidrobot have teamed up to create this little dude, whose name comes from Samsung's marketing slogan "Meaningful Innovation, Wow Experience."  He looks as if he will be joining their Munnyworld line of blank figures; awaiting your creative touch to bring him to life.  If you need a bit of inspiration to get those artistic juices flowing, here are a few customs from Angry Woebots, Scribe, and Buff Monster.  No word yet on when these will be released, but since everyone in the world now knows about him, it will probably be soon. 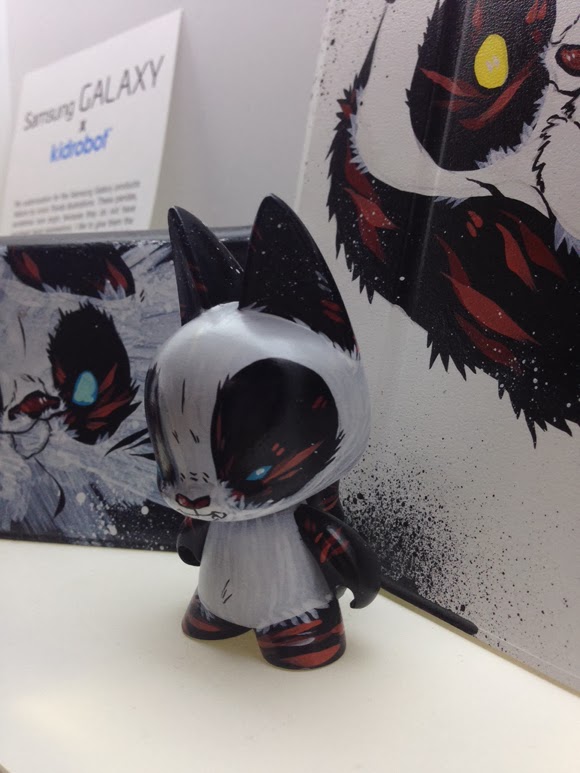 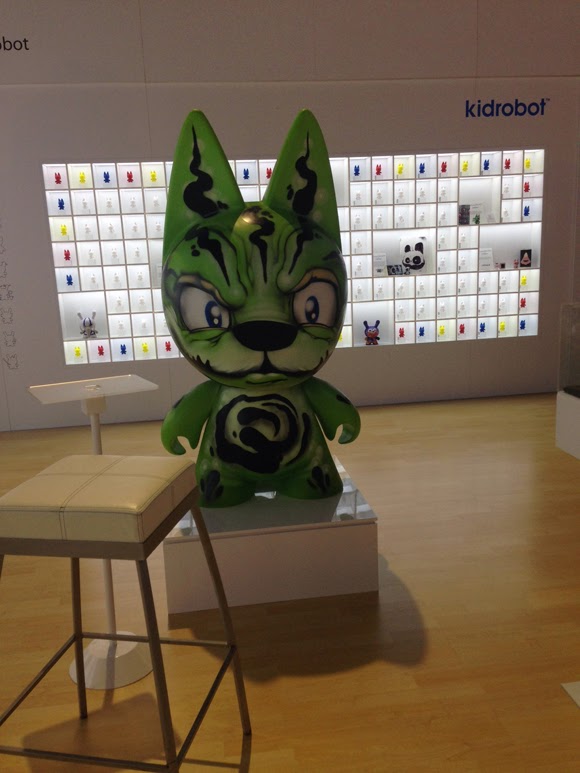 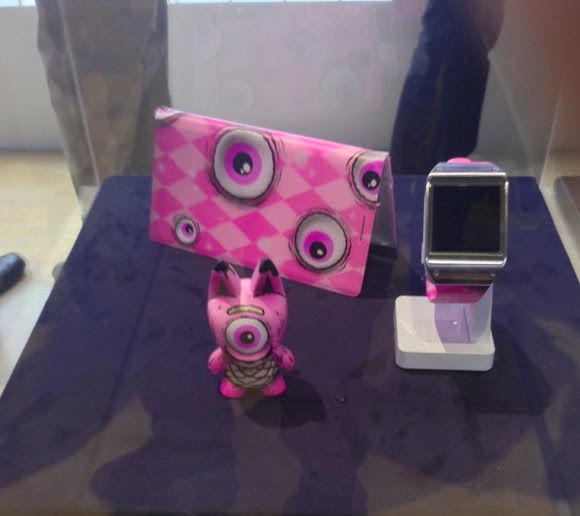 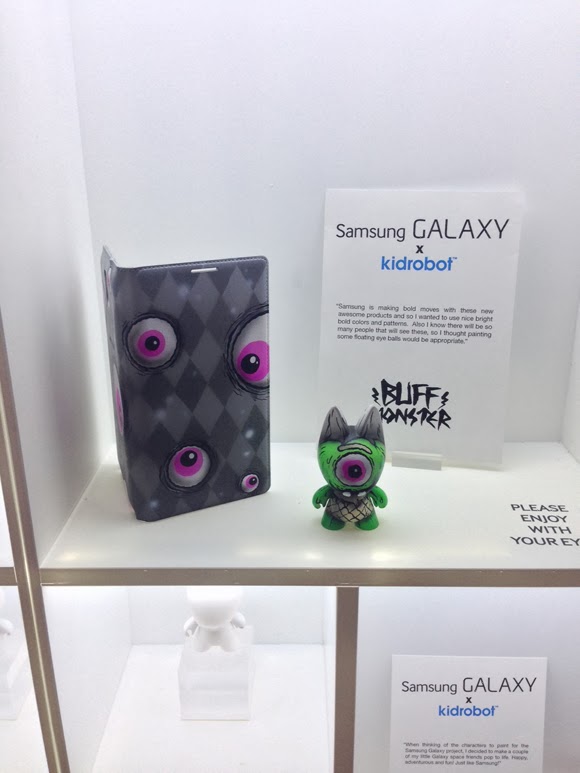