Own the Final Battle Rat Colorway from Mike Sutfin 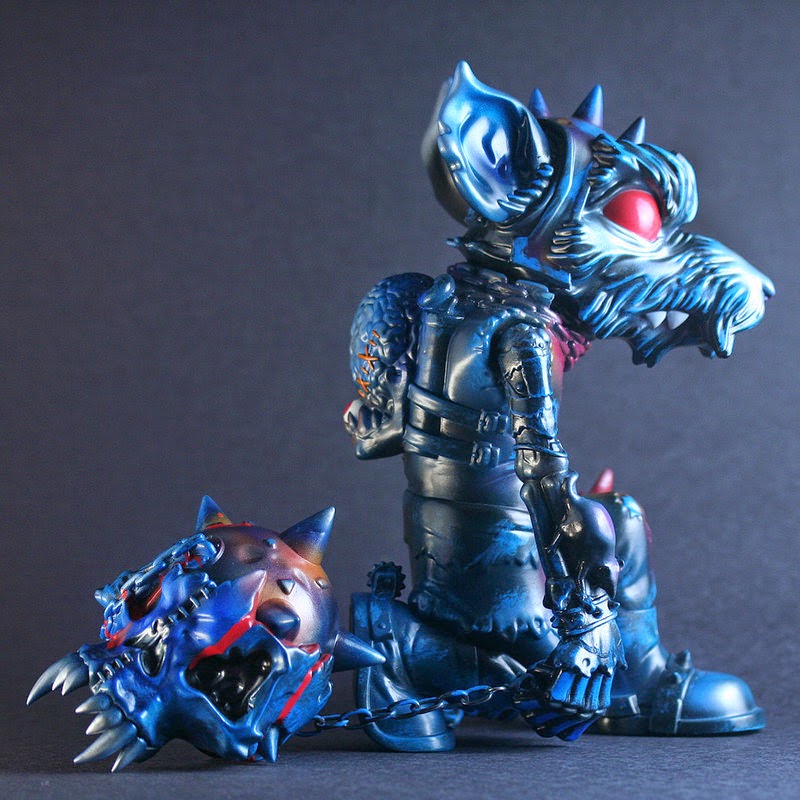 I always get a kick out of spotting a rat whenever Sharon and I are in New York.  Not only are they the most famous rats in the world, but it always surprises me to see wildlife in the city other than pigeons.  The ones you see are still kinda cute, even though they're covered in muck and would probably steal a hamburger from your kid's mouth while leaving behind a healthy dose of plague.  But you always wonder whats lurking around in the abandoned subway tunnels and sewers that people don't get to see.  Rats that have evolved beyond anything we would ever want to imagine.  Maybe they look something like this.

Mike Sutfin's Battle Rat is one bad rodent.  At least he gives off that air of badness by dragging that skull around.  It's pretty much the best method for conveying that you are not to be messed with.  You might want to leave it out of your profile pic on your dating website though.  It's best to wait until the third date to bring up your love for carting around the decapitated heads of your enemies.

This dude is the final colorway ever of this figure and is up for preorder right now at http://sutfin.bigcartel.com/.  He features some pretty intense paint techniques and you can interchange the heads to suit your moods.  And he's much safer than trying to tame one of those critters you find rifling through the trash in Manhattan.  You only make that mistake once. 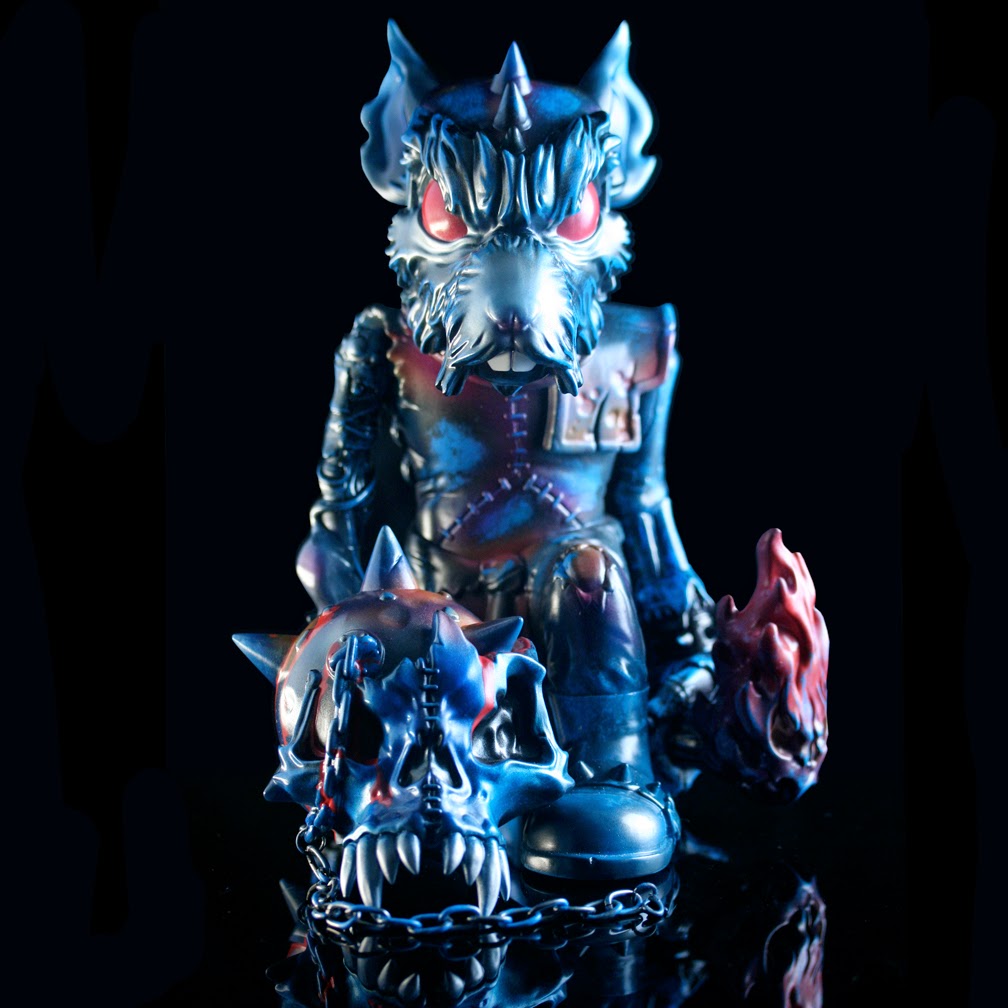 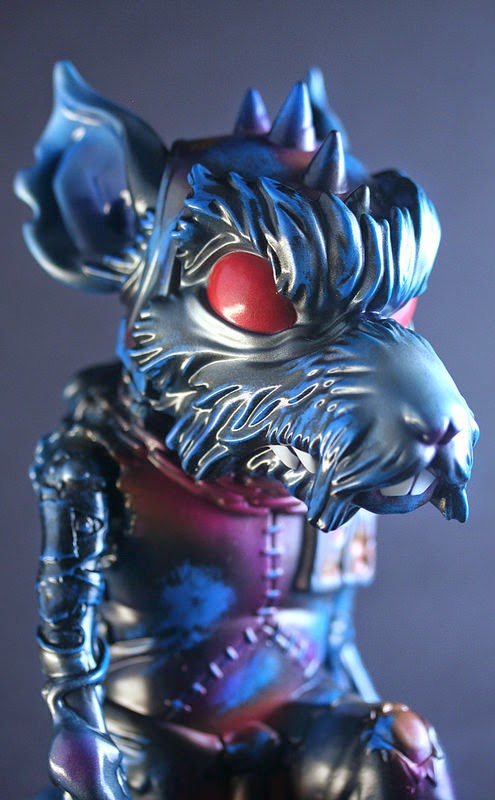