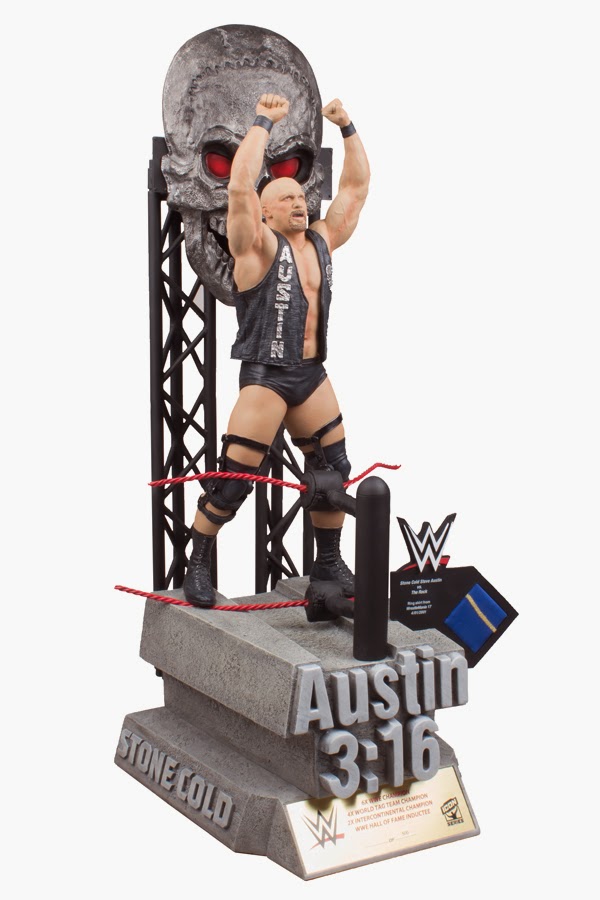 Sharon and I just watched the Monday Night Wars episode about Stone Cold and there is no doubt in my mind, he was the greatest superstar in WWE history.  He was the epitome of the anti-hero, someone you could look up to when you hated your job, hated your car, hated whatever else it was you hated.  And you wish you could have reacted the way he did, just flipping your troubles the bird before solving them all with violence.  It's the stuff you dream about doing.  Real life is of course not like wrestling, because of laws and police and life imprisonment and blah, blah, blah.  But you gotta pay tribute to the guy who every Monday Night, made you think that you could just as badass as he was.

McFarlane Toys has released this as the latest in their line of WWE Icon Statues.  I don't know if it smells like cheap beer or not, but I know it's limited to only 500 pieces and each one comes with a piece of the ring skirt from Wrestlemania 17 when he fought The Rock.  Not only would this look great under your Christmas tree, but it would also be a good replacement as the focal point of your living room when your tree starts to turn brown. Surrounding it with lit candles and offerings of beef jerky seems appropriate.  Step up your decorating game at http://www.mcfarlanetoysstore.com/. 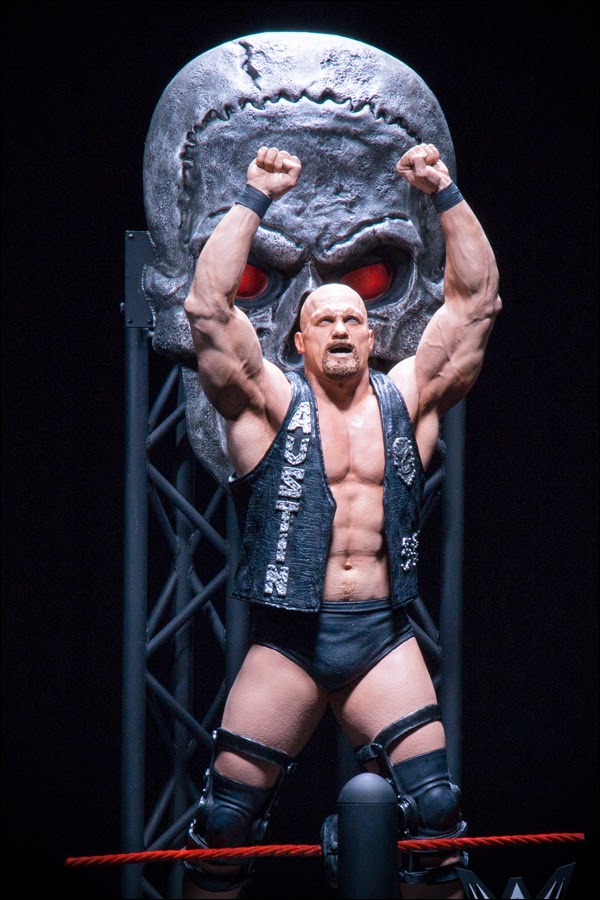