Shagghoulies from We Become Monsters 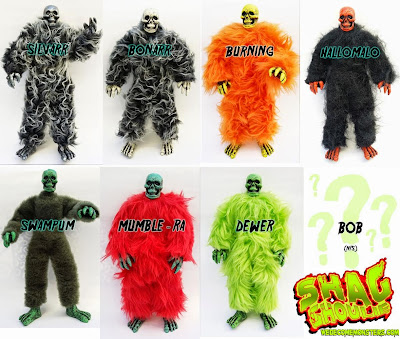 I've said it before and I'll say it again:  Not enough people wear fuzzy suits.  I'm not talking about those furry people who like to dress as animals and touch each others butts and stuff.  They make me reaaaaaallllllly uncomfortable.  I used to work in the mall and this family would come in and they all went to those furry conventions and wanted to talk to me about it which made my skin crawl.  They also looked like they might of had a "Hills Have Eyes" living situation going on, but that's something else entirely.  Have you ever noticed that attractive people aren't into stuff like that?  You never see anyone roaming around Wal Mart with cat ears on their head that you'd like to picture naked.

What I want people to start wearing are business suits that look like they were created from the remains of a dead Muppet.  How much more fun would it be to get fired by a guy (or girl, I'm all for women in power and whatnot) firing you while looking like Oscar the Grouch?  You couldn't even be that mad.

I'm digging We Become Monster's latest creations, the Shagghoulies!  If they're isn't already there should be a horror-themed rock band with that name.  I don't know if these guys have any musical talent, but they look like fun.  Only 8 of these dudes were ever created and they will be unleashed upon an unsuspecting world this Friday, November 14th, at noon Pacific time for $75.  They stand over a foot tall too, so that's a lot of fuzzy toy for your money.  Get yours at http://webecomemonsters.storenvy.com/. 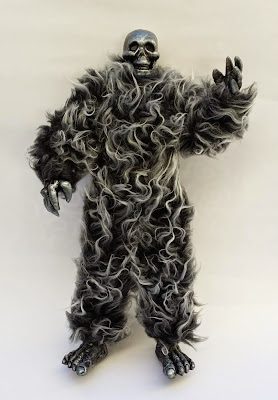