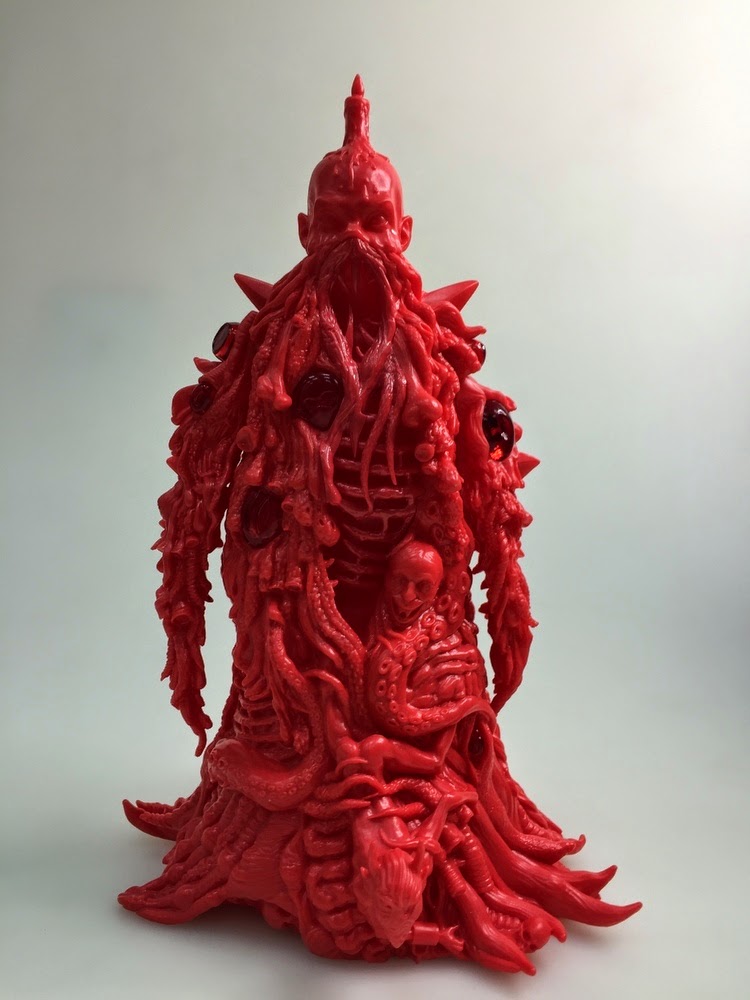 You thought that if you hid under the warmth of your blanket it would go away.  That if you focused your mind on more pleasant things it's existence would cease.  There is no escape from the amalgamation of horror that is LOLGOTH GNAGOROTH!!!!!!

I actually yelled that when I typed it, and now I think I've lost my voice.  Scared the crap out of the cats that were in the room too.  Now I'm gonna have to go buy them treats to apologize.  I can't help it though, sometimes I just get so intense while writing these posts that I have to vocally bring them from the digital world into the real world.  Sometimes that means I have to assure the police that no one is in fact being murdered in the house, all while not wearing pants.  Have you ever noticed the police tend not to believe you when you're not wearing pants?  Like it's part of their training or something.

I showed you pictures waaaaaaaaay back like a year or so ago of this crazy figure and told you about what a beast he was gonna be to produce.  Well Skinner and Unbox Industries must have found an ancient book of manufacturing spells cause the time has come for you to own one of these.  You can pick from red or black or get em both during the preorder period that runs until December 29th or until the amount of toys they've allocated for each color runs out.  They're $125 each, which is waaaaaaay less then I would have thought they would be, given the amount of detail and the amount of virgin's blood mixed into each one.  That last part is not confirmed, but let's just call it fact anyway.  Preorder yours now at http://store.unboxindustries.info/ 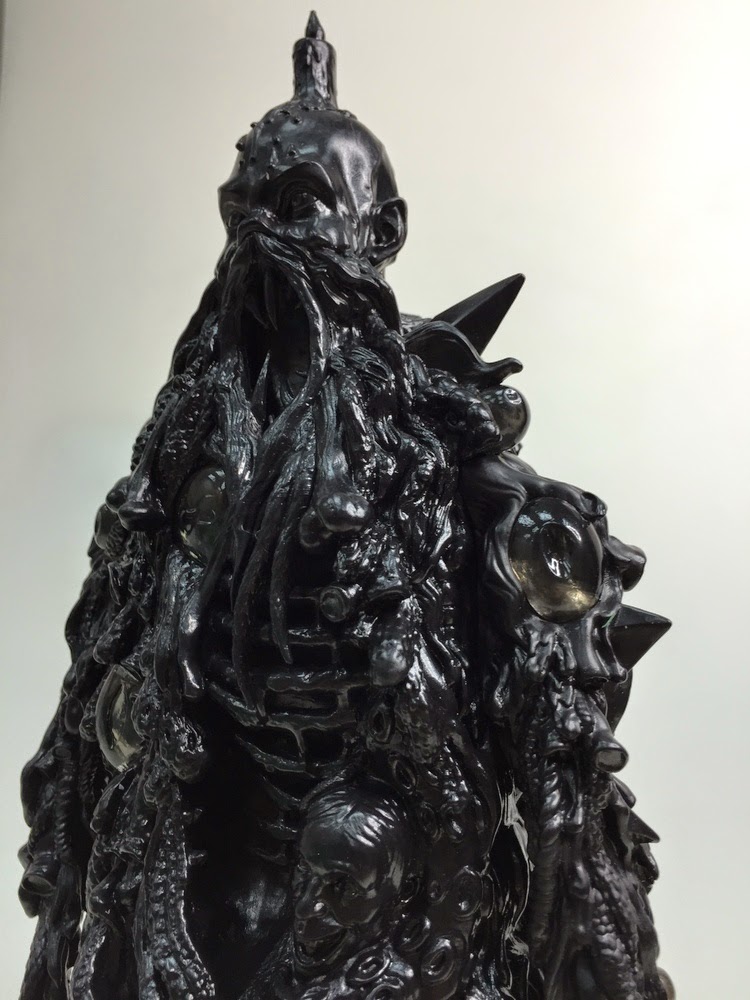 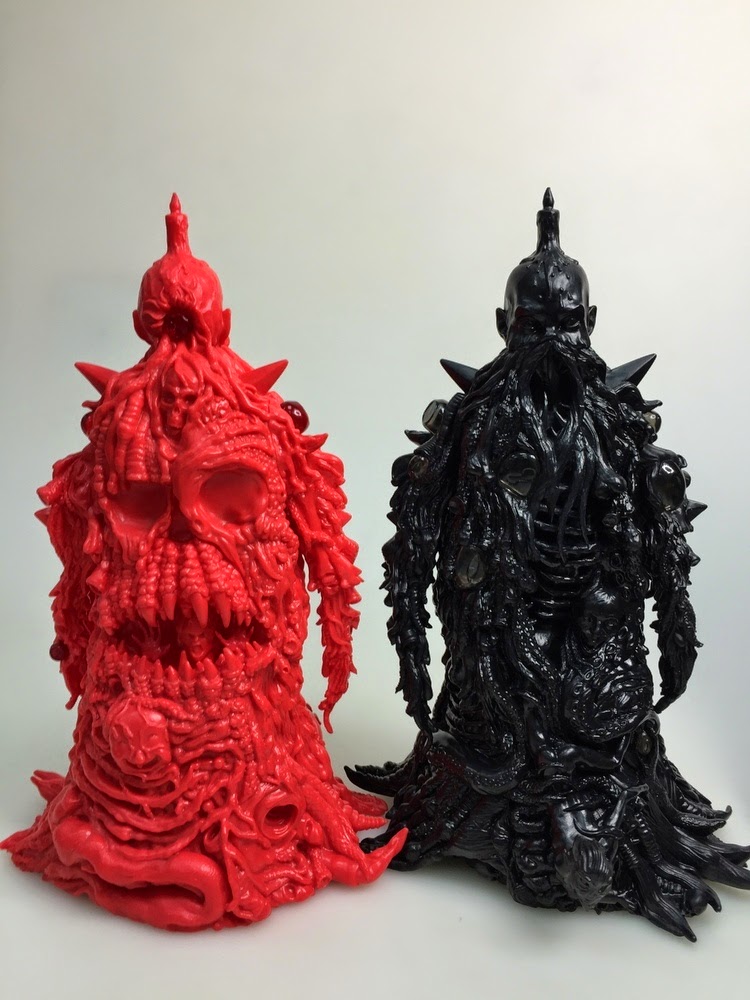