Before I Take A Nap on These, Let's Review Happy Labbit Plushies from Frank Kozik x Kidrobot 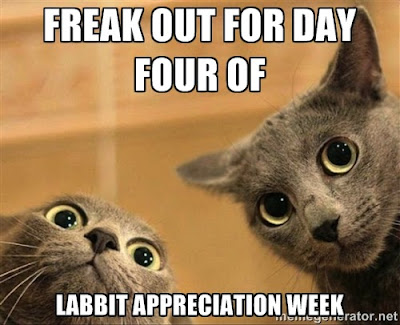 We made it to day 4 of Labbit Appreciation Week!  If we do this again next year I'm gonna have to start training early cause all this appreciating has tested my stamina.  Labbit Appreciation Week is a marathon, not a sprint, but I just get too excited.  Luckily the only thing I have to do today is get a haircut, and I'm pretty sure I can get some sleep while that's going on without any risk to my personal safety. 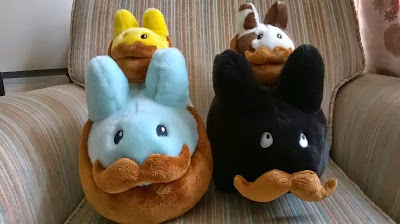 I'm a bit jealous of these Labbits cause they have some pretty wicked beards going on.  I can grow a mean mustache and I have ample coverage on my chin, but my mutton chop game is weak.  I wanna go full lumberjack but no matter how hard I will my follicles to cooperate, they're just kinda lazy. 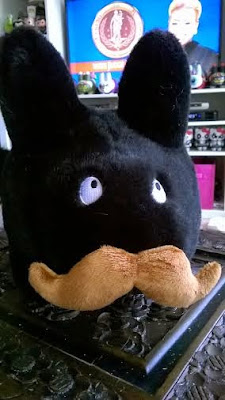 I feel your pain, bro.

What I love about these things is that they're so freakin soft that they almost completely calm the fires that rage inside me.  Are they shaving chinchillas to make these things?  Seriously, these could be great anger management tools.   When you're at work and you're at the point that you want to beat one of your coworkers to death when they can't do simple math (someone's elementary school dropped the ball) just grab one of these guys, squeeze it next you your face, no watch your anger slowly melt away as the bearded bunny works his magic.  You'll be whisked to a magic land of tranquility, where the air smells like baked goods and the streets FLOW WITH THE BLOOD OF PEOPLE WHO DONT UNDERSTAND HOW TO DO ADDITION OR SUBTRACTION AND THUS MAKE YOUR JOB HARDER THAN IT HAS TO BE!!!!!  Sometimes you need more than one Labbit to effectively calm your nerves. 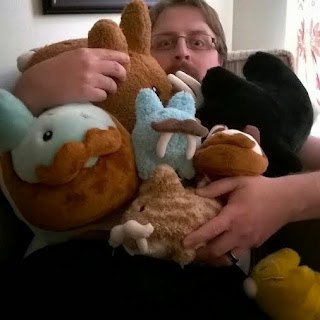 I think it's starting to work.

Like their bretheren I wrote about yesterday, these don't come with that troublesome hang tag and are instead packed in a nice cardboard thingy that easily detaches from the toy for maximum snuggle capability.  And you might be worried that these are some of those annoying hipsters you see hanging out at the bookstore like some really depressing gang that dresses in their grandfather's old clothes, but I can assure you after spending time with them that they are not.  Not one of them owns a typewriter, let alone taken it to Central Park.  The only vinyl records any of them owned were the Iron Maiden reissue picture disks and that's because once hung on the wall they really tied the whole living room together.  And they are kinda partial to hanging out in the woods, but not so they can craft a zine about how we are living in an existential void supported by rampant consumerism.  No, they're looking for skulls. 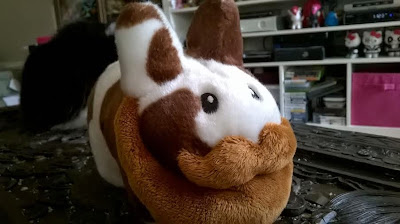 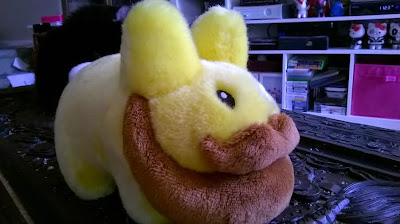 Get your snuggle on at www.kidrobot.com and wherever designer toys are sold.
Posted by Chris at 9:34 AM