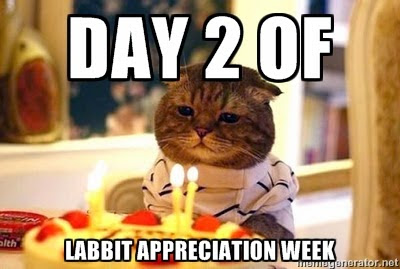 We are knee deep in Labbit Appreciation Week and so far it's going splendidly.  Have to been appreciating your Labbits?  Don't lie to me if you didn't, cause like Santa Claus and the NSA, I see you when you're sleeping.  Ok, that's kind of a stretch, but I'm taking your word for it that you're getting your appreciation on and I don't want to be made to look the fool.  And why wouldn't you be appreciating these iconic little bunnies?  Let's keep the festivities rolling with our second review of the week, this time featuring The Joker Labbit. 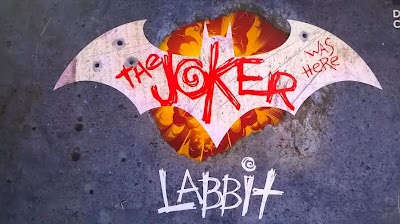 What is it about sociopaths in popular culture that are so appealing?  Ok, spoiler alert, if you're watching The Following and you missed last week's episode don't say I didn't warn you. 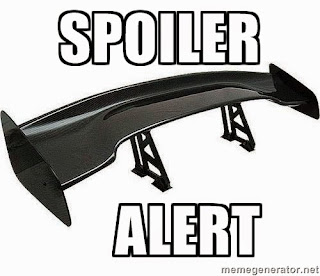 But that moment Joe Carrol finally met his demise at the business end of a lethal injection cocktail I was completely bummed.  And it wasn't just me; everyone I know who watches the show felt the same way.  The dude was a pretty filthy human being, with all the murder and whatnot,  but he was also the most compelling character on TV in recent memory.  Let's face it: the bad guys are always the most interesting and there loss can be tough to take sometimes.   Which is good that Batman has that whole "no kill" policy, otherwise we might have long ago been deprived of the madness of the Joker. 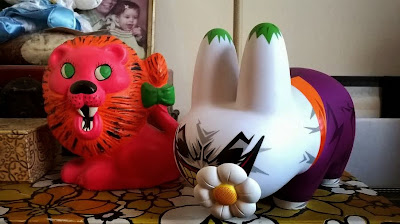 The Joker has been involved in a lot of controversy as of late, with that comic book cover featuring Batgirl that wasn't released to the fact that Jared Leto is playing him in the Suicide Squad movie.  People are passionate because he's one of the greatest villains of all time, and as many incarnations as we may be used to seeing him, we've never seen him like this. 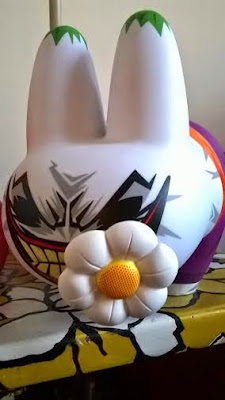 I've been waiting nearly two years for this guy to come out and I was starting to worry it wasn't gonna happen.  I had only seen the box art at Toy Fair, which certainly doesn't do this figure justice.  What I like most about the toy is how minimal the design really is.  It would be easy to go completely over kill and fill every space you can, but his face is composed mostly of a rather unnerving grin and little else.  His blacked out eyes let you know that this is one clown who's probably hiding more than handkerchiefs up his sleeve.  But even as crazy as he may be, he has opted to forgo the traditional cigarette that most of his brethren prefer, and has instead planted a deadly squirting flower between his teeth.  Much less deadly for him, much more deadly for everyone else. 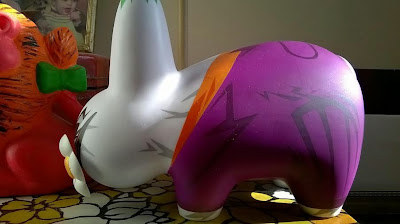 I don't usually advocate for allowing criminals in your house, even when they are in the form of woodland creatures, but there's always exceptions to every rule right?  Besides, it's not like The Joker is known for eating all your food and ordering pay per view that you'd be embarrassed to have on your cable bill. 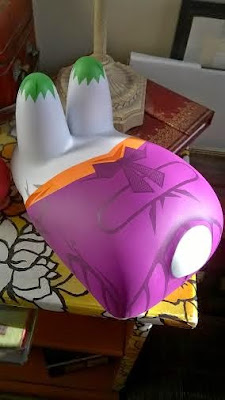 The clown prince of crime is available right now at www.kidrobot.com and anywhere designer toys are sold.
Posted by Chris at 5:23 AM