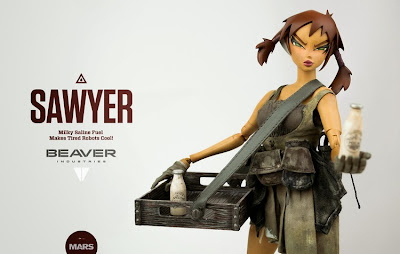 I know everyone is all excited about the new Mad Max movie, but the whole post-apocalyptic thing just doesn't work for me. I get that the apocalypse is pretty devastating, but there's always tons of people in these films and yet none of them are apparently skilled in the building trades.  In Mad Max they drive these wild armored cars, yet why do they not put any effort into building apartment complexes?  Questions like that just nag me throughout so I don't even bother watching films like that most of the time.   And there looks to be a serious lack of deodorant, which is something we should probably start prepping for now.  Screw the zombies, let's keep the remaining folks smelling good and confident in their freshness.  That's how you rebuild infrastructure. 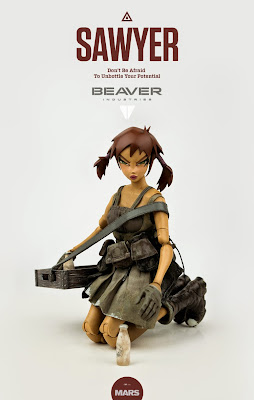 The world of Sawyer and Beaver Industries doesn't seem to be nearly as grim as Mad Max, but depending on what secrets the company is hiding in their massive facility, that situation could rapidly change.  Sawyer is conducting her own investigation into the mysterious place she works, and what she uncovers could change everything.  Sounds interesting to me!  Not only does the story seem cool, but the characters have a really unique look to them courtesy of Crystal Jade Vaughn.  Everything she does compels you to want to know more about the characters she creates.  Just from looking at the pictures online you get such a great sense of the personality that this figure possesses. 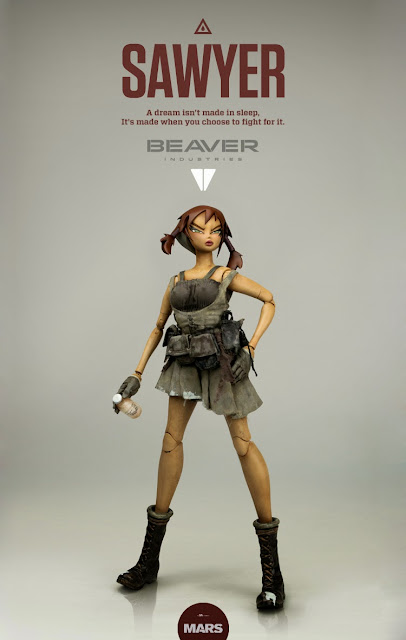 She is available for preorder right now over at http://www.bambalandstore.com/.

Email ThisBlogThis!Share to TwitterShare to FacebookShare to Pinterest
Labels: 3A, Crystal Jade Vaughn