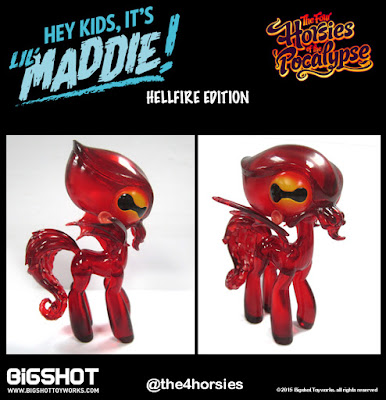 You wanna know what's weird?  Seeing cows on the side of a mountain.  Check this picture out: 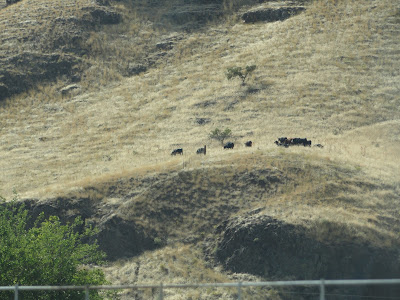 And these weren't even the most precariously positioned cows we saw, these were just the ones I was able to get a picture of.  There were some elsewhere that were literally chilling on the side of a cliff, eating grass and going about their business like there was nothing weird happening.  I always thought of cows as kinda fat and clumsy, but apparently they are sure-footed extreme sports enthusiasts.  There would always be one in the group that had something to prove and would have like half his butt hanging over the edge like it was no big deal.  I pulled the car over and tried to reason with them but they didn't find my argument compelling enough to come down and be normal field cows like everyone else.  It just made me nervous seeing them graze so high above the road.

We saw a lot of deer out west too, which isn't that big of a deal because everyone has deer, until you realize that these deer aren't scared of anything and you could reach your hand right out of the car and slap one if you wanted to.  Not that you would, cause that would make you a sicko, but I was impressed cause New Jersey deer act like you're the police and they're carrying unregistered handguns.

Our other animal sightings included big horn sheep, qual, magpies, and a city mouse at the Philadelphia airport.  Oh, and we saw a ton of ponies.  I bet you thought I'd never relate this story back to the toy, but that makes you a non believer and I should shun you.  But I won't cause I'm totally into this abusive relationship we have.

Bigshot Toyworks is coming to New York Comic Con and they're bringing this super sick Hellfire Lil Maddie with them!!!! A mere $30 will get you one of these clear red beauties from their booth #208, which is part of the Tenacious Toys collective (which is like a Burning Man camp for toy lovers but without the rich fake hippies or sand in your bikini zone).