Lonely Dark Lady TQ from 3A 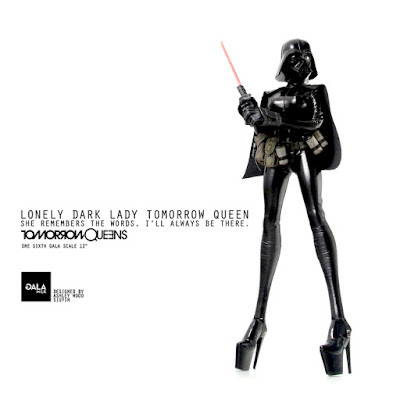 I'm still pissed at George Lucas for going back and putting that garbage into the original Star War trilogy.  Especially being that the computer generated nonsense added exactly nothing to the films other than the feeling of fine grit sandpaper in my undershorts.  But this figure from 3A has given me a great idea for something to change in The Empire Strikes Back.  You know that pivotal scene where Vader tells Luke that he is his long lost father?  Let's revise it a bit:

Vader:  "I know, right.  And to be honest I left you and your sister not to focus on my evil career, but to become the person I always knew I was inside."

Vader then rips off his bulky outfit to reveal his new, streamlined, ladies body.  His light saber becomes a stripper pole and he flaunts what his space credits bought him.

You know that's a Robot Chicken sketch waiting to happen.   Hit me up Seth Green, and let's make sweet magic.

October 30th is the date to get your hands on this 1/6th scale beauty from 3A and the only place to do that is http://www.bambalandstore.com.  Your childhood will never be the same. 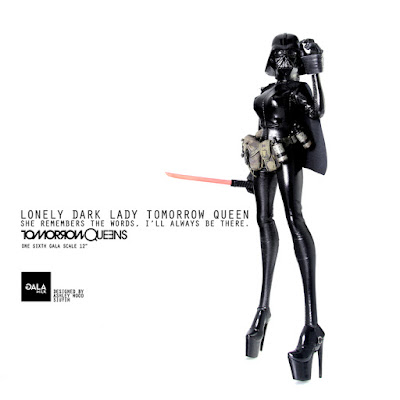