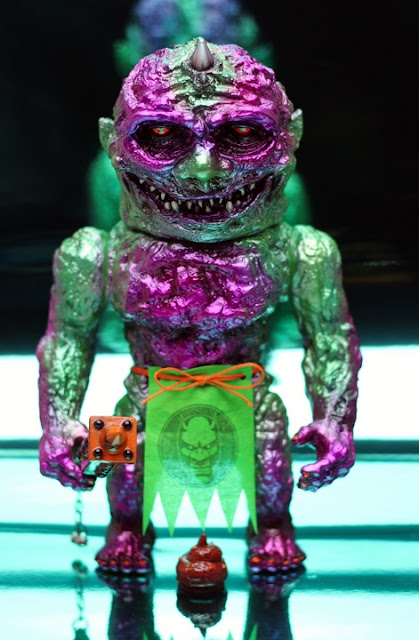 My wife won't let me have this toy.  It's my own fault really, cause when I first saw Zug the Troll he wasn't wearing his fancy loin cloth and his twigs and berries were hanging out for all to see.  I made the joke that if I got one of these I would, every so often, snap a picture of his ding a ling and text it to my wife.  Here's how it would play out:

Sharon:  I miss you.

Me: "troll ding a ling pic"

Sharon: I'm not speaking to you.

It's kind of like the next level of Deez Nuts jokes and I thought she would be proud of me coming up with such a great innovation to a classic that also involved our toy collection.  Now I'm gonna have to buy her shoes.

All kidding aside, this new figure from Mutant Vinyl Hardcore is pretty intense.  Dude looks like he would have no problem gnawing the meat off of your bones if you dared to pass over his bridge.  He's making his debut tonight in both painted and unpainted versions.  And you don't even need to enter a lottery to get one.  All you have to do is visit http://store.mutantvinylhardcore.com at 8pm eastern time and pray that your Wi-Fi holds up. 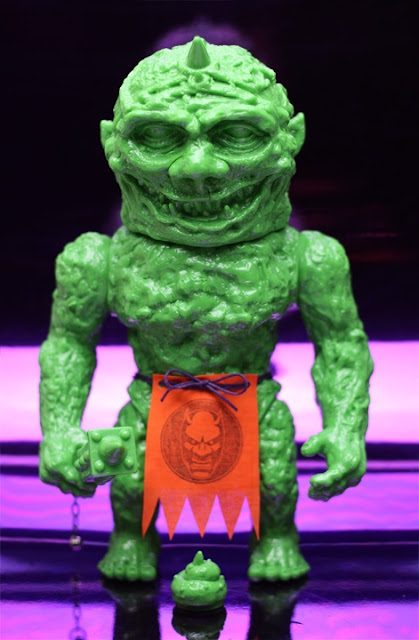 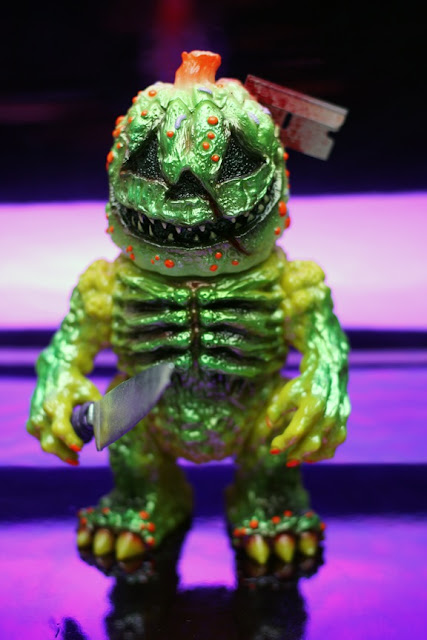 Oh you thought that was all?  Nope, cause tomorrow night Sam Heinous makes his once per year appearance.  Also releasing at 8pm eastern time, this guy looks hellbent on bringing the tricks rather than the treats (Didn't that sound like I could almost work for Buzzed there for a second? )  I have a feeling a lot of people's credit cards are going to be screaming for mercy by the time this week is over.