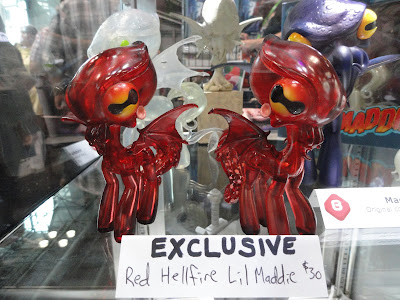 This is wasn't the first year that Bigshot Toyworks was at New York Comic Con, but it is the first time that they were not only selling their wares, but had an exclusive available.   The Hellfire Lil Maddie looked amazing in clear red and in a smaller size that the original 6 inch figure.  Their booth was filled with items from the Four Horsies of the Pocalypse line, but it was one particular prototype I was the most excited to see, as it was the first time it had been displayed in public. 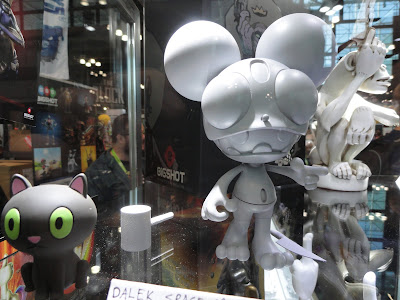 You used to have a lot of options if you were a Dalek fan and wanted to collect his figures, but it's been a number of years since anything has been released.  Well that's all about to change, as you can see from this Space Monkey prototype.  No word on a release date, but being there's an actual three dimensional representation of it, I'd have to assume we'll be seeing it sooner than later.

You can check out many more pictures by visiting www.facebook.com/TheToyViking. 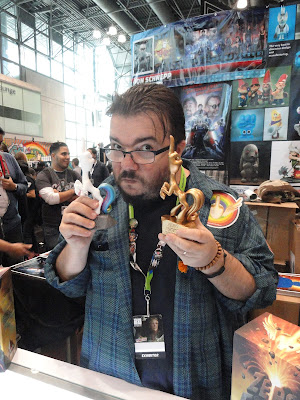 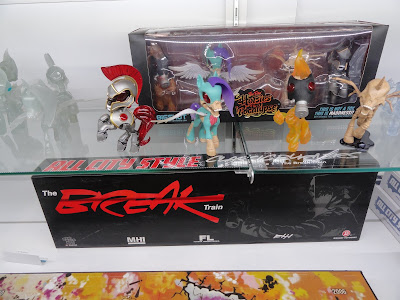 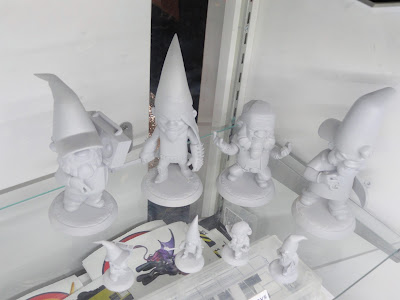