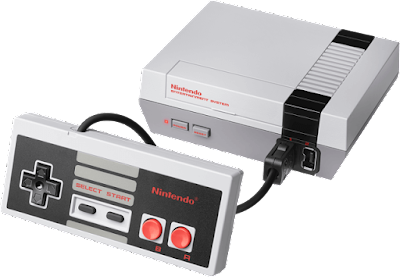 May I present to you the one item that is guaranteed to get moms fighting UFC style on Black Friday this year.  Ninetendo just announced that they're releasing this NES Classic gaming system that comes pre loaded with 30 of their most popular retro games of all time.  You get all three Mario Bros., Metroid, The Legend of Zelda, and one of my all time favorites Techmo Bowl.  I used to destroy people in this game because I would always play as the Raiders and just run Bo Jackson through their defense all day long.  There was nothing they could do but slam the controller in disgust  as I celebrated touchdown after touchdown.  I would try and trick my wife into playing against me but I'm not looking to sleep on the couch the rest of my life.

This little bundle of joy is set to retail for $59.99 when it's released in November and it comes with one controller.  A second controller will run you another $9.99, which is totally worth it to assert your 8 bit dominance on everyone you know.

Email ThisBlogThis!Share to TwitterShare to FacebookShare to Pinterest
Labels: Nintendo