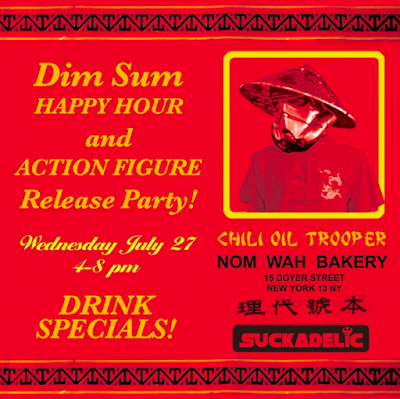 What are you doing later today?  Are you stuck at work?  Going to a baseball game?  Attending a funeral?  Well, cancel all your plans cause if you live in the New York area you are now going to break bread with the Sucklord as he celebrates the release of his newest bootleg figure, the Chili Oil Trooper.  You may nhttp://www.suckadelic.comot recognize this figure because the food court scene inside the Death Star got cut from the original Star Wars, but I can assure you this bro was there cooking up Asian delights for those hardworking cogs of the Empire.  Remember his sacrifice today from 4-8pm at the Nom Wah Bakery in sweaty New York City.  GPS that jawn and get going so you make it on time. 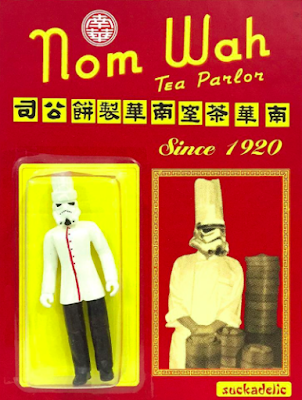