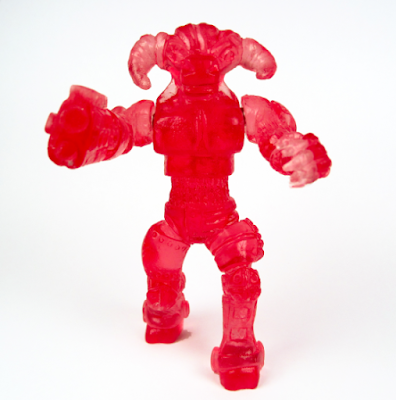 Let's all take a moment to give my boy Theseus some credit.  First and foremost, you wouldn't catch me skulking around a pitch-black labyrinth.  I always think how cool it would be to explore the abandoned place in Philadelphia, but I am way overdue for my tetanus booster.  Secondly, there's the Minotaur to contend with, who is like the ancient version of a crackhead armed with hepatitis needles.   You stumble upon that bro, and it's a trip to the emergency room and blood tests every six months.  So I give much respect for Theseus for being the ultimate explorer/monster killer.  I really should rewrite all of the Greek myths with a more urban so the kids of today could truly appreciate them.  I'm gonna call it "Straight Outta Athens".

As if a giant man-bull lurking in the dark wasn't enough to scare the crap out of you, what about one that's gone full Terminator?  The Minatorg from BOObotcher and Forces Of Dorkness could definitely have a place in my book, what with his giant arm cannon thingy and overall menacing look.  This is the first version of this collaborative figure, cast in translucent red resin, standing 4 and 1/2 inches tall and available right now for only $25 bagged with a header card.  Snag this updated nightmare of mythology by visiting http://forcesofdorkness.storenvy.com/ 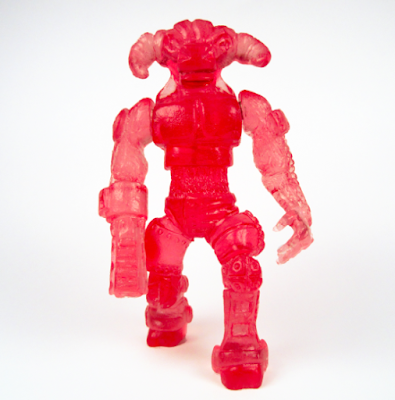 Email ThisBlogThis!Share to TwitterShare to FacebookShare to Pinterest
Labels: BOObotcher, Force of Dorkness