Not at Comic Con? Neither is Skinner and He Has New Stuff For You 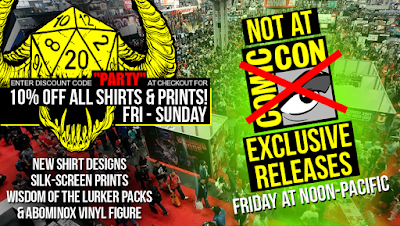 I know what you've been doing.  You've been looking at all your social media sites, living vicariously through everyone you know that's going broke in San Diego.  I've caught myself doing it too; being transfixed by all the toys you wish you could buy but instead were bought by jerks looking to flip em on eBay and make some money off of your hopes and dreams.  I get it, because as I sit 3,000 miles away from comic con, I'm wishing for nothing more than to stand in line for hours on end and for sweaty people to constantly brush up against me and transfer their inhuman funk to my person.  See what we're missing out on?

Skinner isn't at comic con either and is instead having his own party on his website starting today at noon pacific.  He's gonna have t-shirts and prints and lord knows what else, but for me the highlight of the whole shindig is this massive Abominox figure. 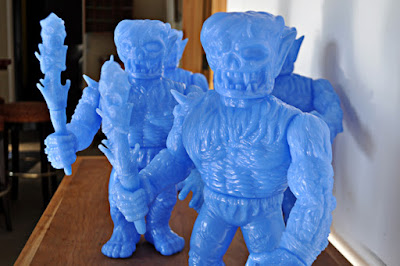 This will easily make you forget all about not being in California, meeting celebrities and whatnot. Plus, you can't go to comic con in your underwear (well, technically you can if you're dressed as some recognizable character) but Skinner doesn't care if you're stark naked when you buy this dude.  In fact, I think he prefers it.

This chilly looking giant bro is limited to only 20 pieces and will be $150 each when they go on sale at the previously mentioned time today.  And if you're wondering just how big they are, here is a life-sized Skinner barely able to hold two of them up. 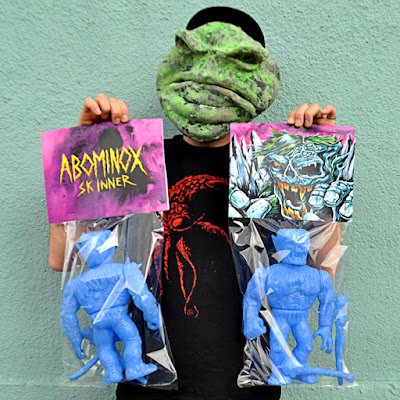