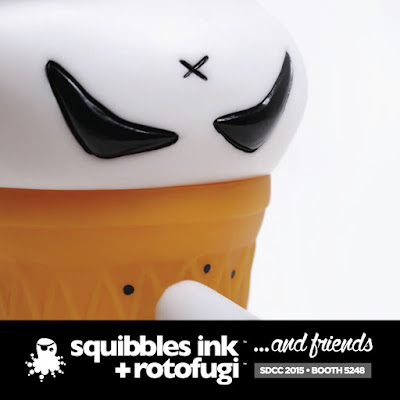 I'm probably going to get hit for telling this story, but it makes me laugh every time I think of it, so a black eye might be worth it.  Don't say I've never bled for my art.

We live a short drive from Wildwood, NJ , which is somewhat akin to purgatory by the sea.  See, people with kids a who are really afraid of germs go to Ocean City, while those of us that like to people watch and aren't concerned about catching a criminal record go to Wildwood.  Obviously the wife and I gravitate towards the latter, so every summer we get excited to almost get run over by the tram car and watch silly tourists have their food stolen by seagulls the size of golden retrievers.  Once while walking down the boardwalk my wife grabs me by the arm and has a concerned look plastered across her face.  I thought maybe she lost her wallet, or left her phone in the car, but I never could have expected what she told me:

After taking a moment to process what I just heard, she showed me a mark on her shoulder that had once housed the now absconded mole.  Evidently the strap of her purse had acted like a makeshift saw, cutting that sucker at the root and separating it from the rest of her body.  I knew I couldn't miss an opportunity this, as how many times will skin imperfections find themselves flying off my wife's epidermis?  I told her that I saw something drop from her shoulder but just thought it was a piece of lint from her tank top and it landed in a woman's ice cream as she passed by us.

The look on her face was a mix of horror and hilarity as I tried my best to convince her that some stranger was ingesting and oddly shaped and textured sprinkle even as we spoke.  I even pointed out the lady that was turning into an unwilling canibal courtesy of her frozen treat.  "I wonder if she's going to wake up tomorrow with a craving she can't explain to ingest every blemish she see." Sharon wasn't buying it and I ended up with a bruised arm for nothing but even now it still makes me laugh.

I don't think there are any moles hidden in Jerome's swirly little head, but he does like to smoke so you may find a stray ash or two.  Frank Kozik's ice cream bro will be making his debut at San Diego Comic Con courtesy of the folks that produced him, Rotofugi and Squibbles Ink.  But fear not those of you who crave nicotine-addicted dairy products, for there will be an online release to follow shortly after for those of us not at the convention. 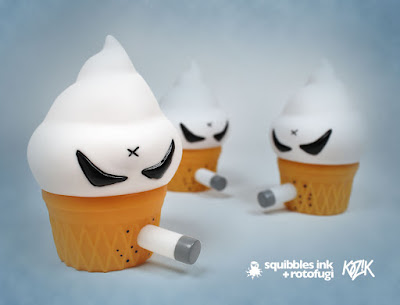