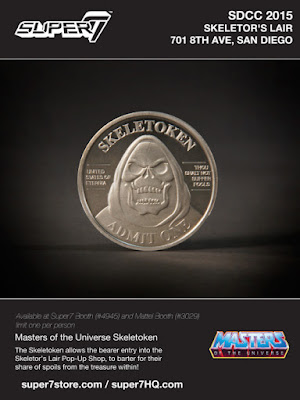 Is Super7 going for some Guniness World Record to have the most San Diego Comic Con Exclusives ever?  Not only have they loaded up their booth inside the convention, but they're utilizing their retail space in the city for a whole different event entirely.  Skeletor's Lair is taking over their store with the best Masters of the Universe exclusives you've ever laid eyes on.  But you can't just walk up to the door and be let in, that would be too easy.  You gotta score yourself one of these special tokens from either Super7's booth #4945 or Mattel's #3029 for admission.  Once inside you're gonna probably loose your mind and need medical attention after seeing what's available to purchase.  Here's part one of my rundown for you. 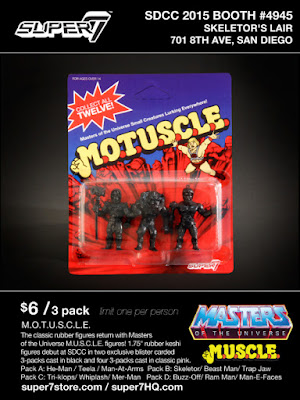 You could buy all of these M.U.S.C.L.E. inspired figures and because they're so small, convince yourself that you need way more stuff.  And then you'll get back to your hotel room, open em all up and have a ton of toys to spread out on the bed and roll around on like Scrooge McDuck.  Not that that's exactly what I do after a long day of shopping at a convention and after I confiscate my wife's phone to ensure there is no photographic evidence of it. 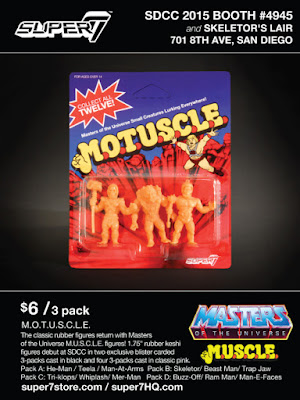 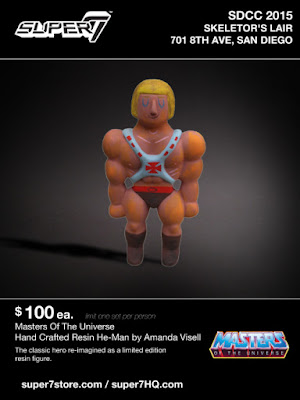 You wanna get fancier with your He-Man collection?  Then you're gonna need these exclusive resin He-Man and Skeletor resin figures from Amanda Visell.  Both were hand cast and painted and are extremely limited/more awesome than anything you currently own. 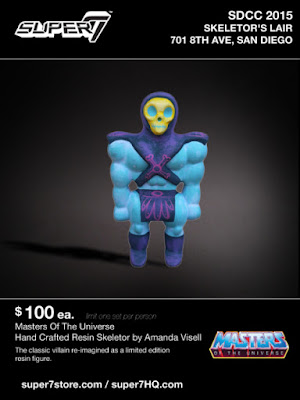 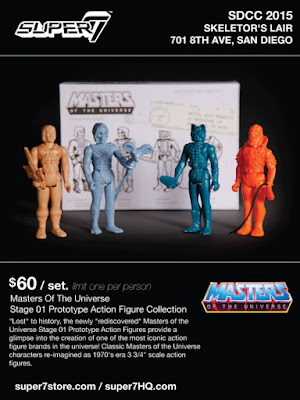 Let me tell you something.  If you wanna know what's something people are going to be nuts for during and well after the conventions, it's these four figures you see here.  Super7 not only caused a frenzy with their Alien prototype set, but they created a whole new series of action figures that are available just about everywhere.  If you're a collector that is also interested in watching a toy's value grow, these are a no brainer. 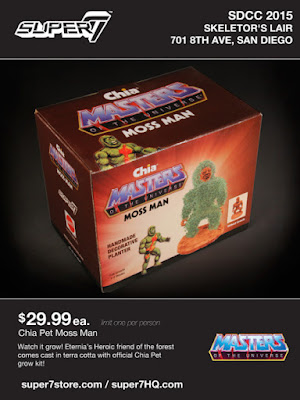 How has this never existed before?  Whoever made this happen is a genius and I want one pretty badly.  This official Moss Man Chia pet is limited to one per person, but I would need two of them because you can't not grow the thing.  But then it would kill me that I didn't have one mint in the box because yeah, I'm kinda weird like that.  Now I have a headache. 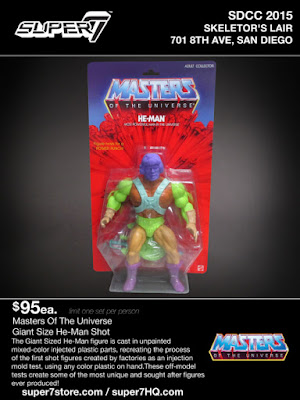 You know what makes these test shot figures great?  The shear size of them.  I'd fill my house with giant sized Skeleton figures no problem, which may be why I have to take medication to be a functioning part of society. 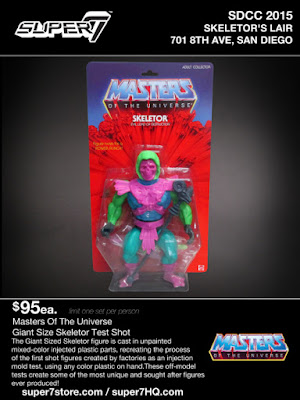