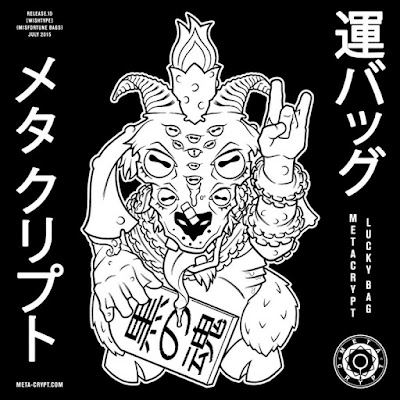 I could use a good bag.  I've always got papers laying around and I find myself looking for something to put them in.  It used to be my important documents wok, until one of my cats peed in it and made doing my taxes that year really awkward for my accountant lady. Now it just consists of a plastic Wal-Mart bag that once held my Cap'n Crunch, then I toss it down the steps of my basement and forget where I put everything.  You think being so self aware of my problem that I could put a stop to it, maybe even develop a system to put away those papers I didn't really know what to do with, like the deed to the house and my medical bills that I can't seem to throw out or pay either.  But I say nay,  my "pack things in bags and throw them down the basement steps" filing method is still very valid because I still have a lot of basement left.  Maybe the real problem is I don't really have a nice enough bag for my important papers that would elevate them to a more, dare I say, important status.

Problem solved!!!  The folks at Metacrypt are releasing a killer Misfortune Bag at San Diego Comic Con filled with all kinds of goodness.  And this ain't no brown paper lunch sack either suckas, it's a full on canvas bag featuring that graphic you see above there, which is perfect for all those birthday cards your mee maw and paw paw send you.  But gaze inside and things get even better, as each bag contains a  random big ol Shub Zeroth figure and two companion dudes and other goodness that's a surprise.  The bags are limited and at $150 are probably cheaper than a cab ride to the show.  Or not, I've never even been to California so who am I to riff on the particulars of public transit.


Ok, I know not all of us are the most adventurous of folks and like to pick the exact figures we want.  Some people would say that's the sign of being a control freak, but hey, I'm not here to judge you to your face.  Artist Candie Bolton did five Blacklight Rainbow version of Shub, each being $130, or snag yourself one of the most amazing marbled versions for only $100.  Marbled Japanese vinyl is THE BEST.  Seriously, it's like something only rich people should be able to have, but there it is, available to us all.  It's a gift.  Random Drudes for $20 each will also be available,  ready and willing to worship your entire toy collection. 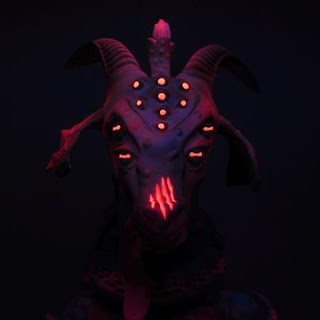 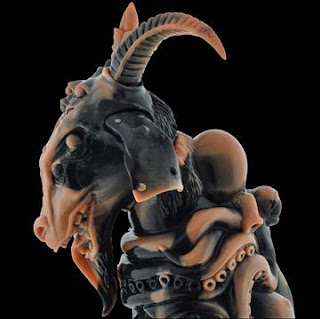 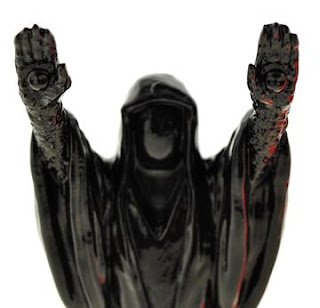 Plus...oh yeah, there's a plus....there will be t-shirts and patches and lots of other stuff.  And I'm told there will be Brian Ewing, being that this is all at his booth and stuff, and he's half of the Metacrypt team (the other half being Rocket Society/Hateball, FYI).  It's all happening at booth # 4503.
Posted by Chris at 3:25 AM