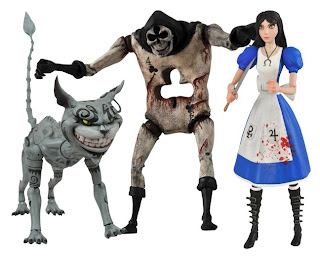 Diamond Select Toys have announced that they will be releasing figures from the Alice: Madness Returns video game in the Summer of 2012.  While I found the game to be rather underwhelming (thought the cut scenes were some of the best I've ever seen) I have always enjoyed this reinterpretation of the classic literary tale.  The book screams of something more sinister than what is being presented to you and I think these figures really capture that unease most of us have felt about it.  And check out the "variant" Hysteria Alice.  She looks like she could be in a Victorian themed black metal band, which is not at all a bad thing.  This one will be available through Previews Magazine, so if you want one check out your local comic shop and get them to order it. 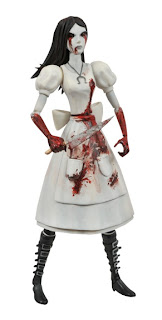