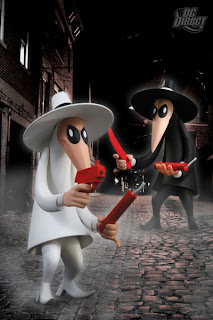 I remember first being exposed to MAD Magazine at my grandparent's house, who still had a stack of them from when my uncle was a wee lad.  After the excitement of going to the grocery store and watching The Price is Right had worn off, I would read every word of these gems as if they contained the secret to life.  Maybe that's why I turned out the way I did?

Spy vs. Spy was an enjoyable little comic, where two color impaired secret agents continually tried to kill each other with little success.  No you can relive their bumbling antics with your very own vinyl figures from DC Direct.  Each toy is 9" tall and comes equipped with enough ridiculous weapons to ensure the fun will last for hours and hours.  Packaged together, the set will cost you $49.99 when these are released on May 2nd.   This release also coincides with the 60th anniversary of Mad Magazine and I'll be more than happy to celebrate by making some room on my shelf for these guys. 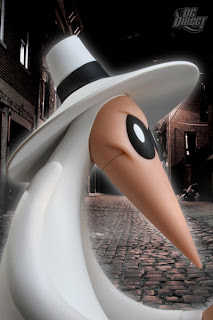 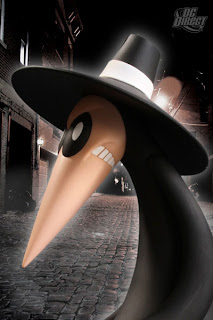