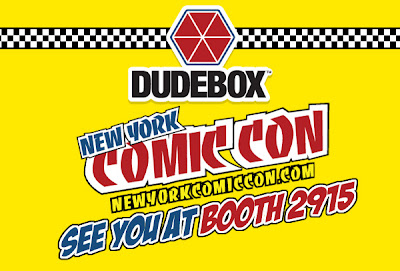 This is the year of the Dudebox!!!!!  Continuing their attempt at world domination through toys, the folks at Dudebox are crossing the Atlantic and invading New York Comic Con.  They're coming armed with all kinds of crazy stuff to assault your senses and will ensure you leave with arm loads of things that will piss off anyone riding the subway with you.  Take a look see: 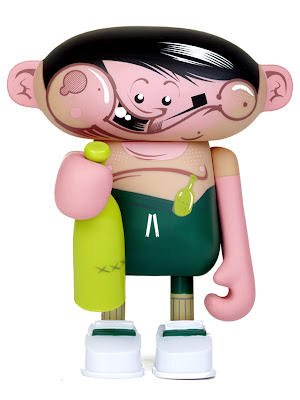 This bro is clearly off the wagon.  His name is Taps Aff! and was designed by Scottish artist Conzo.  He is 7 and 1/2 inches tall and limited to 300 pieces. 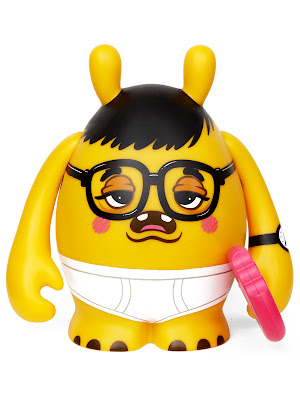 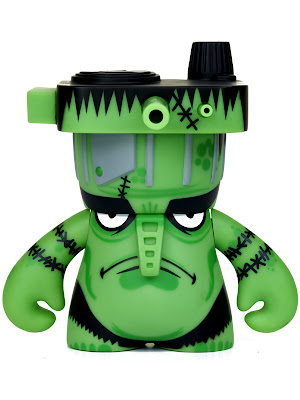 This crazy new platform shape is known as HUA and Riccardo Bucchioni put it to good use for his figure Franken.  Same height and release numbers as before (I'm detecting a pattern here). 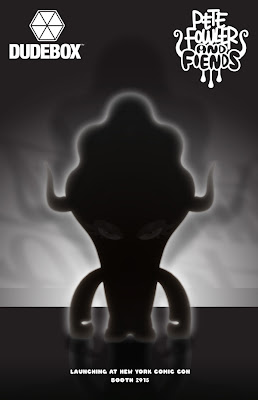 This one intrigues me the most.  Kinda spooky lookin if I do say so.  The secret identity of this toy should be revealed to us soon. 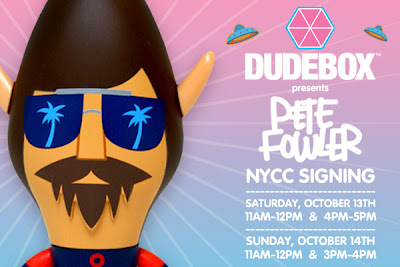 I've already told you about the Dai Ocean figure from Pete Fowler that will be released at the con, but what you didn't know is that Pete himself will be making an appearance!  That's right, you can meet one of the original gangtas of vinyl toys both Saturday and Sunday!!!!!!!!  Check out all the info above.