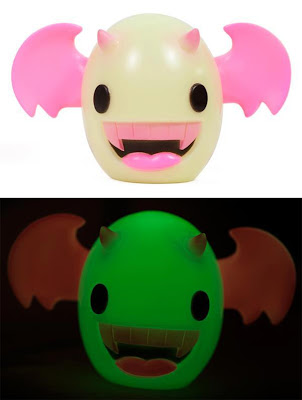 Lou Pimentel is debuting his new figure Junior in style with this Ghost Blossom Edition.  Not only is it sporting a cool paint scheme, but it glows in the dark!!!!!  This guy will be a New York Comic Con exclusive but don't worry your pretty little heads if you can't go, cause it looks like myplasticheart will be offering you the chance to get this figure as part of The Wing Fan Clan.  You'll get a bunch of cool unpainted versions of the figure that are offered only to club members and the chance to get every other release of this guy you could want.  To be a part of the group it costs $150 and you have to send an email to wingfangclan@myplasticheart.com to get set up. 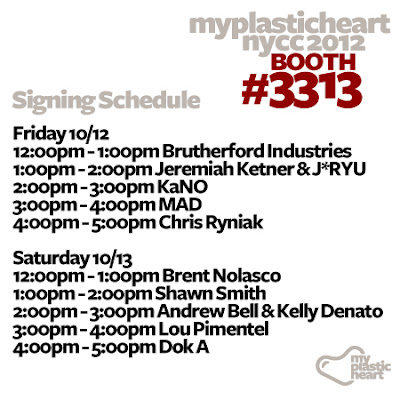 Speaking of myplasticheart and Comic Con, check out their signing schedule!!!  I would go out on a limb and say they have the best line up of artists for the entire show.
Posted by Chris at 8:22 AM