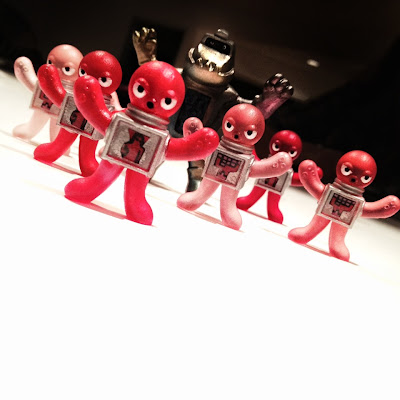 I was wondering what Peter Kato had been up to recently. I hadn't heard from him for awhile and got nervous that he grew a long beard and started a moonshine business in the Appalacian Mountains. Thankfully, he has just been making a crazy amount of toys for New York Comic Con! How much is a crazy amount? Enough to make this the most pictures I've ever had in a single blog post. Without further ado, let's check out all the stuff he'll have available for you next week.

That picture you see up top there:  those are Tako Cubes.  The red ones are the tough guys, ready to fight at a moment's notice.  The pink ones are the smart ones, they keep the Space Army running.  If you're going to be at NYCC they will be $10 each and afterwards they will be $15 at www.peterkatoshop.com. 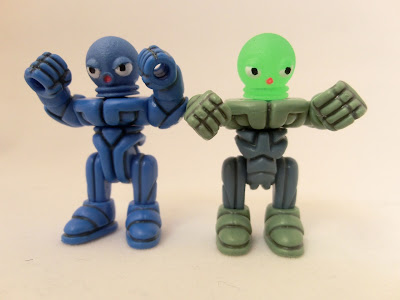 These are a special collaboration Peter put together with Onell Designs utilizing their Glyos system.  These special heads are only $5 each so you can build your own crazy characters. 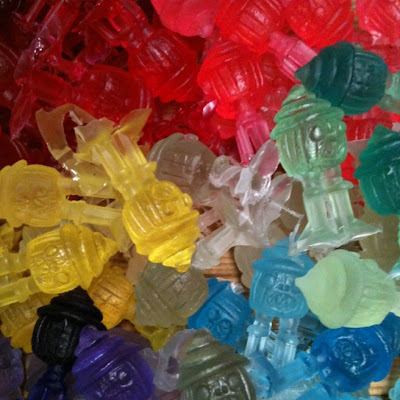 What's this?  Another collaboration piece?  This time Peter hooked up with Rampage Toys and made a ton of Micro Pachi Cakes.  They look like candy and I may be in danger of trying to taste one or two. 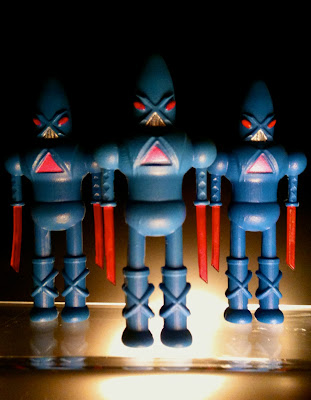 These are my new favorite toys from Peter.  They are awesome ninja robots with the rather terrible task of exterminating his popular Tetsujin chracters.  Ok, so they're not the nicest guys in the world, but they look really cool and as far as toys go that is more important.  These 3 inch tall bad guys will have a convention price of $20 and will be $25 afterwards from his website.  Fifty of these guys will be available. 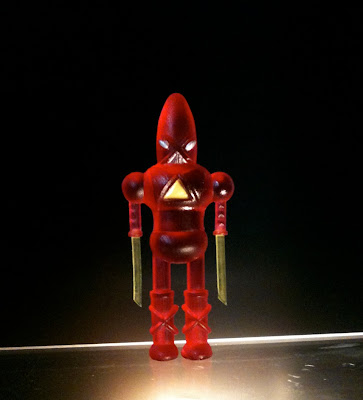 But even rarer than those are the "Stark" versions.  Cast in Iron Man colors and limited to only 20 pieces, these will also be $20. 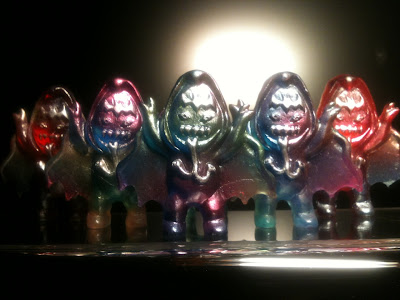 Now we've made it back into familiar territory.  Peter has taken some of his classic characters and made them in a cool rainbow mix of colors.  People had been emailing him and asking for these so he did a very very few of them.  Each one will be $10. 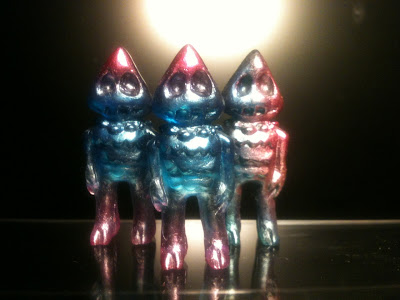 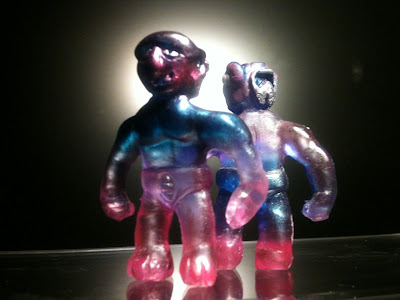 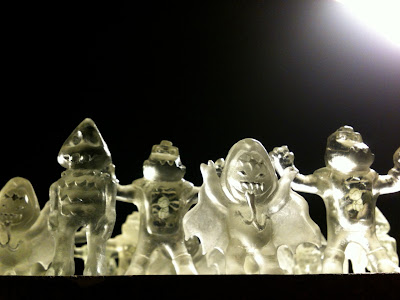 I told you there was a lot of stuff didn't I?  Well, we're nearing the end and we're gonna blow you're mind with these last few.  These clear figures are his special tribute to the one year anniversary of their debut.  Toy Tokyo will be selling these extremely limited figures at their booth and they will only be available at NYCC.  The larger Turtle Tetsujin figure will be $20 and the others will be $10. 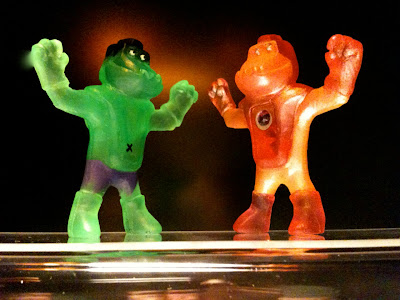 Since it is New York COMIC Con you have to include some famous characters in the mix right?  Check out his Turtle Tetsujin figures doing their best Hulk and Iron Man impressions.  There's only 5 of each figure and they will be $20.

All of Peter's figures (except the clear ones) will be available at the Onell Designs booth #3216.