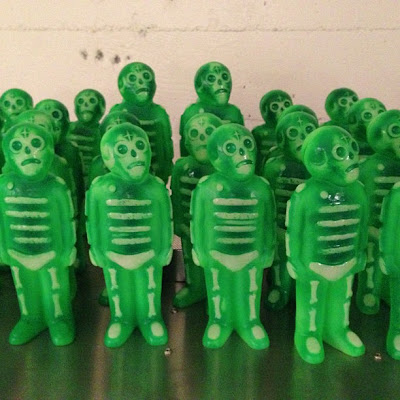 Frank Kozik is gearing up for next week's DesignerCon with a few releases that maybe would surprise a lot of you.  For one, I don't see any snarky rabbits dangling cigarettes from their mouths.  And for two, everything is hand made.  For starters, check out what he did to these Mike Egan Bones figures.  All of them are hand painted and looking like they're ready to jump start the apocalypse.  Or at least scare the crap out of your kids. 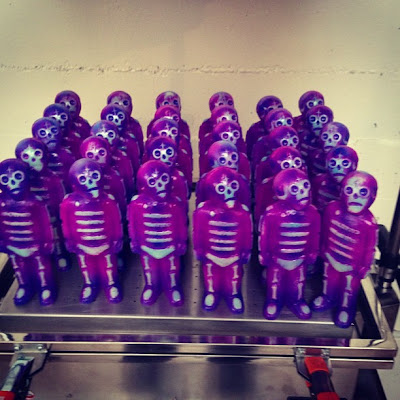 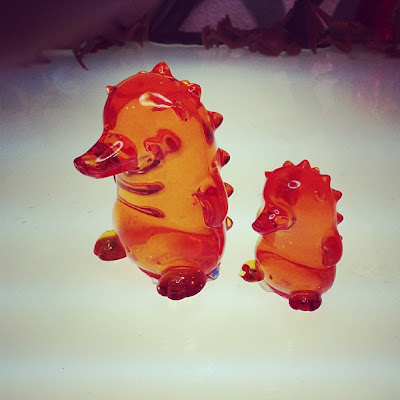 He's even bought a butt ton of equipment to start making his own resin figures.  Here we have Heathrow the Hedgehog looking as if he were edible.  Seriously, he looks orange flavored.  You may remember Heathrow from his previous incarnations created by Maqet, though it's been awhile since we've seen any of those and I'm sure there's a good story behind it.  A company just doesn't stop making it's best figure from a well known artist.  Makes you wonder.  Anyway, these are better because they were made by the man himself and if you're lucky may contain some of Edward Goralsky's shed fur. 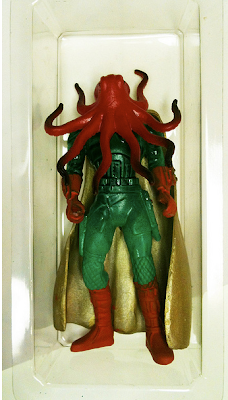 And if that wasn't enough, he also made this Sucklord figure as part of this whole Suck-Up thingy where different artists put their spin on his work.  Only 50 of these were made and they'll be $100 each.    I don't know the price of the other stuff because it's a secret or he just hasn't decided yet.  Either way, it's a mystery.