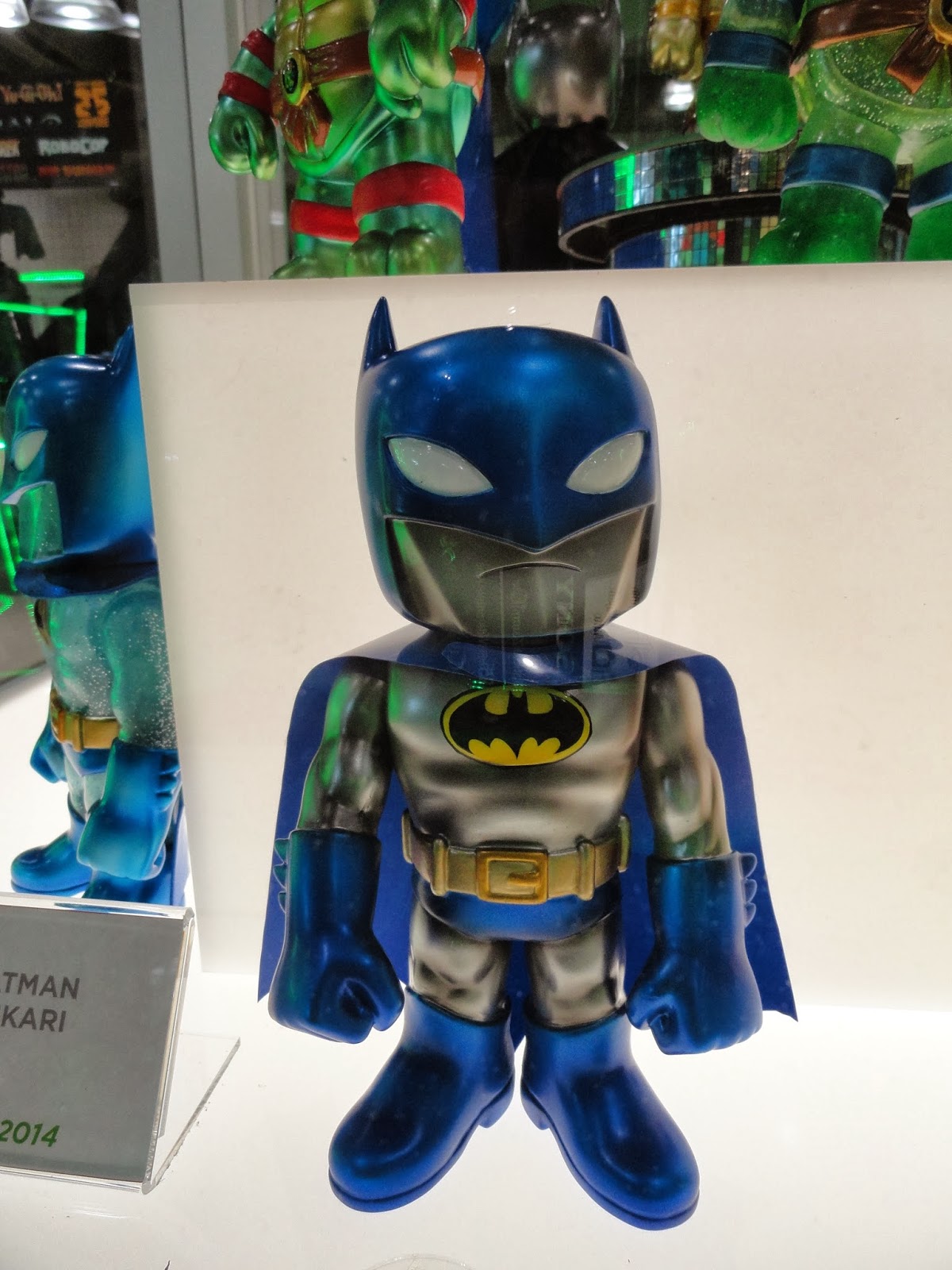 I don't know how Funko manages to release so many products.  Not only do they put out a ton of toys, but they have the license to everything ever created.  There is nary a character you could imagine from any form of entertainment that they have not or will not in the future produce a figure of.  Which I'm fine with, because if there's one thing I love it's buying more toys.  Some would call it an addiction. I would call it more fun than paying for stupid things like electricity or vegetables.

And they're branching out into different styles of toys to create, like these Japanese sofubi Batman and Ninja Turtles.  These were drawing a lot of attention, as you can tell by the gentleman below, taking a picture at the same moment as I was.  Seriously, who wears a hat like that that isn't toiling away in a London basement on clandestine science experiments?  The answer we were looking for is "virgins." 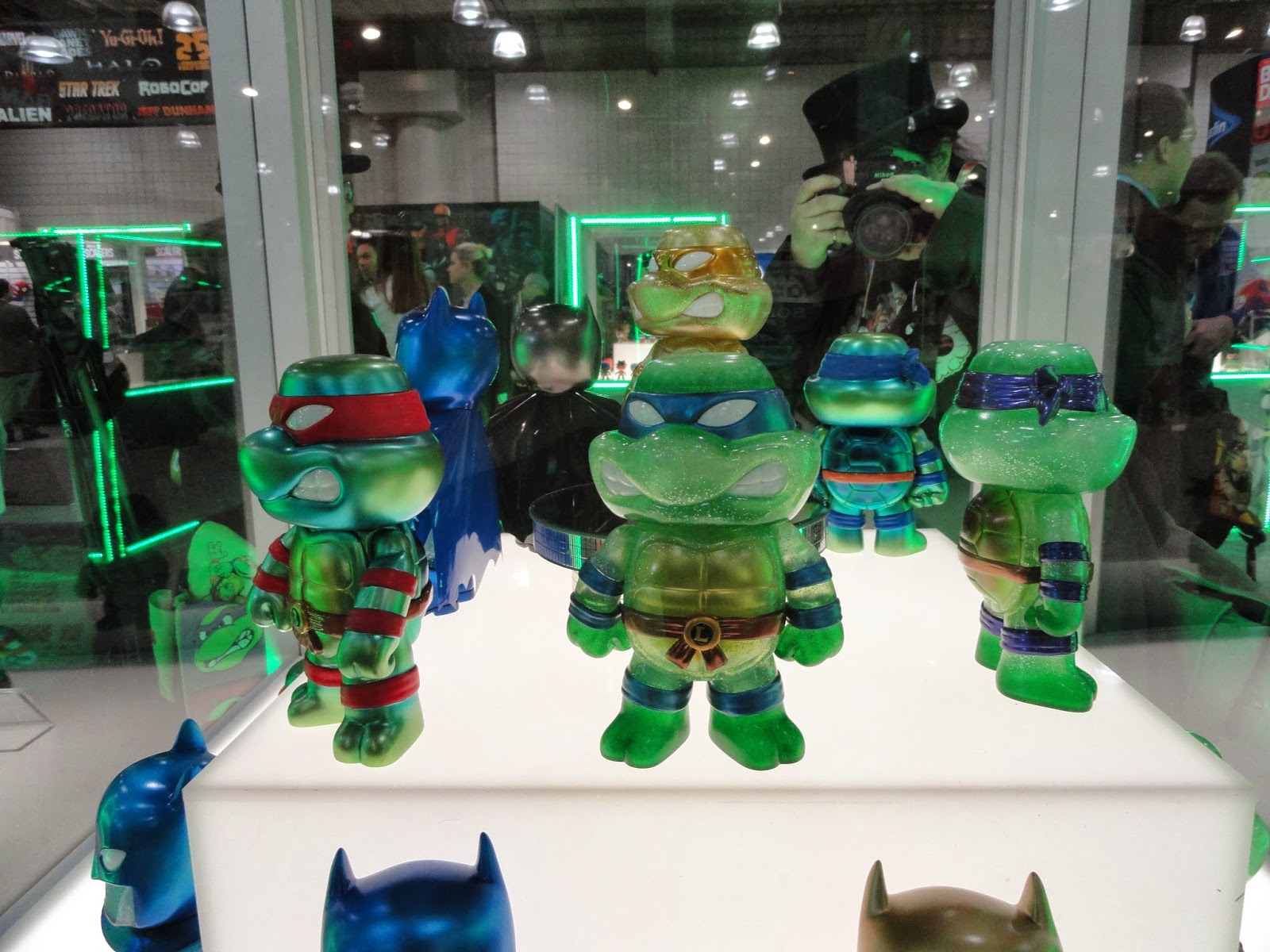 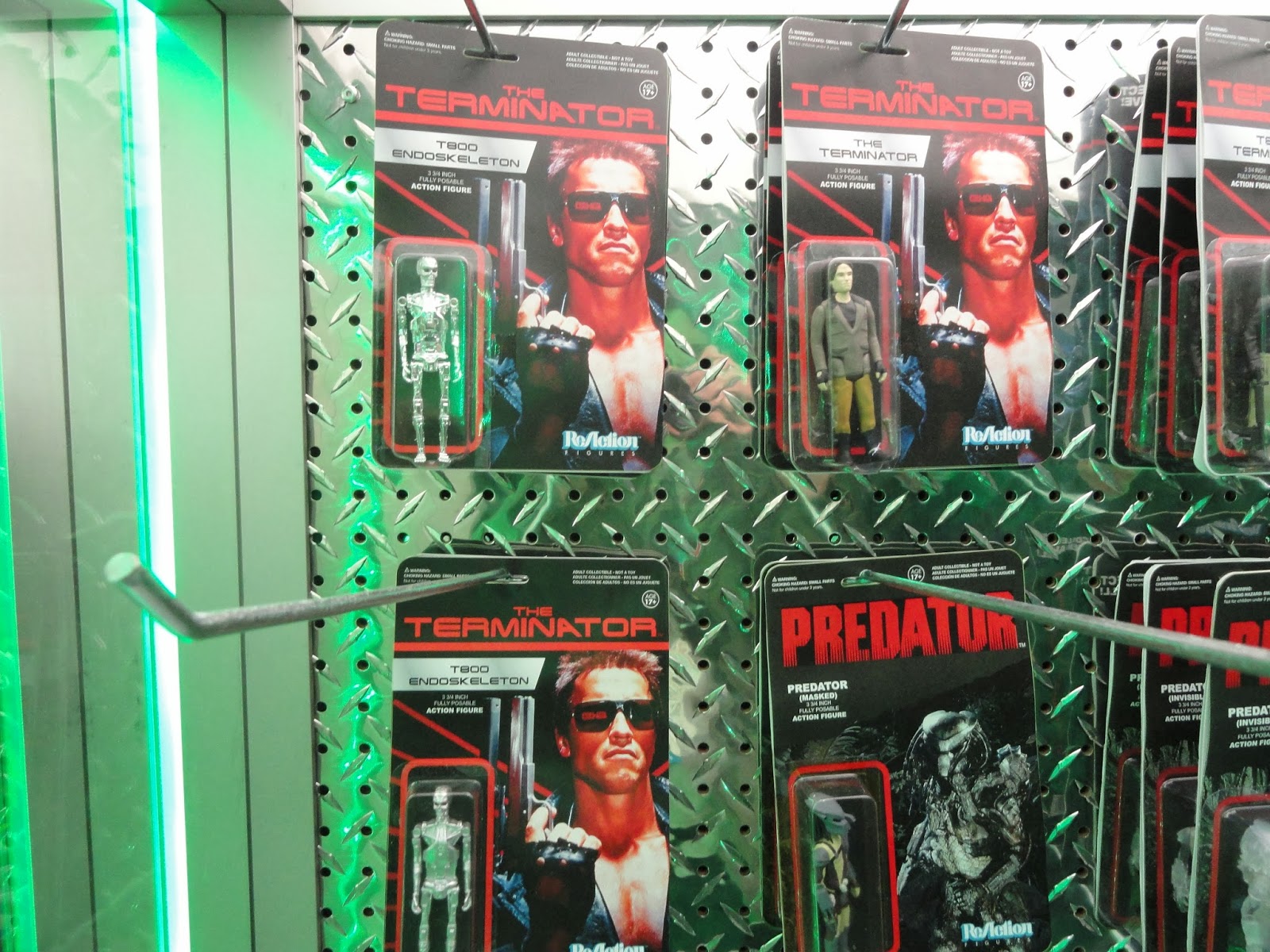 These were by far one of the biggest hits of the entire show for me.  Continuing their relationship with Super7, Funko previewed all of the figures in their soon-to-be-insanely-popular ReAction figure line.  These figures are designed like the old school Kenner Star Wars dudes and feature every character you wish you had in toy form as a kid.  It would take me a day to list all the ones they're making, but at only $9.99 each, you can just go ahead and budget to buy them all. 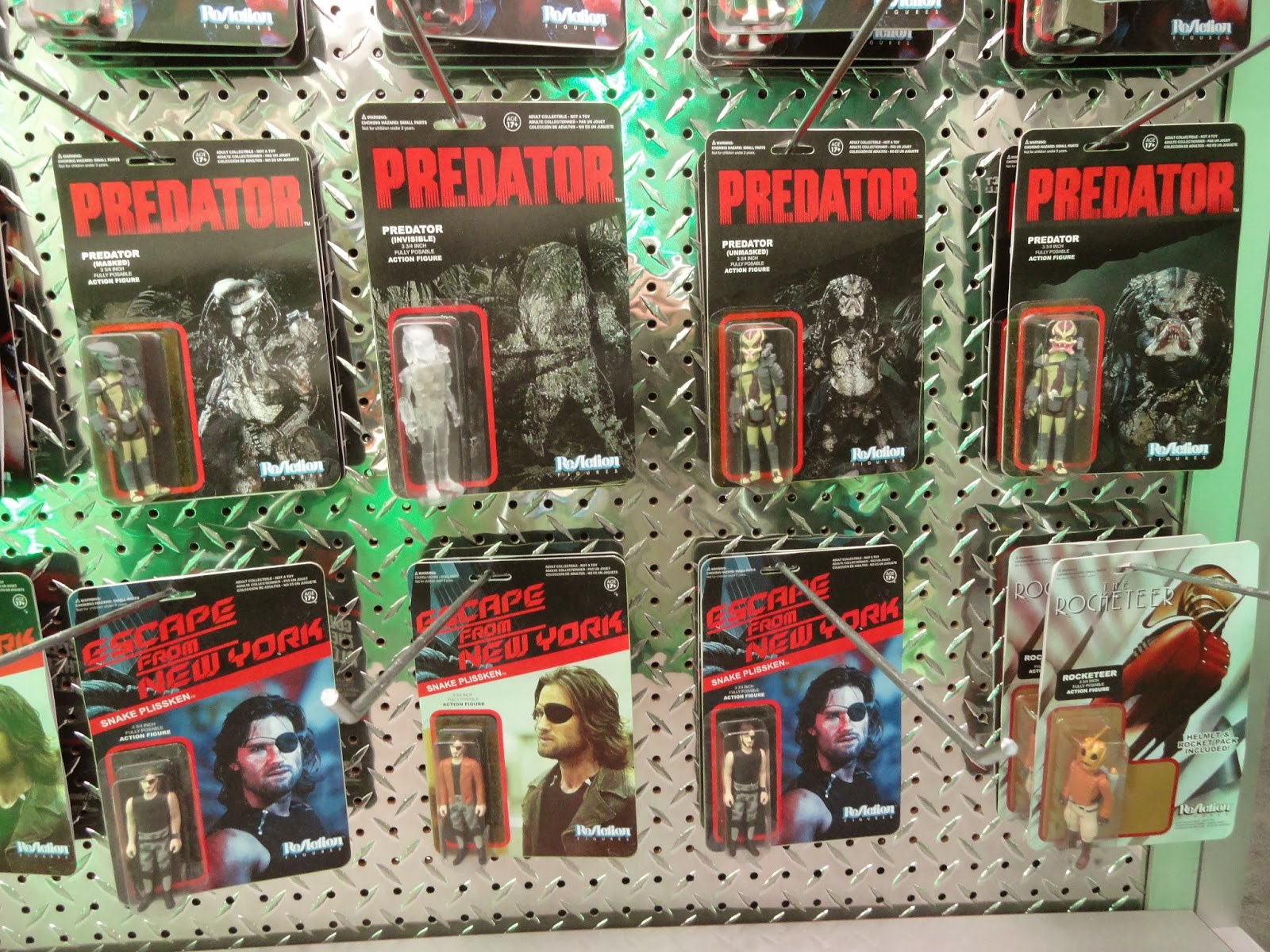 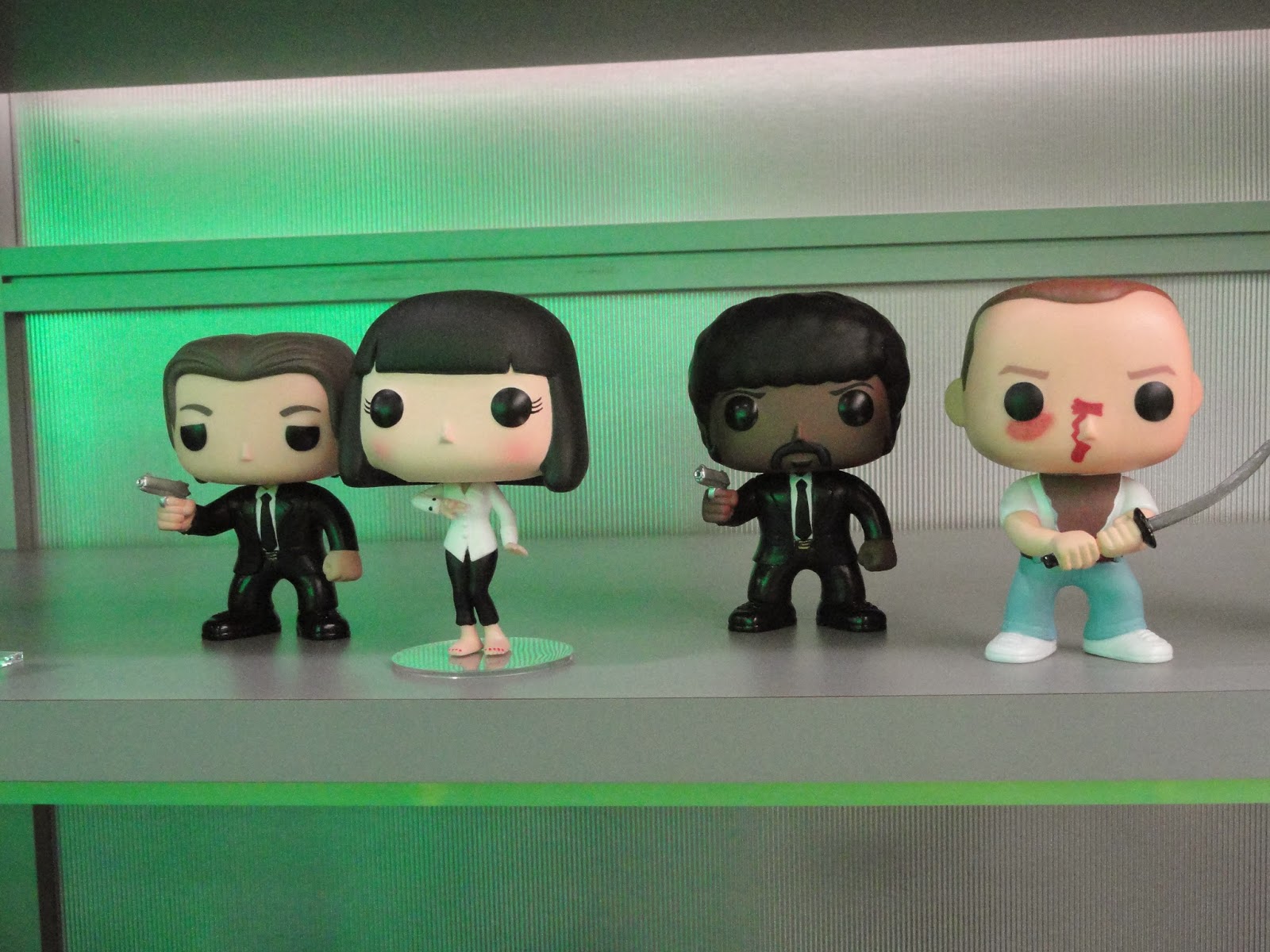 Of course they're also making a bazillion new Pop! Vinyl figures.  What you see pictured are just a handful of the prototypes they had on display.  If I posted every photo I took you would scroll until you  had a seizure, so consider it a gesture of kindness on my part that I gave you but a sampling.  If you'd like to see more of what I saw at Toy Fair 2014, check out www.facebook.com/thetoyviking. 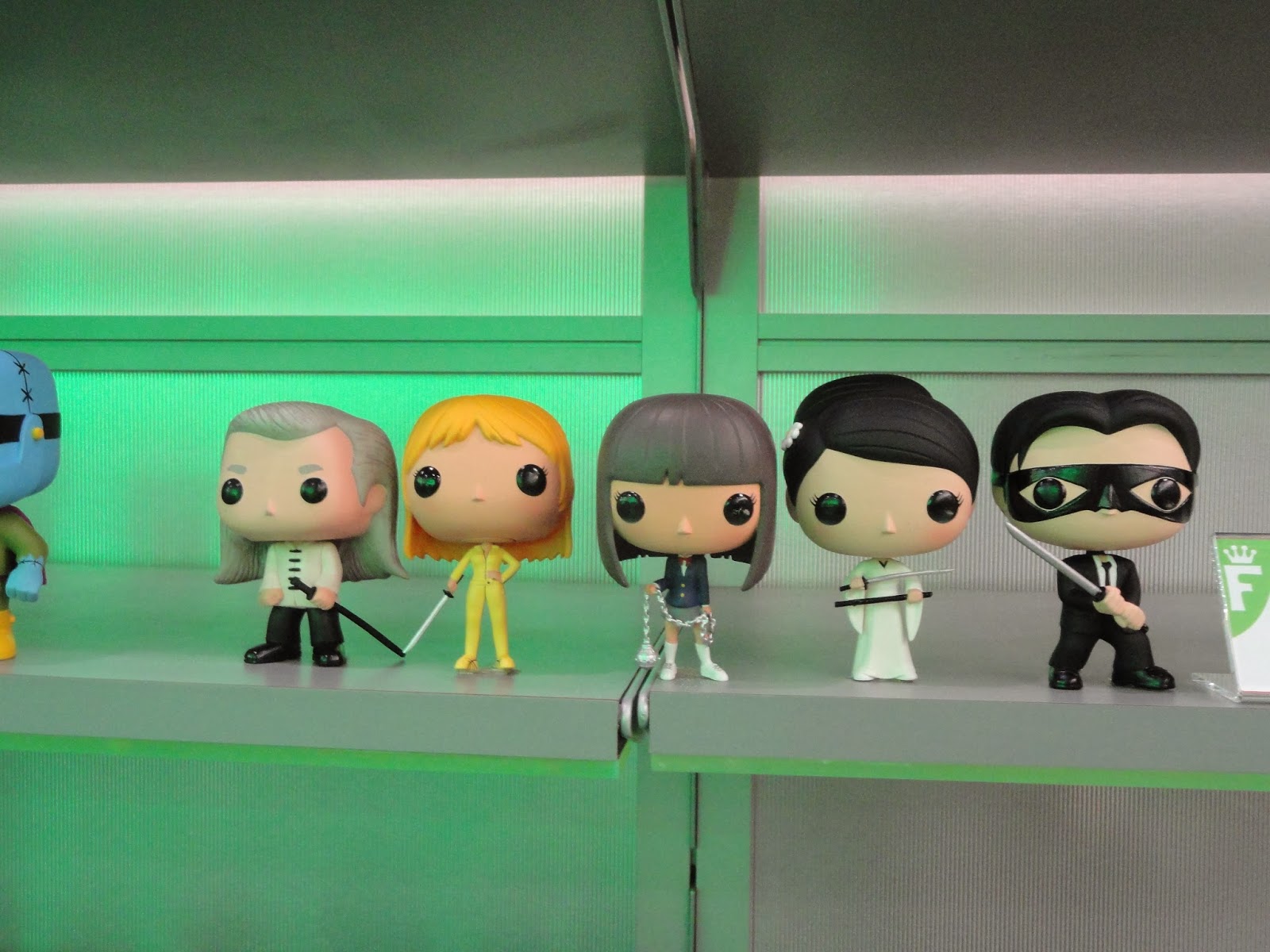 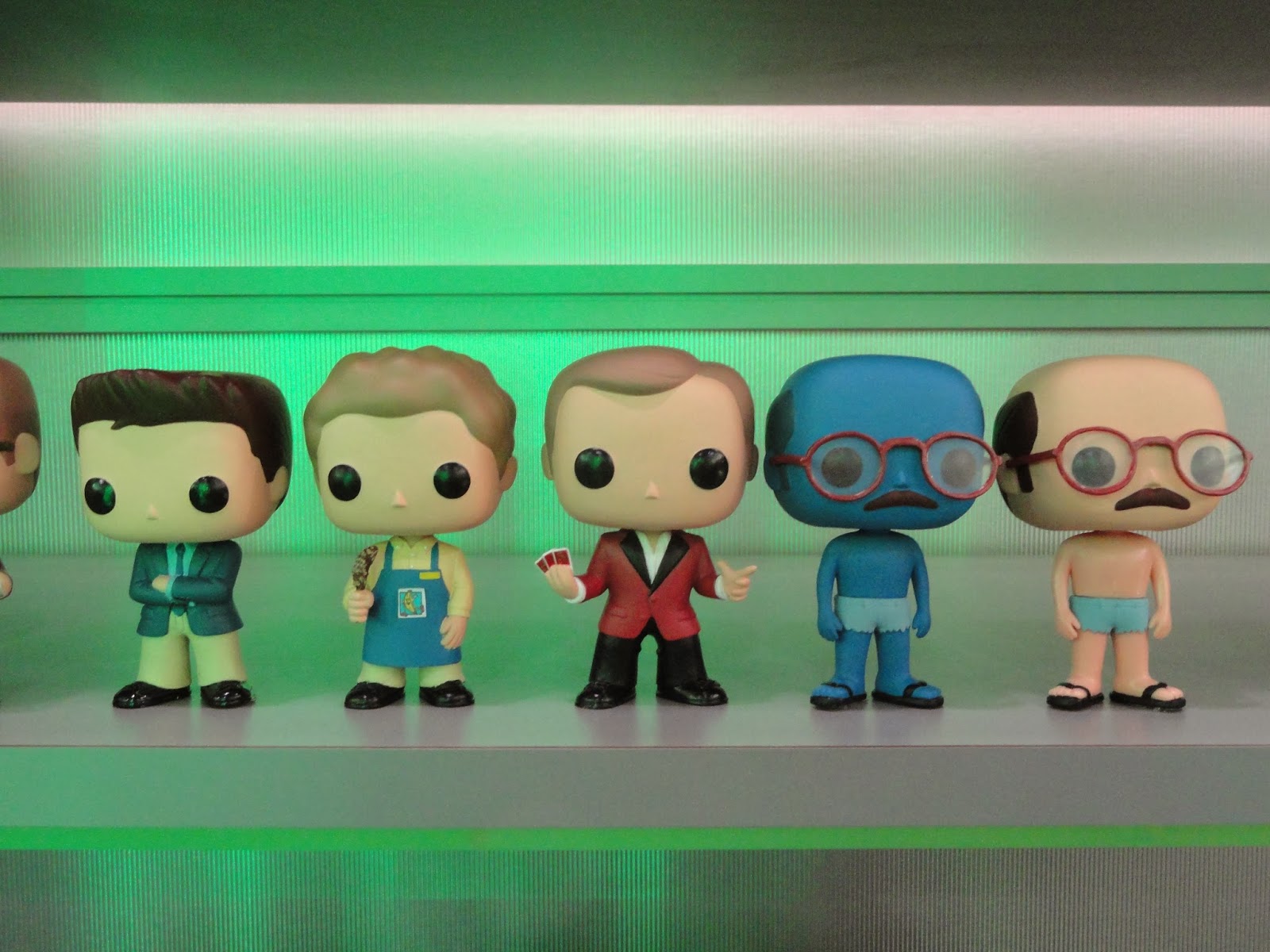 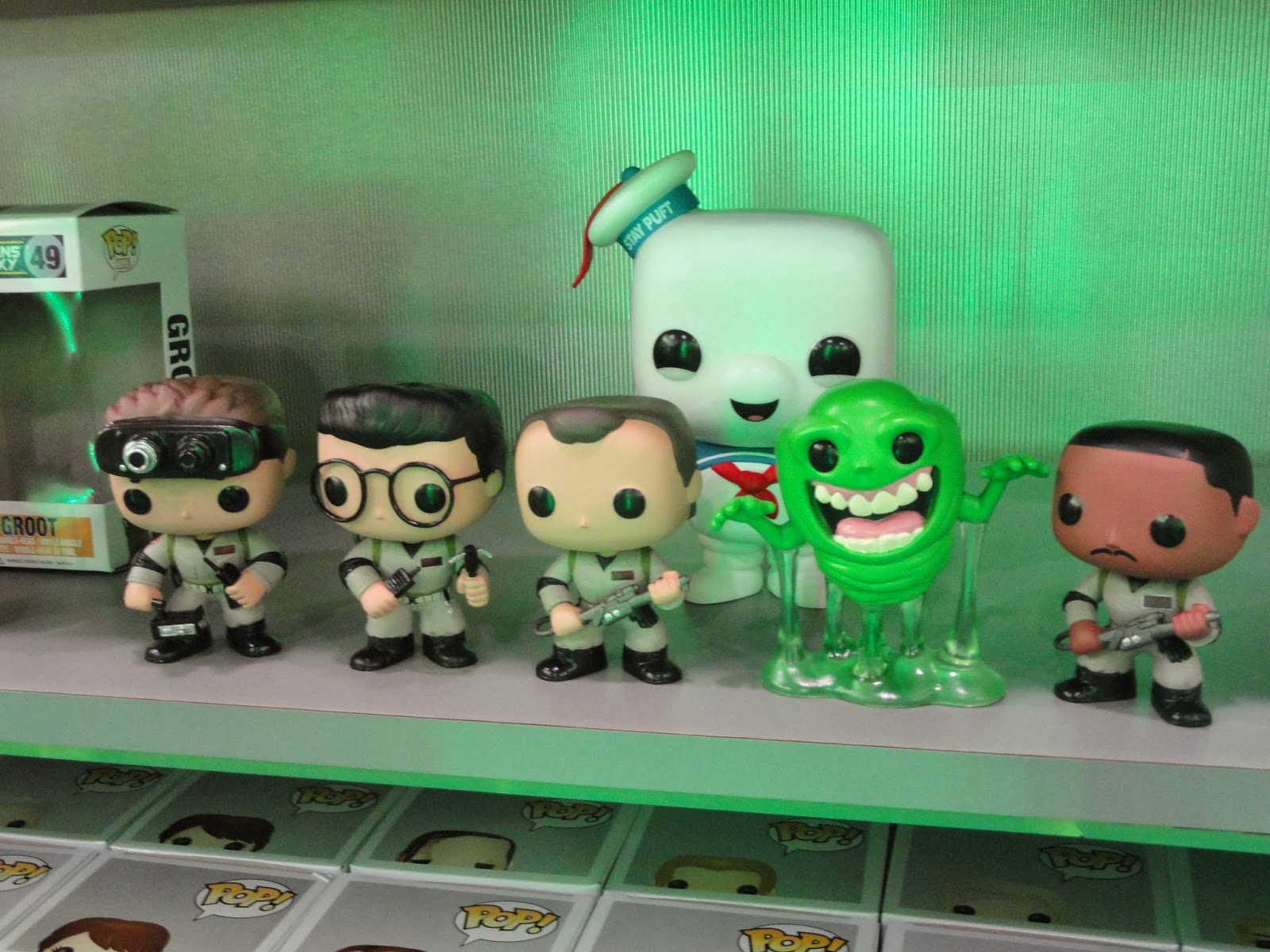 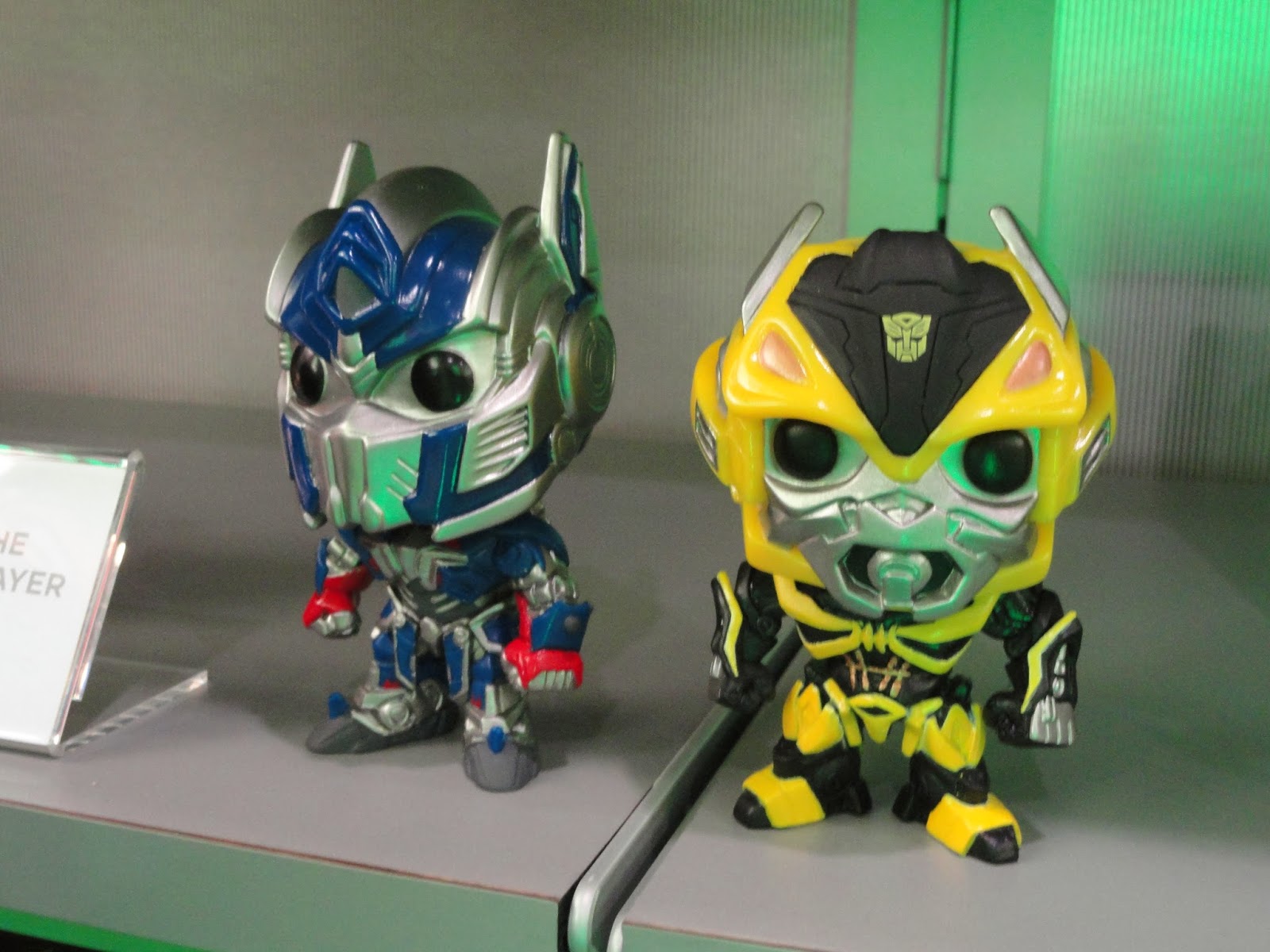 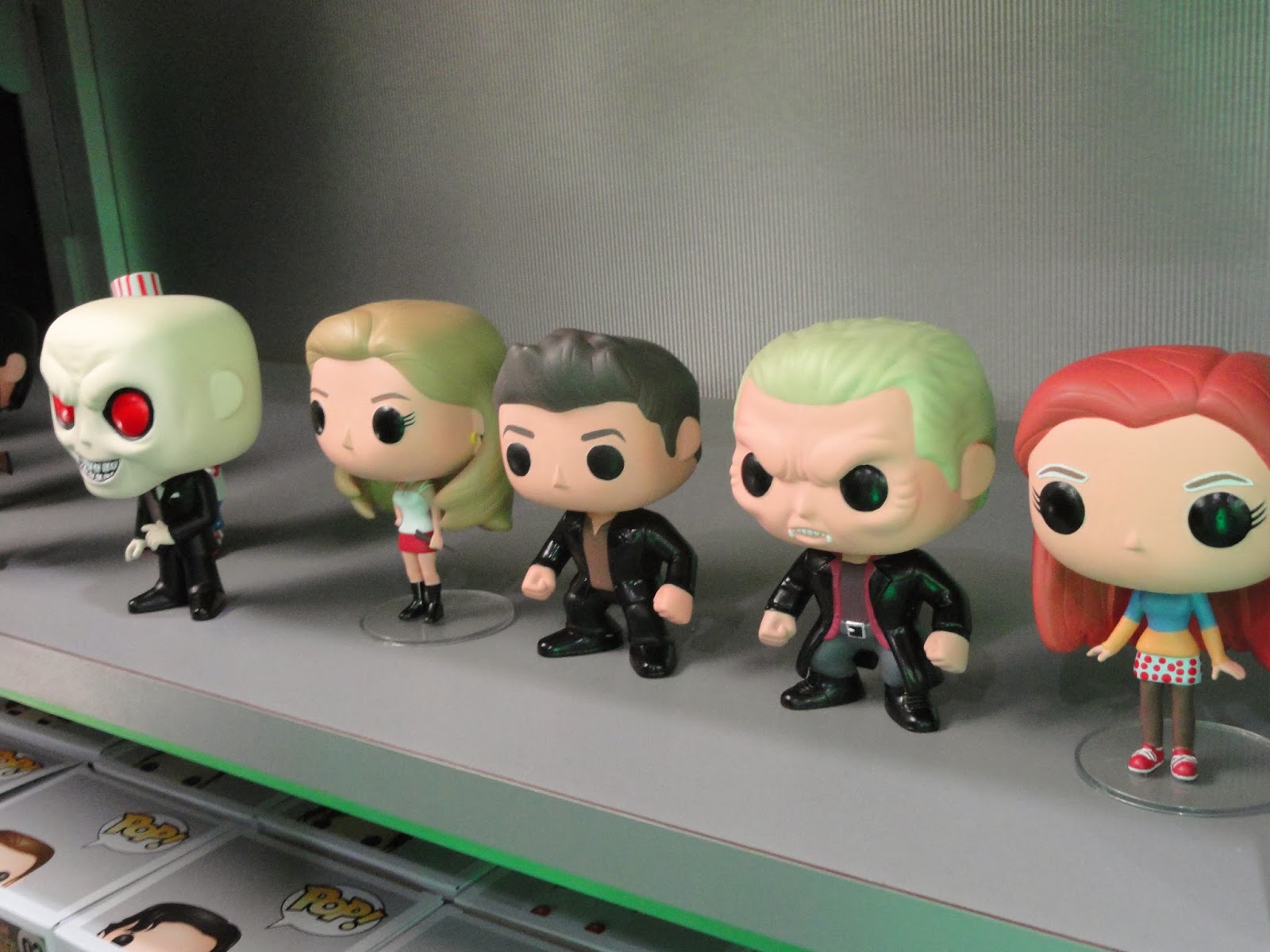