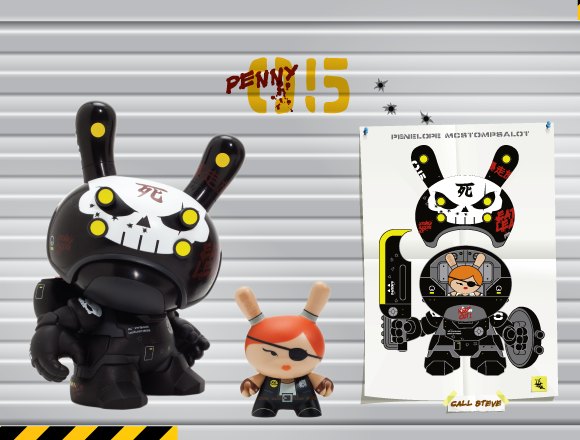 Oh snap son, look at this thing!  By now you may have already seen this new and impressive 8 inch Dunny from Huck Gee and Kidrobot, but that doesn't mean I'm not gonna put my two cents worth in.  I don't like to write about stuff the moment news is released about it.  I like to let the toy marinate in my head a little bit, and not succumb to any knee-jerk reactions I may feel upon the initial reveal.  Not that my feelings changed about this sucker one bit, because I am in love with it.  I have a soft spot for platform toys because I like to see what an artist will create while working within a set of parameters, such as the actual structure of the figure.  That's why I've always been a Dunny fan.  Of course not every design blows me away to the point that I must own it, but this is pretty spectacular.  And as if the giant mecha Dunny wasn't enough, it even comes with it's own little 3 inch driver. 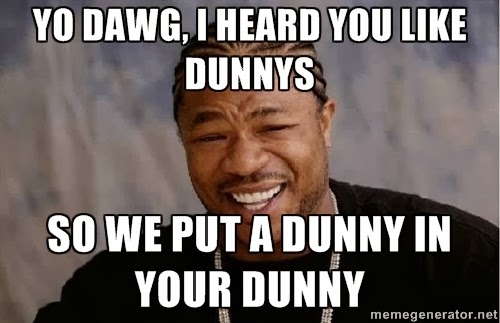 Crazy right?  And it comes in two different color schemes:  the black is a Kidrobot store and online exclusive, while the green will be available at retailers.  Now something this intense won't come cheap. It's gonna retail for $199.99, which isn't anything to sneeze at, but think about it like this:  you'd pay more for a tattoo on some random place on your body that you can't see without a setup of strategically placed mirrors, so why not for something that you will also own forever but can stare at on your shelf as much as you want?  That being said, I would love to borrow $200 from someone out there that is willing to quickly forget they loaned it to me.  Don't worry, you can think about it a little bit, as this isn't  going to be released until February 13th. 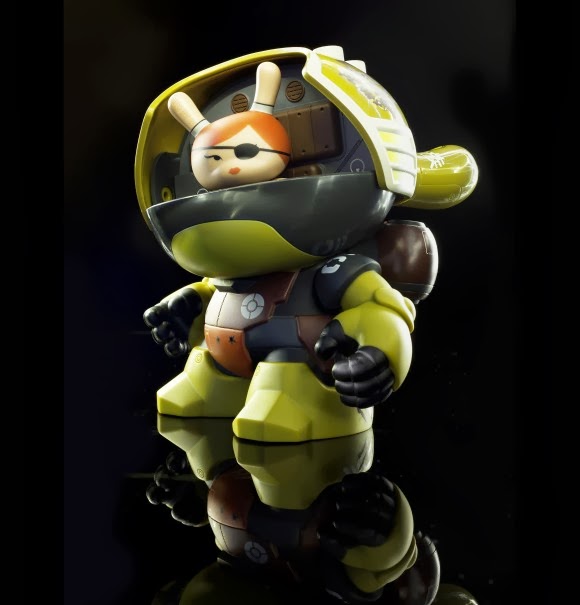 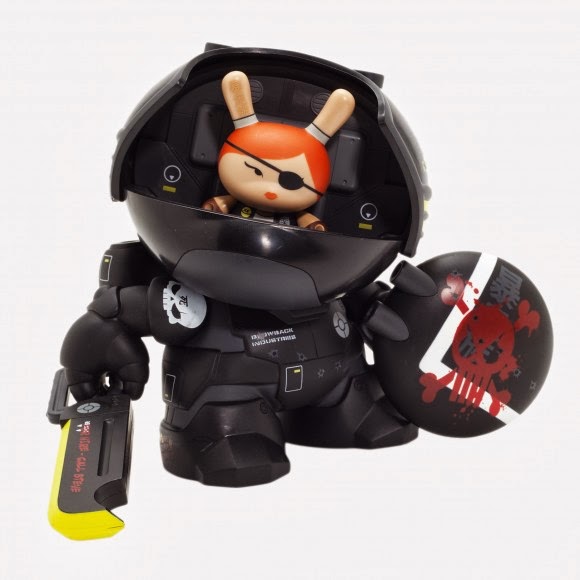