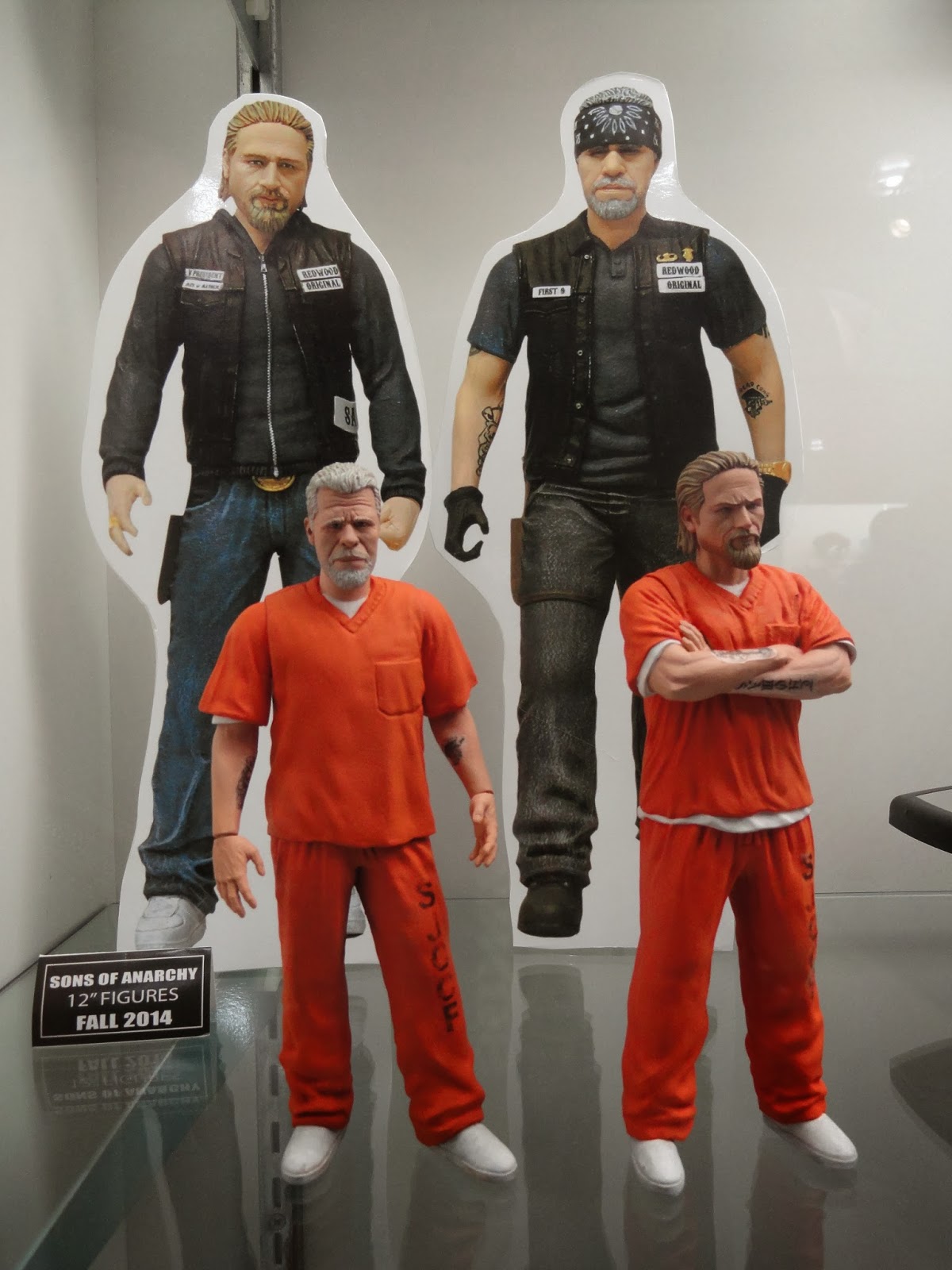 Toys aren't dangerous enough anymore.  When I was a wee little lad I used to play with Tonka trucks that were made out of sheet metal and would require you to be up to date on your tetanus shot.  And I had toy guns that looked like real guns just to up the ante if the cops happened to drive by.  Ok, I wasn't that tough when I was a kid and may or may not have cried if I got dirt in my mouth.  But we gotta toughen these little buggers up to prepare them for the realities of life, and what better way to do it than with toys from Sons of Anarchy.

Sure, these aren't meant for your little one's toy boxes, but there are a lot of important lessons to be had in the trials and tribulations of everyone's favorite fictional motorcycle club.  They can learn the ins and outs of running your own business (pornography, gun running, etc), interpersonal communication (usually involving fists and guns), and the importance of working as a team (to hide bodies).  Mezco are kicking off their line of action figures with Jax and Clay, but assure me there will be many more characters to follow.  And something tells me their plush line will be exceptionally popular with the ladies.  I swear if I come home and my bed is full of bearded dolls used as throw pillows I'm gonna be pissed.  Not that I like throw pillows or anything.  Moving on. 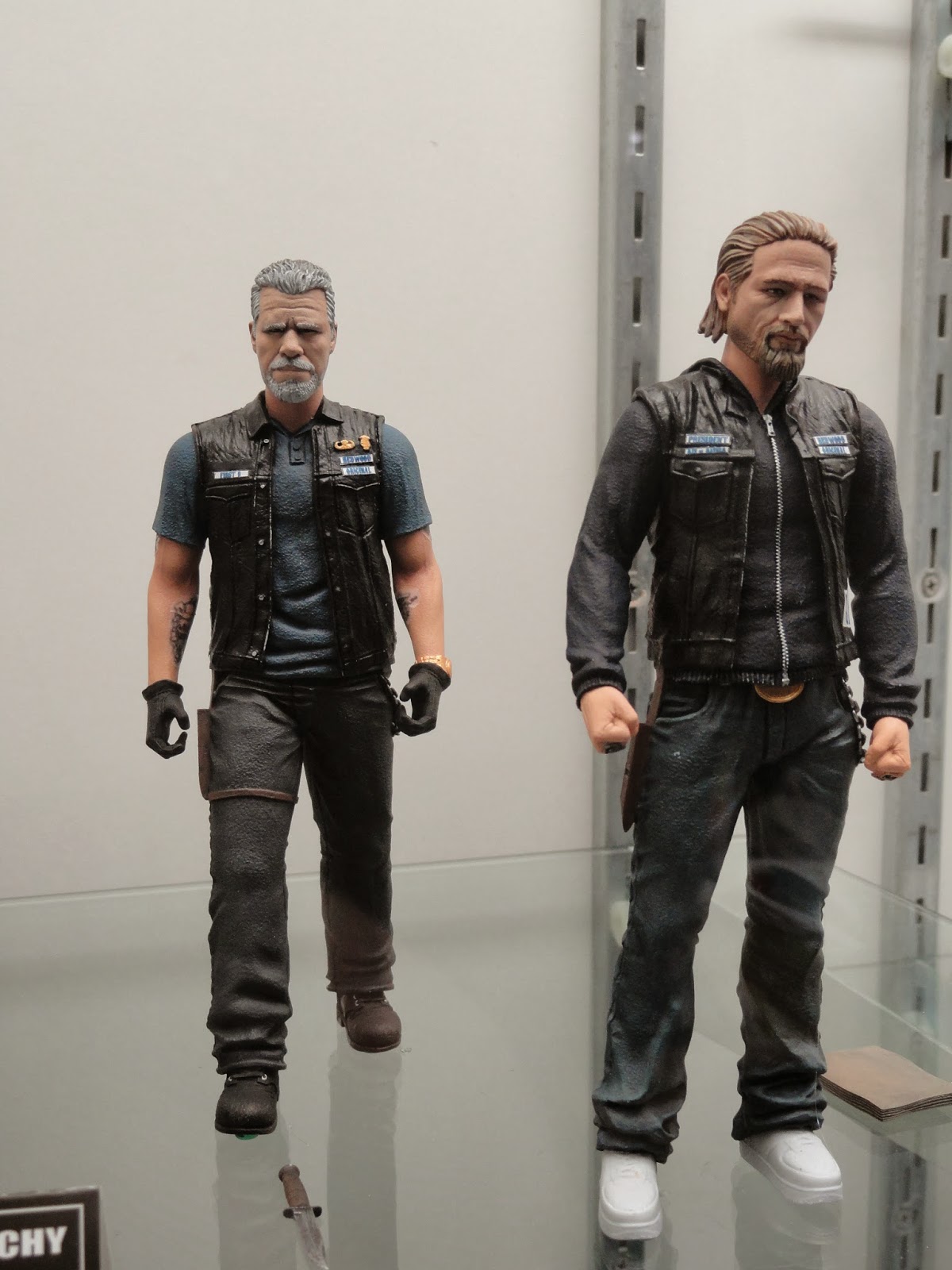 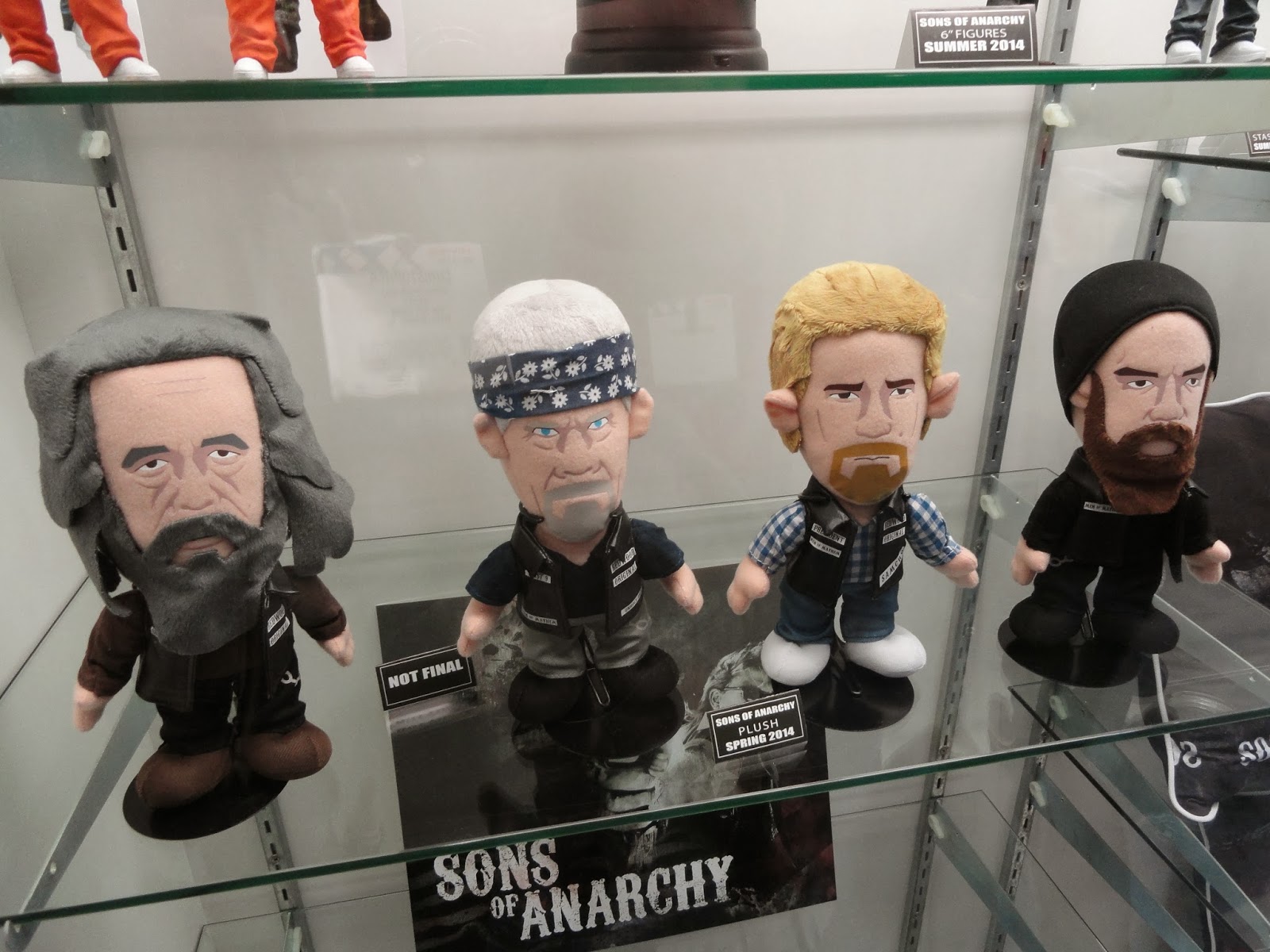 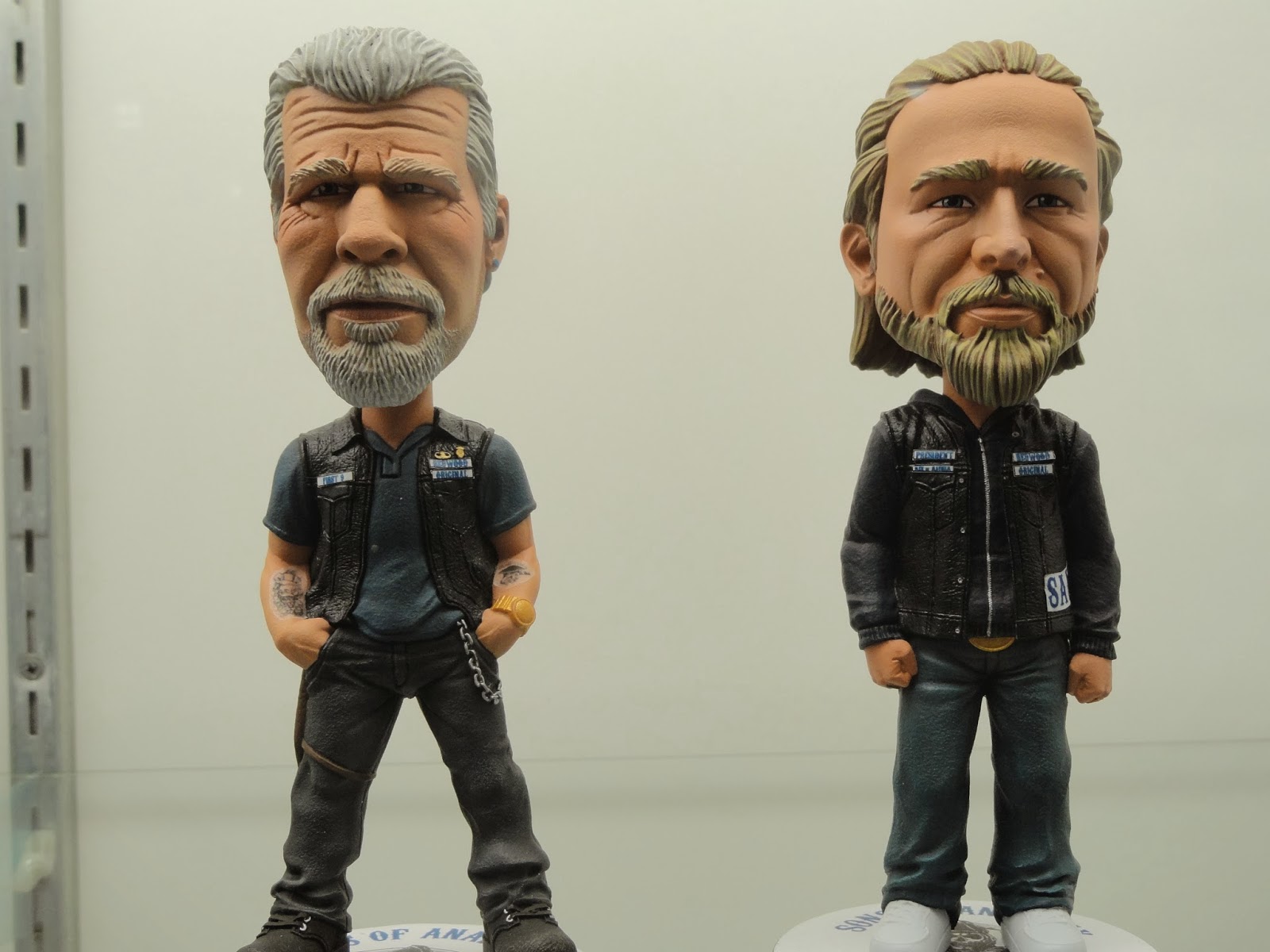 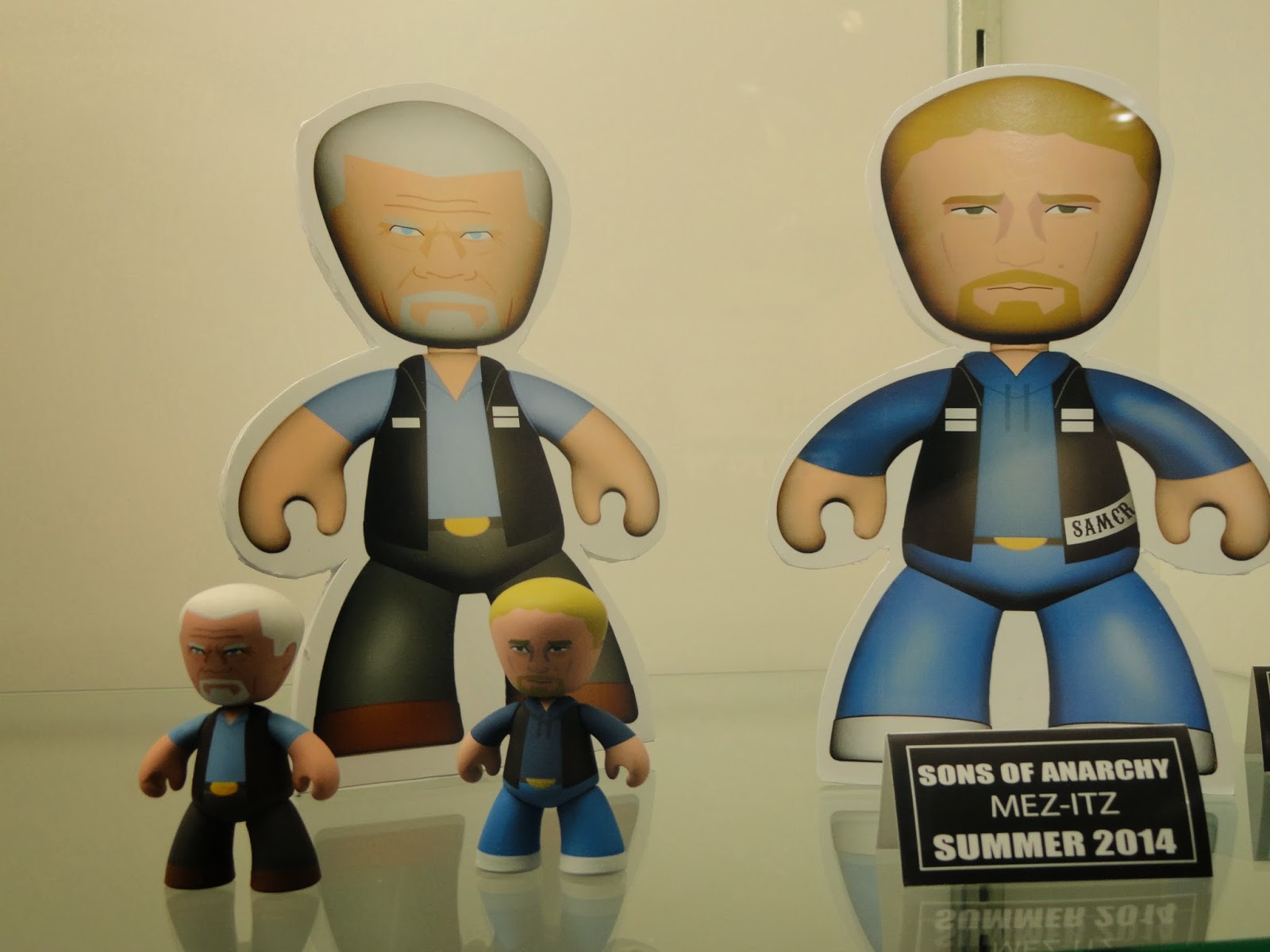 So maybe we can't all be outlaw bikers in real life because we're not fans of getting arrested or punched in the face.  It's cool though, cause we can still ride around on Harleys and get a taste of being a badass while we look out for potholes. But if you're a biker on a budget, or you just want your desk at work to convey how much you're really not into dealing with other people's nonsense, Maisto has a second series of bikes from the show that are perfect for you.  These diecast replicas feature every detail from the bikes that they use in the show, including their unique tank graphics.  You'll even be able to buy the tow truck that has been used on more than one occasion to get the boys out of trouble/escape from law enforcement.  Expect to see them in stores this June. 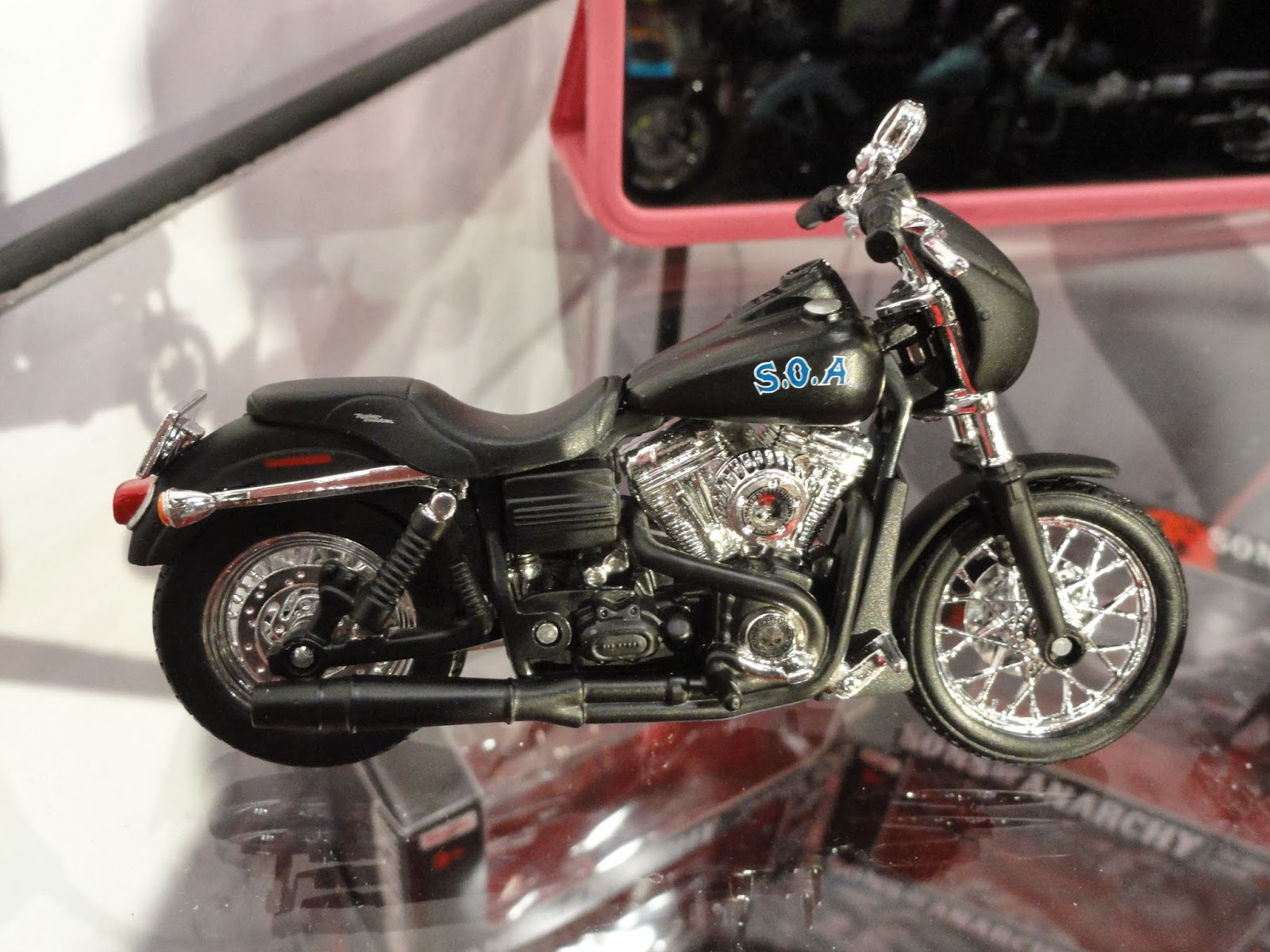 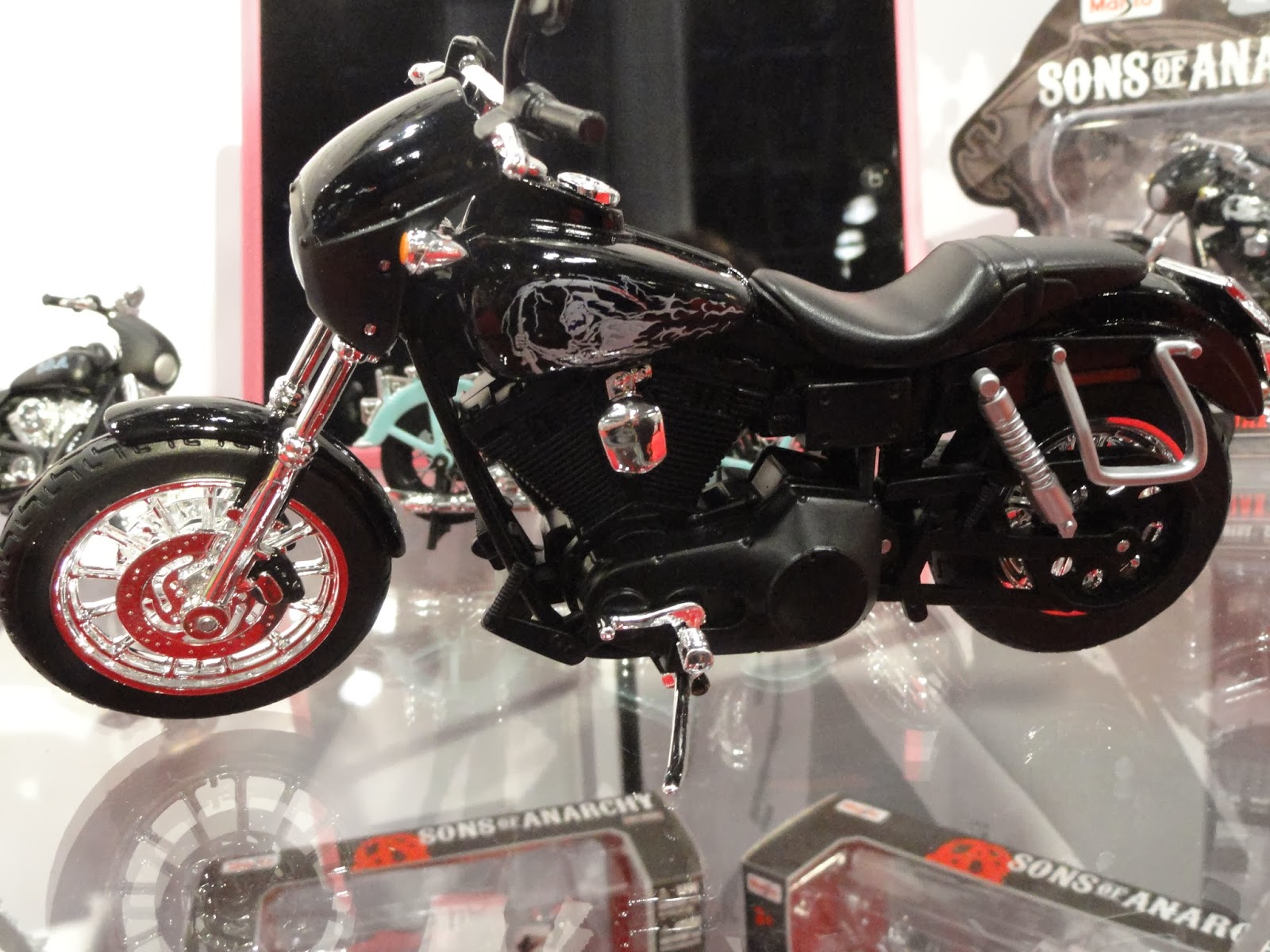 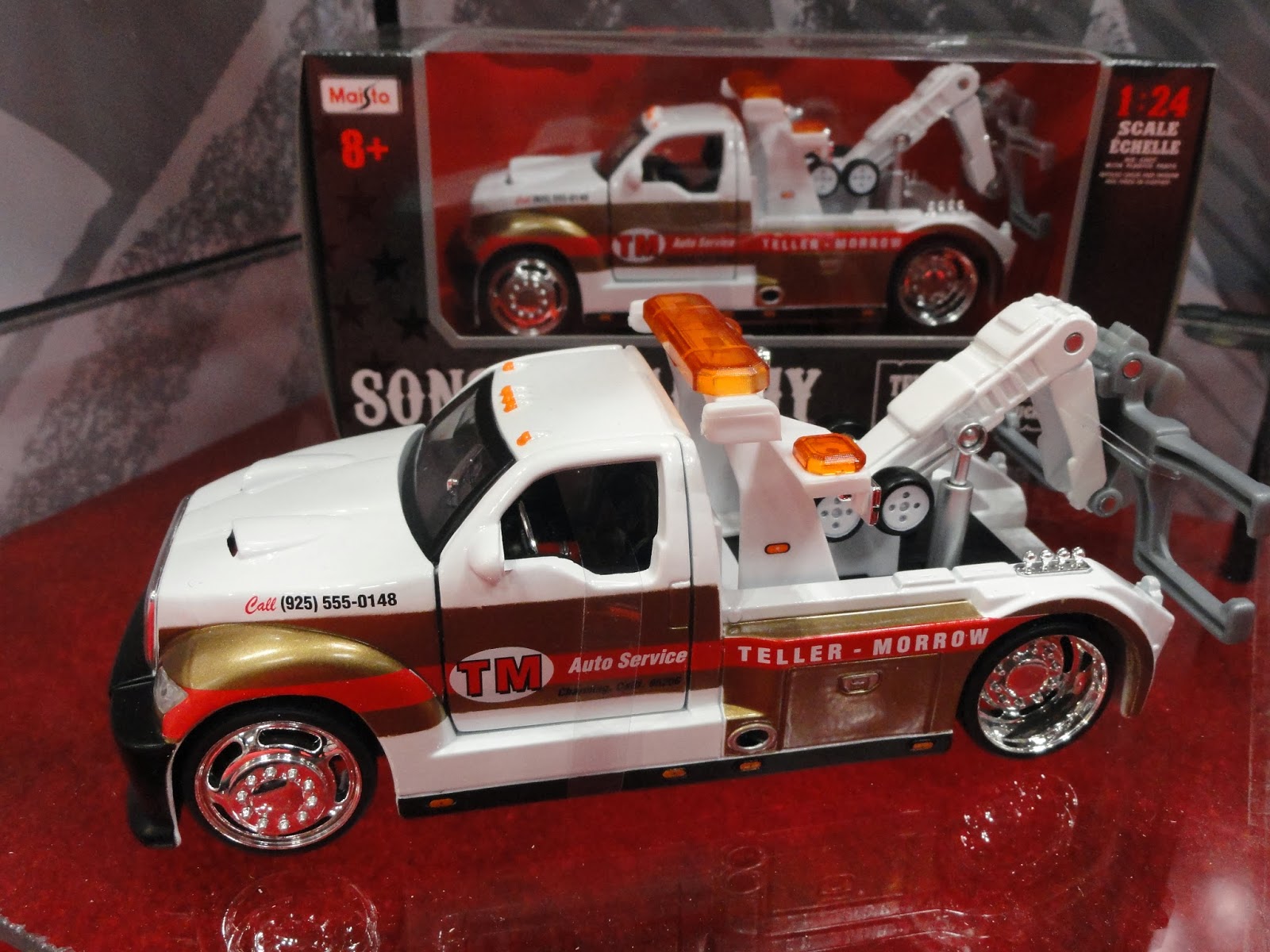 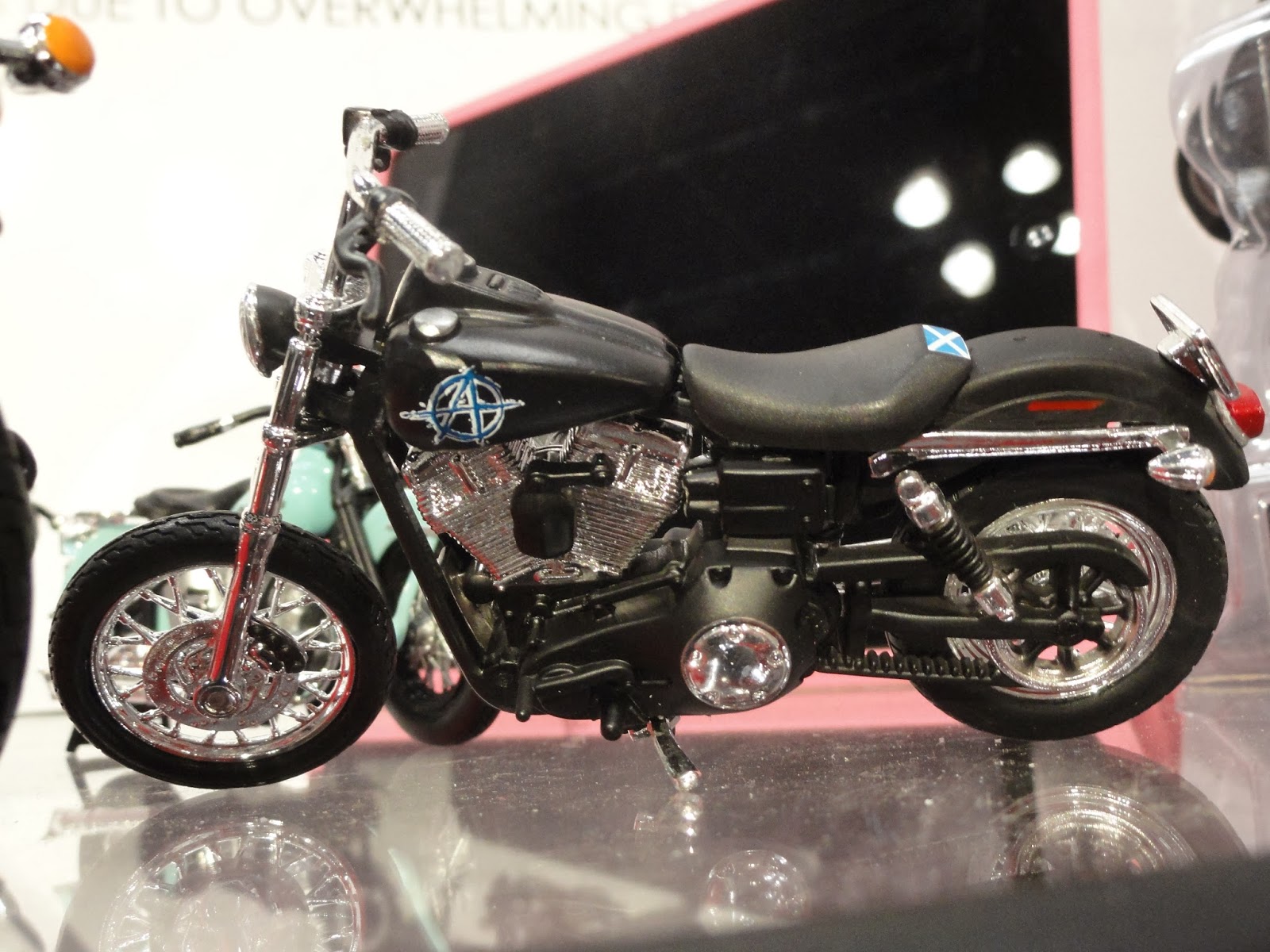 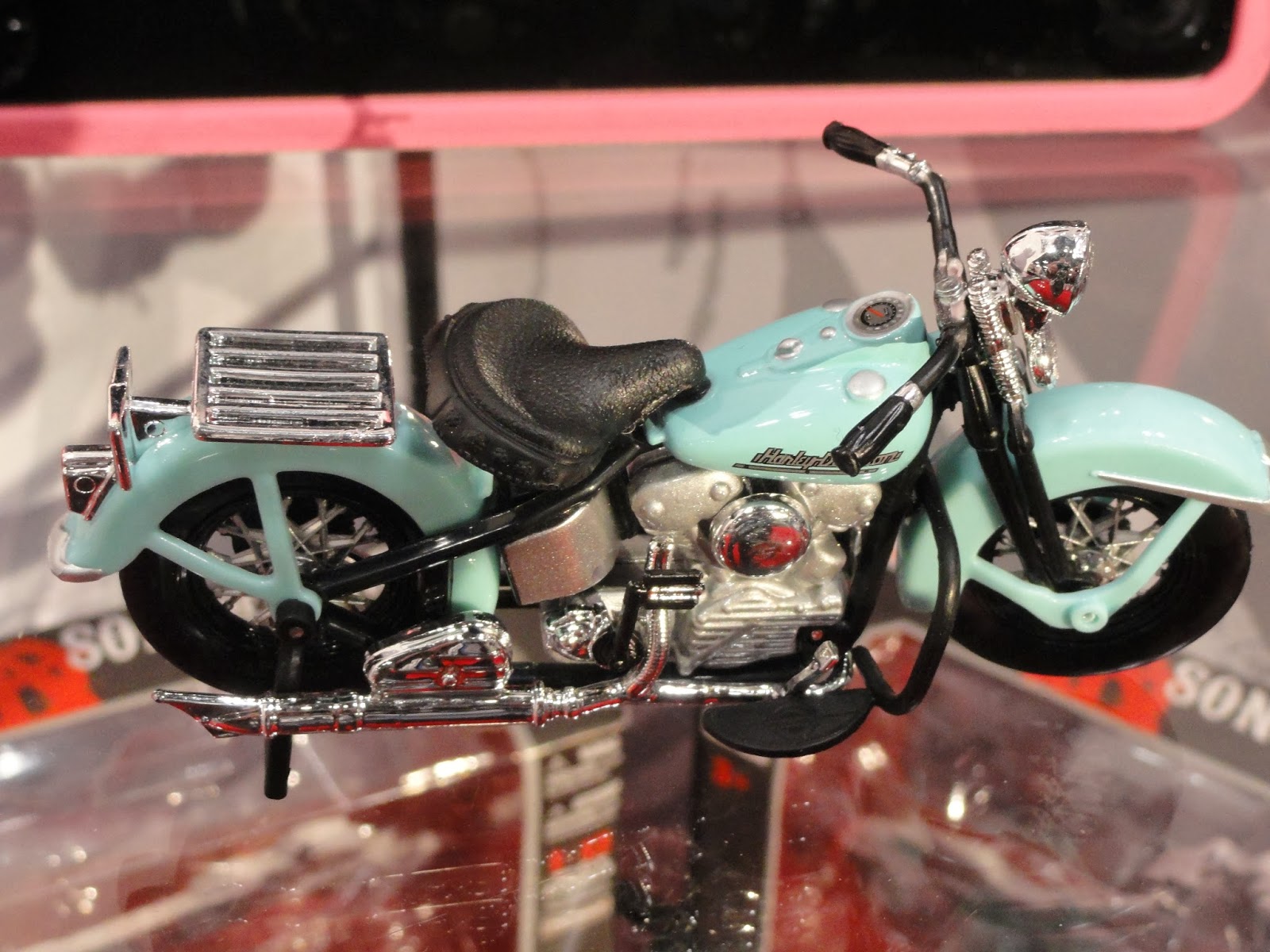