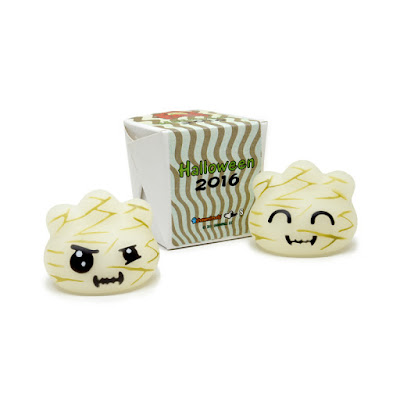 My wife's cast iron stomach is the type of thing they make up folk tales about, but I don't know if she would even eat mummified pork dumplings.  Not that I would rule it out entirely either, because there have been times when we've travelled down roads that were only on forest service maps and not even GPS could find us that she probably would have considered it.  A month ago we were traversing through the Idaho back country (which is pretty much the entire state) and it was hours past our lunch time.  We were trying to see a bear in the wild because I have never seen one outside of a zoo and I have this idea that it would be some magical experience when in all likelihood I would be telling you a story about how the thing ended up carjacking us and we had to hitch a ride back with some sketchy fisherman who wouldn't stop commenting on how purty I was.  We didn't find a bear, but she was kind of lamenting the fact that we didn't try and cook the two dead salmon we saw in the river.  I was even hungry enough that I didn't think it was the worst idea I had ever heard.

You won't have to worry about intestinal worms with these aged pork dumplings though because their ability to brighten up your collection far exceeds their nutritional benefits.  These delightful creations from Shawnimals, Squibbles Ink, and myplasticheart are available now in blind boxed form and feature two different styles to obtain.  If you're like me and need them both don't worry, because if you buy two they guarantee you'll get one of each.  And they glow in the dark, which is an added bonus if you are stuck on a lonely dirt road and nightfall approaches.  Pick them up now at this link.