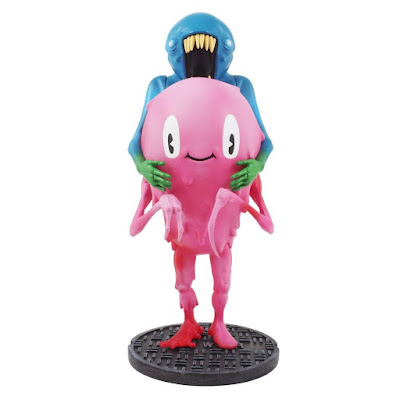 I have a cat named Jorah who likes to pounce on you and ride around on your shoulders when you aren't paying attention.  If you're lucky he jumps from somewhere high and lands squarely and sure footed.  If you're less lucky he will scale the back of your legs until he reaches his destination, leaving you with a trail of seeping claw marks along the way.  Sometimes I wonder if he sees himself as an evil genius a la Krang and I am just his monkey that he uses to do his bidding because I am taller and can reach the stuff he wants.  Sometimes I wonder if I overthink things.

At least Jorah has never looked like he was going to bite my skull cap off.  Not like I would know anyway because we don't have room on our walls for silly things like mirrors, but this duo from Alex Pardee and Mighty Jaxx really puts his antics into perspective.  And their symbiotic relationship is still healthier than anything that's ever been on Dr. Phil.  Only 200 of these best pals were made and they are available right now for $120 at http://mightyjaxx.rocks. 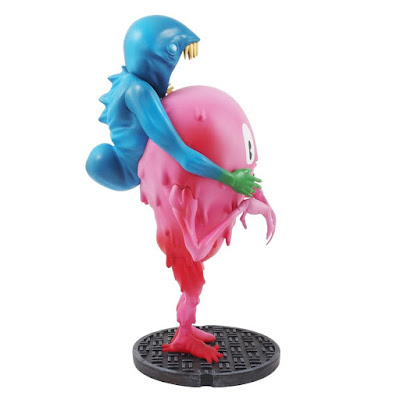