A Plethora of New Dunny Releases from Kidrobot 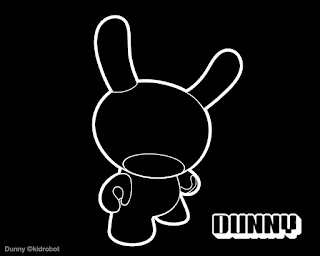 This week is like Christmas for Dunny fans, as Kidrobot has new releases in just about every size and style.  They've got big ones and little ones and cute ones and spooky ones and just about everything in between.  You could knock out everyone on your Christmas list in the first week of October and really slack off the rest of the year.  It's great for people like me who have dreams about waking up on Christmas morning and not having done any shopping what so ever and trying to figure out how you're going to escape from your family and where you can escape to that would sell things that you could pass off as presents.  Not that I wake up drenched in sweat or anything after one of those and freaked out until I'm relatively sure it didn't happen in real life. 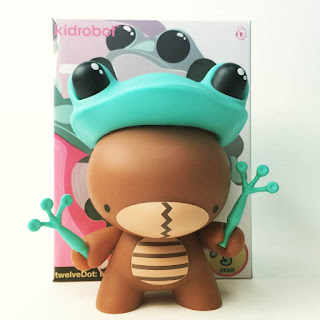 The first release will go down on Tuesday, October 4th with this adorable cosplayer from twelvedot.  He'd look right at home dodging some 8bit traffic on the New Jersey Turnpike.  This is the 3rd release as part of the Emerging Artist five inch series and can be yours for only $34.99. 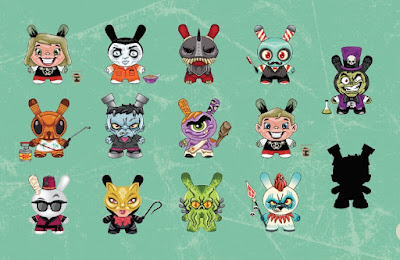 Next up is a whole dang gone series from one Mr. Scott Tolleson.  They're called The Odd Ones and they're a bunch of familiar characters reimagined in 3 inch Dunny fashion.  Sold blind boxed for $11.99 each you know you can't just get one, cause that's like eating just one Kit Kat from the bar, which would be dumb.  Don't be dumb. 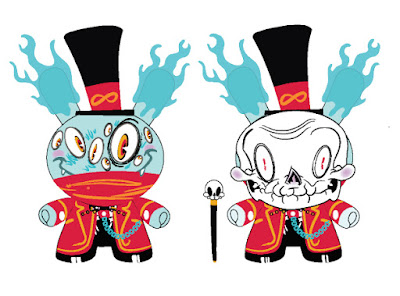 And last but certainly not least is the 8 inch Lord Strange Dunny from Brandt Peters.  Dude is wearing a skull mask, which you know has got to be concealing something crazy.  I mean, when wearing a skull is the most reasonable way to go out in public you know life has taken an interesting turn.  Both this bro and The Odd Ones series will be available starting Friday, October 7th.